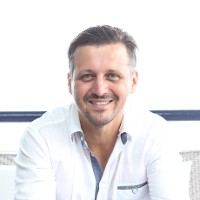 Luke Jecks says he distinctly remembers the moment he launched his crowdfunded winemaking platform Naked Wines in Australia in 2012.

“I was standing in the warehouse surrounded by all this wine, thinking ‘Oh my god, I hope this works,” Jecks tells SmartCompany.

The idea was simple, but disruptive: wine-lovers would pay to become an angel investor, their money would go to fund the winemaker’s production and they would be rewarded with discounts on the drops they liked.

It was a revolutionary concept in an Australian wine market that is 77% controlled by Woolworths, Wesfarmers and Treasury Wines.

“We connect customers and winemakers like a matchmaking service,” explains Jecks.

“The winemaker has been pushed into the background in an attempt to turn wine into a commodity, but we make them 100% accountable to their customer and they respond back and forth to each other.”

“It’s like giving a winemaker their own restaurant, letting them make the wine they want to make and then they can wander the tables after it’s been served to see what customers think.”

Jecks’ friend and company founder Rowan Gormley – former right hand man of Richard Branson at Virgin Money – had already launched Naked Wines in Britain three years earlier but the men had a hunch the business would take off quicker in Australia.

“The UK operations had been going three years and they were just about profitable by that stage. But the UK is not a [wine] producer country, so we had an idea it would work better here,” says Jecks.

“Firstly, we are producer country that produces amazing wine. Secondly, we have a more dominated industry than anywhere else in the world and thirdly,

Australians are pretty patriotic, they valued the artistic freedom of winemakers.”

Jecks’ hunch was right: four months after launching Naked Wines, the platform was so popular in Australia it couldn’t keep up with demand.

Just three years later and Naked Wines has passed all of Jecks’ expectations, with 35,000 angel investors having commissioned close to 300,000 cases of wine, and is on track to turn over $30 million this financial year.

On the eve of being announced as the international group’s chief executive, Jecks sits down with SmartCompany to chat about why he structures his day in reverse to get everything done and why he welcomes competition from the big players.

Jecks puts most of us who label ourselves ‘early risers’ to shame – jumping out of bed at 4.30am each morning, or 5.30am if he’s sleeping in.

“It’s all built around seeing the sun rise – I love seeing the start of the day so I’ll make sure I’m at the beach by sunrise,” he says.

After getting in a workout of either a run, swim or kayak, Jecks is home by 5.30am to have breakfast and spend time with his wife and two young boys. He’ll then sit down and check everything that’s happened with the business overnight, writing a list of tasks and their priorities.

Jecks explains his early morning routine is done for a good reason: to carve out time in the morning to do those things that would otherwise fall by the wayside for the entrepreneur.

“Exercise, time with family, making time to think clearly and give myself space to act on it – all of those things are important and the only way to ensure it happens is to do it first thing – if you do it last, it’s too easy to compromise,” he says.

While there’s no typical day for the entrepreneur, Jecks’ day includes following up the tasks on his list, lots of meetings, and if he’s lucky, a bit of wine-tasting. He admits he loves a good drop, but isn’t a “wine nerd”.

“I’m the least wine-nerdy in the industry,” he laughs.

“Because I think as soon as it becomes too nerdy, it becomes hard to connect with customers.”

But with a team of more than 40, Naked Wines does have plenty of staff who can tell you about the gooseberry overtones of a pinot. In fact, hiring the right, passionate people has been an important key to Naked Wines’ success, according to Jecks, and something that’s allowed him to take a step back as the company has grown.

“Letting go is the hardest part, so you absolutely have to put people in place you trust and think have the right skills, then back them all the way,” says Jecks.

“It’s like watching a child learning to ride a bike ride away from you – they’re a bit wobbly, but it doesn’t help to run after them. All you can do is guide them and step back. And if they ask for your help, you need to be ready.”

For Jecks, a balanced work-life paradigm is not only key to mental and physical health, it’s also better for business.

“[Being an entrepreneur] can envelope you and you can find yourselves putting so much time and effort into business,” he says.

“You need to establish a strong base at home and a strong identity outside of your business – that makes you a better entrepreneur and allows you to deliver more at work. It’s easy to get busy and just think you’re doing the right thing.”

In his down time, Jecks loves to stay active by being involved in surf lifesaving, coaching his boy’s rugby team and playing rugby himself.

But he admits front-loading his mornings and getting in lots of physical activity can have its drawback:

“I’m a complete bore by ten o’clock. I go to a wedding and look at the time and say, is it over yet?” he laughs.

In the next 12 months, Naked Wines plans to bring on, or “liberate”, another six winemakers.

“That’s the number one objective that everything flows under. Since the day we launched, all we ever said was,  we want ten winemakers on board, we want to get to 20, 30.”

Hinting at plans to open a bricks-and-mortar presence in coming years, Jecks says he’s not afraid of competition because there’s still plenty of the established market left to bite into.

“People say to me, ‘don’t you dislike Coles and Woolworths?’ And I say, ‘No, they kind of made it easier for us’. They are part of the problem that we are solving,” Jecks says.

But he says there’s not been any time to reflect on Naked Wines’ growth and rest on its laurels.

“You constantly live in that gap between where you are and where you think you could be, you’re constantly thinking about the potential of the business… And I think there’s still plenty to do.”