Diary of an Entrepreneur: Melanie Perkins and her graphic vision of Canva world domination 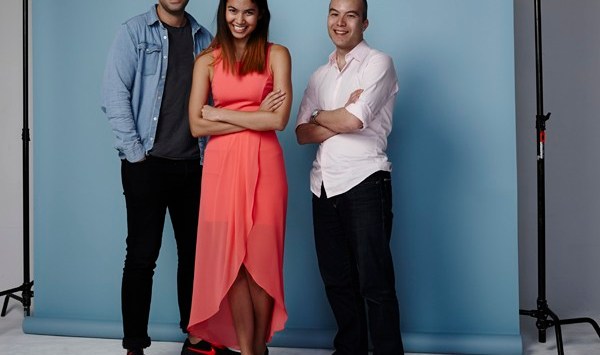 “So far we’ve had incredible feedback but it is early days,” she told SmartCompany.

“There’ll be lots of things we’ll be improving, new features. Soon businesses will be able to upload fonts, a lot of businesses have been asking for that.”

More than 200,000 businesses have already signed up for Canva for Work and some of the other numbers Perkins reels off are equally impressive for a business just under two years old: Canva has four million users across 179 countries who have created a total of 30 million designs thus far.

Canva doesn’t disclose its turnover but has so far raised approximately $US12.6 million ($17.2 million) in funding.

Perkins says the idea for Canva was born back in her university days eight or nine years ago, but a chance meeting with venture capitalist Bill Tai in Perth a few years ago gave the business the kick-start it needed.

“We had a very short chat, he said if I went to San Francisco he would meet me,” Perkins says.

“A two-week trip turned into a three-month trip learning about startups.”

Perkins’ mornings are rarely the same but there is one constant: she starts her days with a coffee.

“I have a piccolo with a sugar,” she says.

Next port of call is to check the company’s social media accounts “to see what people are saying about Canva” or to gauge reactions to Canva’s latest campaign.

Perkin’s normal morning routine then involves getting into work and checking in with each of her projects.

Perkins, who is based in Sydney, also travels a lot for work, often spending time in San Francisco and Manilla.

When she’s in Sydney, her focus is on forming a closer relationship with each of her teams, Perkins says, adding the key to her working dynamic with Canva’s three co-founders is communication.

“My main thing is focusing on the team; working on vision with the product team and marketing teams,” she says.

But despite the variety in her role, Perkins says there are a couple of points in the week she and the other Canva co-founders find they stick to “religiously”.

Monday’s are about team meetings, where the leaders meet with every team to run through goals and objectives. Friday’s are for “full team stand-ups”, where teams run through what they have done for the week and what they plan to do the next week, using presentations created through Canva as part of the show and tell.

“It’s a really great thing to do, I strongly recommend it,” she says.

Another consistency is around lunch: everyone in the Canva team has lunch together.

“Having lunch together is one of strongest things you can do for culture,” Perkins says.

“When people are feeling strong friendships and social networks, they feel part of something.”

Perkins says the three founders found lunch together was always one of the most important parts of their week, although it has changed a little over the years.

“We used to have lunch around mum’s living table,” she says.

“Now we have a chef who comes in and cooks.”

Like many other entrepreneurs, there is plenty of crossover between Perkins’ work and leisure time.

“I’m learning Spanish, we’re hoping to launch in Spain soon,” Perkins says when asked what she does in her down time.

Perkins isn’t shy when asked about the future for her and Canva.

“It’s world domination, with a long way to go yet,” she says.

“We feel with four million users we have really stared to make strong strides in that direction.”

And despite ticking Canva for Work off her to-do list, Perkins isn’t slowing down.

“We are very excited to continue on our path, as far as the product goes,” she says.

“There’s a lot more fun in store for the team.”