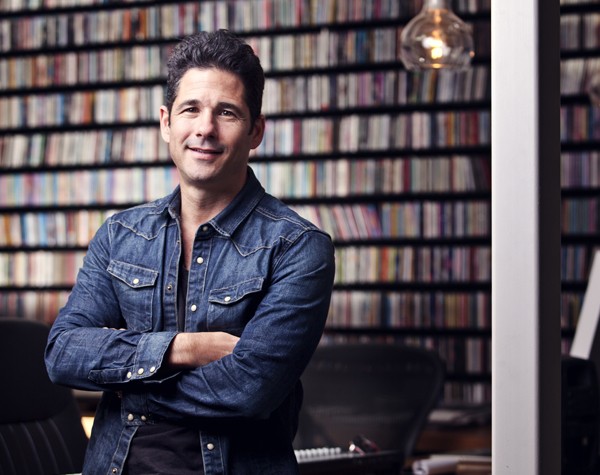 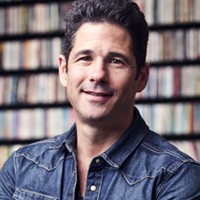 When it comes to the background music industry, Dean Cherny is a bit of a stalwart.

The Melbourne-based founder of background music subscription service Marketing Melodies and its latest invocation, storePlay, Cherny has been supplying retailers and businesses with licensed playlists tailored to their needs for almost three decades.

The business was born out of a love of making music – Cherny has also carved out a career as a well-respected DJ – and a final year university assignment he completed while studying marketing at Chisolm Institute.

“A group of three of us had to present to someone in the industry,” he says.

“After the meeting, the person we presented to said ‘Do you want to do this in the real world?’”

While the other two didn’t show much interest, Cherny says he decided to “plug ahead” with it.

“I do still see these guys and we joke about the fact I now supply music to about 3000 stores,” he says.

Cherny says Marketing Melodies has evolved greatly from the early days when he made mix tapes on vinyl cassettes in his bedroom to sell.

He says his point of differentiation at the time was the ability to make customised music programs on the tapes that he would then post out to clients or drop into their offices.

Things got tricky once the client had listened to it and provided feedback though, because any changes meant Cherny had to redo the songs on each side of the tape, a “very time-consuming” process.

“Needless to say I was pretty happy when CDs came around, it meant I could start doing my masters on CDs and be duplicating at high speeds,” he says.

“It meant as my business started to grow I could actually be more efficient.”

Cherny was always interested in owning a music subscription-based platform and, in the early 2000s, wrote a business plan about trying to build a download system.

“This was prior to iTunes but the bandwidth was still too small, retailers couldn’t do it,” he says.

“In 2010 the iPod came out, that really then allowed me to build a platform that would allow me to own my own platform.”

In November 2012 Cherny launched storePlay, which he describes as the world’s first app-based music subscription service for businesses.

“I created a website that allowed retailers to go and directly subscribe to playlists without having to deal with any third party. That’s gone exceptionally well, and allowed me to double in size since then. Our catchphrase is ‘music in minutes’,” he says.

StorePlay’s technology allows small businesses and larger retail chain clients to select playlists that suit their needs and to download that playlist instantly.

As part of their subscription, customers can also opt-in to have storePlay manage their licensing fees and royalties, meaning the business need not worry about exposing themselves to fines.

“Anyone who works with music in commercial environment needs to work (with these licensing bodies),” Cherny says.

Thanks largely to the success of storePlay, the past financial year has seen Marketing Melodies turn over $1.6 million, with Cherny aiming to hit the $2 million mark in the next year.

SmartCompany chats with Cherny about some of the challenges that have made the business what it is today and where his love of music and entrepreneurship came from.

Cherny’s mornings usually begin around 6.30am, when his two young children wake up. Because he works from home, with a warehouse studio attached to his house, Cherny says his morning coffee routine has become an important ritual.

“I get up and help my wife with the kids and breakfast, but I’ll go out for a coffee after breakfast,” he says.

“I enjoy getting out of house each morning, if I don’t go out and get coffee I might not get out all day.”

Cherny recently put on his first staff member, who joins him to work from the studio at 9am.

“He’s taken on the curation of programming, which has freed me up to do more work on the business,” he says.

Cherny says the need for an employee came about early this year when he found himself working “unsustainably long hours” and realised he needed someone to help share the workload.

“As a sole operator for 25 years this prospect was extremely daunting. What sort of resource do I require? Do I want someone senior or junior? What elements of my role am I prepared to hand over?    For the first time, I had to really evaluate myself, and my business, to ascertain the areas of weakness,” he says.

Cherny says he realised he was spending 50% of his time on music programming.

“While good music keeps my clients happy – it wasn’t the thing that was going to help me increase top line sales rapidly. This was the light-bulb moment for me, when suddenly I could see that I really needed to recruit an expert in music programming,” he says.

Cherny says his day-to-day work life is varied; some days there’s meetings, others he spends a bit of time on the phone. Working from home can also throw up its own set of unique challenges – and advantages.

“The kids are two and four, one at crèche and one at kinder,” Cherny says.

“The four-year-old finishes at 3.30pm, and then is home at 4pm. With the studio attached to the house, they can come in and out. But I love the fact I’m home most of the time. I can talk to my four-year-old about what the day is like before they get too tired,” he says.

“I can take that time to spend time with them.”

Cherny is comfortable with the fact his business has taken a while to grow to the point it has today.

“Prior to that I was happy with a good business, a great lifestyle and not too many stresses,” he says.

Once he built storePlay, however, Cherny felt more compelled to make it pay off, especially with a young family in tow.

He says he initially engaged a digital strategist and worked hard to get the plan off the ground.

“I knew there was a market for it. I really had undying belief in it; I felt it just made sense,” he says.

Cherny says while the background music industry had some big players in the space, for businesses it was often full of expensive proprietary equipment and long, binding contracts.

“It wasn’t a seamless process – it was hard for retailers, which had to talk to someone different for each step. I thought there were many ways to improve on it,” he says.

Cherny says as an independent music supplier for 20 years, he had always talked to clients and would listen to concerns about how things were done.

“I constantly made mental notes about their complaints and tried to put all of that into the build of storePlay,” he says.

But Cherny admits one of the key challenges for him as a business owner has been his perfectionism.

“When building storePlay, it was never just about the minimum viable product, I wanted it to be best of everything,” he says.

“A key challenge was to stick to what we planned on building rather than implementing new ideas and additional costs to the build. It was about having to remain focused.

“I think as I build other stuff, I think I will be smarter about saying OK, it doesn’t need to be (all this right now).”

While he still enjoys occasionally being a DJ in his spare time, Cherny has cut back on the time he spends at clubs and events.

“DJing has been a huge part of my life,” he says, adding he also tried his hand at gigging in a band. Cherny is a former member of the band Dirty Laundry, and supported George Michael in 2010.

These days, you would be more likely to find Cherny networking with other business owners at Entrepreneurs’ Organisation events, after joining the organisation about a year ago.

“At this stage I don’t think I’ve ever walked away from an event without one piece of knowledge,” he says.

“Having only ever worked by myself, I’ve really enjoyed networking. It’s really enriching to be part of that and meet really driven people. Entrepreneurs are really special people.”

Cherny believes his mother and father had a big influence on his passion for music and entrepreneurial drive from a young age – his mother always loved music, while his dad was a shirt manufacturer and used to go on buying trips to the US.

“He is a small business owner who started his own shirt manufacturing business,” he says.

While his dad had no real interest in music, he used to bring back albums from abroad for Cherny’s mum, usually selecting them on the quality of the cover art.

“We developed a great record collection of disco, funk soul albums. That ignited that love of music in me,” he says.

Cherny has had a big part to play in the music side of things for the Melbourne’s Spring Carnival and creating music for David Jones and Myer, and has done a lot of work with fashion over the years, including Melbourne Fashion week and Melbourne Fashion Festival.

“It’s very much been music and fashion for the past 25 years,” he says.

For Cherny, the future is about trying to continue to grow and expand storePlay. He is also working on international licencing as well as new products and new technology.

“I’m really keen to take that to international markets, I think the technology translates well for international audiences,” he says.

Cherny says he understands the proliferation of mobile and online shopping has changed the retail experience for shoppers, and providing shoppers with extra experiences is more important than ever before.

“Other retail technology is another big area we’re focusing on,” he says.

“It is still about instore music, now I’ve built the technology I can now… start to work with clients about incorporating other retail technology.”