Entrepreneur Zone: How Christian Ruggeri stays healthy in the business of fitness 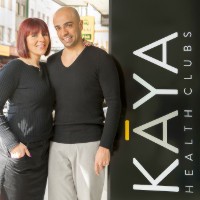 Years ago Christian Ruggeri shifted from business management roles to the world of fitness, helping to run the Space Health Club chain that was eventually sold to Fitness First. He thought the fitness industry would be less stressful than the corporate world, but admits he soon learnt that life balance as a business owner can be hard to achieve.

He then moved from Melbourne to Sydney and spent years as the general manager of Elixr Health Clubs, before taking the plunge to launch KAYA Health Club in the Melbourne suburb of Prahran, with his wife Koula Ruggeri.

The club, which specialises in yoga and pilates, was launched in November 2012 and now turns over around $1.2 million a year. While Ruggeri is quick to point out the huge expenses of establishing and running a health club, he says it has reached its growth targets to date and the potential for a second location is creeping into discussion.

I joined a start-up. There were two clubs in Melbourne and one in Sydney, and we sold that business to Fitness First in 2005.

I was then asked to go to Sydney to assist Richard Chew who is the founder of Elixr Health Clubs. It started as one club and it became three overnight. He needed someone to assist him with the operations, the logistics, the marketing, and everything around running that organisation.

My passion grew when I got to Elixr, as it was high end, premium and affordable. It was like walking into a day spa, because gyms and clubs can be very intimidating.

I always had a vision as a young child to run a business, but I never knew what that vision was. I always put my hand up to take on businesses but I never got them for whatever reason. Looking back now I know the reason was right in front of me.

At that point I was still the general manager of Elixr and was still working full time there…so that was going on, plus in any spare time I had I was starting to set up things here in Melbourne. Everything from council permits to designers to architects, everything that is in this club at the moment I have chosen – from the people to the recruiting, to the teacher development side of things.

Teacher training is not a revenue stream for us. It allows us to handpick the finest instructors to feed them back into our clubs.

The setbacks, the challenges? I think the biggest thing is that now it is my own… In the past I used to say to my previous managers, I treat your business like my own, and they would say, it is very different when it is your own business.

In my first business (as a leader) it was all about micromanagement, how many calls you could make, what you could do or not do, how to save money here or there, but not really understanding or seeing the member. What I’ve learned over the past eight years is that you need the human touch as well.

I have learned to not always hire someone based just on skill, but on passion, as skill can be taught.

One of the things I now have to do is to spend more time on myself. I was always very fit and active but since starting this business we’ve been doing minimum of 10 to 12 hours a day, six days a week.

We are the club of choice for the Melbourne Storm…and with the Australian Ballet.

From a business point of view, this year is about protecting the brand. I have always been a brand custodian, or the brand police. It is like a human being that needs nurturing and watering and maintaining daily.