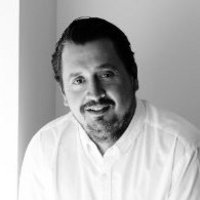 WeAreDigital was awarded best digital services company at the B&T Awards 2013 last week from a shortlist that included big names in the game such as Big Mobile Group, Reprise Media and TubeMogul.

But how did they get there, and where to from here? Karson Stimson is the founder of WeAreDigital and has 20 years’ experience in the field. He was previously a director at Spin for 15 years.

Now four years old, the company started with three staff and a field of freelancers, and has now put on more senior staff. In the beginning, WeAreDigital benefited from Stimson’s client base, most of whom followed him from Spin. WeAreDigital works with its clients to advertise online, on smartphones and social media, and also looks at the big picture, for example how a customer approaches a business and how they shop or deal with them.

Our model is about being quite nimble We are able to pivot very, very quickly based on a new wave. We were lucky to be in very early in e-commerce and a few other waves where we are seen as some of the leading businesses in that area. So it’s still about watching out for the next wave and being able to pick that up.

We don’t have a sales team or anything like that, so most of our work comes through word-of-mouth and referrals. But the growth has been supported by growing our existing relationships and some really good new additions to the companies and brands that we work with.

We really try to position ourselves as premium with premium services and premium output. And hopefully attract the right type of talent to live up to that, and so far I think we’ve done a pretty good job.

If there’s a great problem to be solved, if we feel we can really add value and create an impact then we’ll actually get engaged and have a crack at it, if they feel we’re right as well.

We didn’t start with any huge investment because we’re completely independent. It’s really just been about carefully monitoring our resources, our cashflow, not overcommitting to work, knowing when to say no to work, and being realistic about our capacity, because we know that reputation is obviously everything. But I think it’s been an organic approach.

On starting WeAreDigital Eventually I wanted to break out [from Spin] and do something a bit more boutique and a bit more specialised, and not be part of a big corporate … I wanted to get that creativity and innovation feel, that start-up feel, and I guess control my own destiny and build something from scratch.

I was very lucky that nearly every single client of mine from Spin came with me to WeAreDigital, so for the first 12 months of business, we didn’t have to do any new business.

It wasn’t about selling and saying ‘see ya’ because the sale went through about three years beforehand and it had come to the point where I wanted to pursue other opportunities.

One of the things we wanted to set up from the start was to be quite agnostic in terms of what we were offering, technology and solutions.

At our previous business we would sometimes sell a solution based on what mouths we had to feed rather than what was right for the client some of the time. That was part of the change. I wanted to really go in and look at the strategy, look at the business problem and architect a solution without being biased by or hamstrung by what technology mouths we had to feed in the business.

We had to maintain all the work we had already, which was on one particular type of technology, but it meant our solutions moving forward could be a bit more agile and a bit smarter in terms of what we were pushing and recommending.

We haven’t been really focused on headcount if I’m honest. We’ve had a cautious approach to our growth and managing that growth, and it’s all based on ratios that we work to. We pride ourselves on being able to do an enormous amount of output with a small team; we also have an extended virtual team of freelancers and suppliers that we use.

This year has been more about investment to take the next step, so I’ve invested in some senior people. Six months ago I probably had about 12 or 13 direct reports to me, I’ve now got five.

To take the business to the next level I needed senior people, such as a senior strategy person, a senior operations person, a senior technical and finance person, which all form our management team.

We really try to embrace failure here like I guess a lot of companies do. Certainly by no means advocating that, we’d much prefer to succeed but as long as we learn from those things and move on. It’s the way that it is handled with a client that is really important, as is ensuring it doesn’t become a blame game.

There were times when we were starting when it was tight and you have to watch what you’re spending and make sure you’re very aware of what you can and can’t outlay. To this day, touch wood, it has been under control. We didn’t have to do any business development for the first 12 months so cashflow was good.

There’s still a lot of growth left in business and in our sector. We service a number of different states and we do a bit of international work from Melbourne. For us it’s about contemplating our geographic footprint and whether we set up shop in other states. That’s really just to meet the needs of our customer requirements.

We consider expansion into other states by sizing up the opportunity in a particular market or if we’re starting to get a lot of inquiries from a particular market and we’re not closing the deals, it’s about knowing whether it would make a difference if we had a presence in those areas.

We had to build a brand and find an office, service all of these existing clients and make sure no balls droppred with only a handful of staff. That was pretty intense but pretty exciting.