Entrepreneur Zone: Linda Lewin got personal with recruitment, by branching out on her own 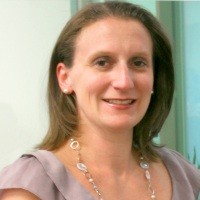 Linda Lewin was tired of recruitment companies that focused on key performance indicators, sales and billing hours. She wanted to offer a personal approach, so she leapt into running her own business, Elle Belle Recruitment, and the risk is paying off.

Launched in 2006, the Melbourne-based company focuses on filling both temporary and permanent staff placements for small to medium business. Lewin has built it to a turnover of around $1 million a year, and is about to hire two new staff members to add to the team of four.

However, it hasn’t been simple. The competitive nature of recruitment and the long hours of being a business owner have proven tough. And as a business owner, when she had her two children, there was no time for lengthy maternity leave – she was straight back to it.

I started in recruitment in 2001, it was one of those industries that you fall into. It came to a point where I wanted to make a bit of a difference. I wanted to do something that is more relationship built, so I made the big move. I thought that if I didn’t do it then, I probably was never going to do it.

I did all the research, and I had a very loyal client base that I was working with at the time. And I was able to build upon that, so out of the restriction period I had about 95% of clients come back to me, so we built things from there.

I was restricted (by no competition) for six months, it was my planning stage, so I couldn’t say anything to anyone. It was purely just building a data base, getting contacts out of the White Pages, getting all of the cold leads and cold calling done over the six months.

It was started in the spare bedroom in our apartment at the time, and we did everything such as the interviewing in coffee shops, that made it look like we were bigger than we were – all of the illusion!

After the first 12 months we got our first office. We got new staff on board, which was the biggest challenge for me because I’d never recruited people for myself before. And that is when I got to the realisation that, ‘ooh, I am actually running a business here’.

We fill temporary and permanent positions, so we have a consistent temp payroll on a weekly basis of probably around 20 people. We look after office-based positions, human resources, administrative, finance, accounting, sales and marketing and customer services roles right across industry sectors.

I think that because we are not specialised into one industry… we were not really hurt in the global financial crisis. When that happened in 2008, and a lot of the banks put a big freeze on recruitment, because we didn’t have big contracts with them it didn’t affect us. We had all the little SMEs.

We work on a very transparent recruitment process. The person that comes out to see you is the person that you deal with the whole way through and that brings loyalty.

At the end of last year we saw a lot of temp requests, given the marketplace and the election there was a lot of uncertainty. There has been a bit of a shift since the election and even this year there is a lot more confidence out there. It is both on the candidate and the client side, in that the candidates are wanting to get out there and start looking again, and clients are recruiting.

Work-life balance is one of my biggest struggles. When I started I had my then boyfriend, I didn’t have kids. Now seven years later we are married, with a mortgage, and two kids! I work full time and am out of the office at 4.30pm and then I turn on the ‘wife and mum’ hat, so to speak.

Being an owner and a manager there was no maternity leave for either of my kids. For the first one I worked right up until the day, and I called up the office and said ‘I don’t think I’m coming in today, I’m having a baby’. I was in a week later with the little bouncer and I did that for both of my kids.

A lot of my friends say ‘you work so hard, Linda’. But I do it because I am passionate about it and I love it and I’m not working for someone else.

It is hard to stand out. It is one of those industries that is highly competitive and I think because there are low barriers of entry, a lot of recruiters will come in that are in it for the sales.

This year we are doing a big push on the marketing and brand presences. Getting savvy on the social media and digital media side will lead to more growth.