Once called the ‘most profitable but least well known’ Australian startup, online digital assets marketplace Envato celebrates its 11th year of operation this year, with the last 12 months bringing some serious milestones for the business.

Though Envato reels in annual revenue of $74 million today, success wasn’t always the name of the game for founders Cyan and Collis Ta’eed and Jun Rung, having literally started the business in a Sydney garage with a “gruelling” first few months.

But the business quickly took off and started on a track of exponential growth, delivering significant profit and numerous accolades as one of Australia’s best places to work. It’s success spreads far, with users and theme creators on the platform earning over $400 million on the platform since its launch.

Collis Ta’eed spoke to SmartCompany about the times he wondered if he should “just give up”, the times he felt like an imposter, and the time(s) he didn’t wear shoes — and lost an ace candidate because of it.

The biggest inspiration for Envato came from the fact that I was already a seller of ‘microstock’ items — flash and illustrations mostly — on iStockPhoto and, honestly, I thought we could do a better job. The platform wasn’t well suited to those of us who were selling items other than photos, even if they allowed for more than just photos to be sold.

Essentially, we were scratching our own itch and trying to come up with a better solution to a problem we had.

On top of this, Cyan and I were freelancers and wanted to travel. That meant we didn’t want to be tied down to having meetings in person and having to work from a particular business HQ, like most of our clients were at the time.

There was a point before we launched — between when we started the planning of the business and site development in February of 2006, and the actual launch date of August — where I was wondering if we should just give up.

Our developer had gotten hard to reach for a bit, we were fast running out money. It was less about a lack of motivation and more about could we actually do it? But the fear of failure motivated me to push on thankfully.

I know that startups are supposed to embrace the idea of “not being afraid to fail”, but I did not want to fail!

In the first few years of Envato we were creating products and, as a web designer, it was something I had experience in and I felt like I knew what I was doing. But I think the tipping point came when we got to about 20 staff and the focus came about to growing the company and not our product suite.

At that time I felt like a major imposter, as we started hiring corporate professionals from the worlds of finance, management consulting, HR and so on. I found I tended to over-defer to these new hires, thinking, ‘what do I know, I’m just some web designer who happens to work here?’.

It took a long time to get a balanced view of myself.

I think imposter syndrome is especially heightened when you’re doing something you feel you weren’t supposed to be doing.

I studied maths at university, then became a web designer. Even when I had gotten my first job as a designer, I would still worry that other people would figure out I wasn’t a real designer — which is actually sort of absurd.

When you found a company, you are almost always doing something you weren’t really trained for, so to speak. And if it’s successful, it keeps growing beyond where you’re comfortable.

This means you’re effectively in a state of perpetual imposter syndrome. 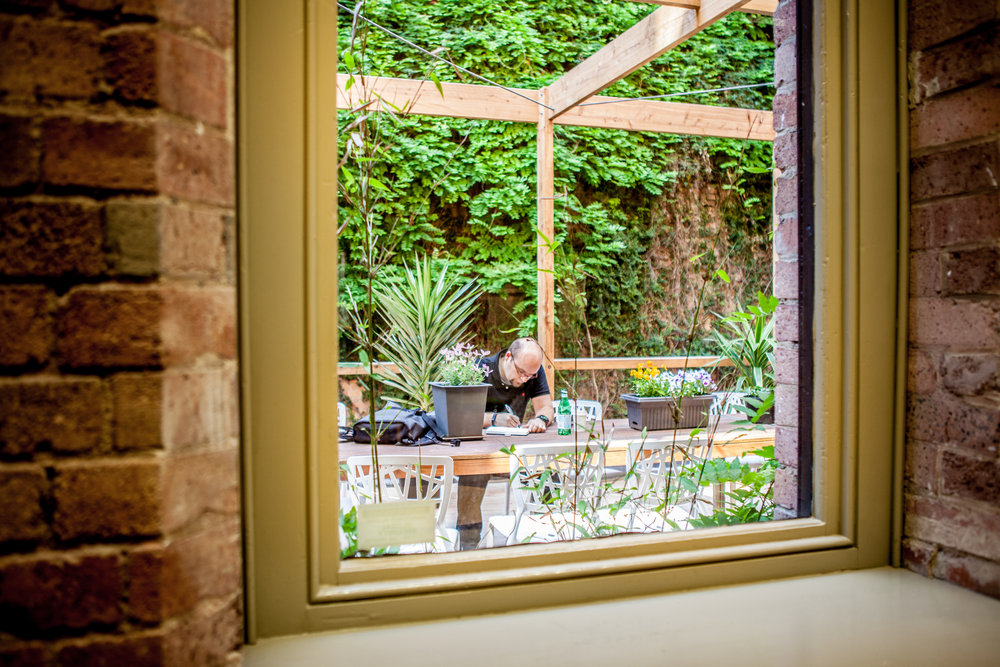 The least favourite part of my week are the wall-to-wall meetings.

I have very little space in between my meetings and I often find I get to the end of the day and discover all these meetings generated a lot more work to do, and work that needs to get done before the next day.

I’m a little overworked, but I’m fairly certain that’s my own fault.

This means my favourite part of my week is when I have an uninterrupted block of time to do some work. I usually start work at 6.30am, working from a coffee shop or getting into the office before anyone else, and I find I then have a couple hours to try to knock off my to-do list (which never gets done).

Best of all is when there’s enough time to think about the future — new products, strategies, and plans.

I used to not wear shoes in the office very often; I remember interviewing one of our first lawyers and I didn’t wear shoes to the interview.

We had a candidate who seemed ace, it seemed like it was really going well, but they ended up turning us down, and I remain convinced it was the lack of shoes.

I think Australia punches above its weight in startups, and that’s important because the Australian tech sector has the potential to be a great national export.

When we build great tech companies that service worldwide customers — companies like Atlassian and RedBubble — we are exporting something new, not something out of the ground, but from a different precious resource: Australian brains.

That has great potential for the national economy and the creation of jobs. That we are seeing a growing sequence of startup cohorts achieving success, some that are very large businesses with growing international footprints, demonstrates we are doing a pretty good job.

I really want to see Envato reach our goal of $1 billion in community earnings payout, and we’re more than half way there. We set this as a stretch goal when we were at just $40 million, and to us, it is more than just a number.

It is a measure that we are delivering on our mission, part of what we created Envato to do. As part of this, we will be focusing on recurring revenue for our authors but also, broadening our attractiveness to customers who are less technologically sophisticated than some of our existing users.

As a new startup founder, you’ll get stuck, but in a good way. If your business is successful and you really care about how it will run, then it will be really hard to leave it.

Before Envato I’d never held a job longer than 18 months, so being in the same place for 12 years wasn’t my intended plan. But I underestimated how much I wouldn’t want to leave, which is a nice problem to have.