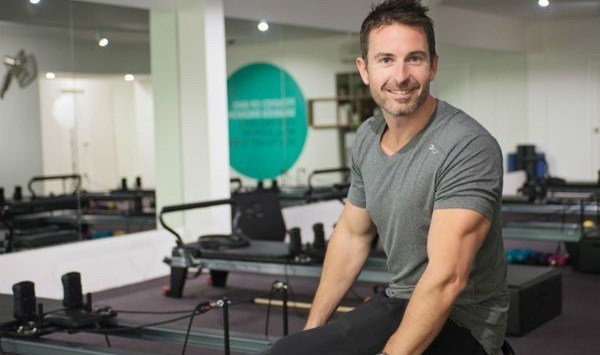 A love of the dynamic style of Pilates, and a touch of the travel bug, is inevitably what led to Aaron Smith starting his successful fitness franchise.

The former SmartCompany 50 finalist and founder of the KX Group of Pilates, barre and fitness studios, Smith has seen the sort of growth in five years most only dream of.

KX Group boasts an ever-growing list of studios across Australia; the KX Pilates chain now has seven company-owned studios and there are 10 franchises, including four which have sprung up in Sydney in the past nine months.

Another franchise in Brisbane has just been signed up, Smith told SmartCompany last week.

KX Group turned over just over $6 million in the past financial year, a huge jump on the $240,000 it made in the first year.

Smith comes from a personal training background and even had a stint working at the health department at Deakin University in Melbourne.

But he began to feel the personal training industry was getting “saturated” and then, in the mid-2000s, fell in love with the idea of travelling.

After a couple of years spent back and forth between Melbourne and the US, he settled in London, where he stayed for about three years.

Smith says it was in London in 2009 he came across the dynamic style of Pilates and watched its popularity explode.

“I watched one studio turn into 15 studios,” he says.

“I fell in love with the style. The clients were the perfect people I wanted to teach, they were already fitness and health conscious.”

Smith says he woke up one day and thought it was time to go home, and within six months had opened his first Pilates studio in Malvern.

What followed was a steep learning curve, Smith says, and the first 12 months were a “struggle”.

Like many travellers, he also came back from abroad with a substantial credit card debt – about $20,000 in fact – and admits he had “absolutely no idea” about running a business.

“I got the studio perfect, opened the doors and no one came in because I didn’t get the marketing right,” he says.

“I thought I was a pretty good trainer, I could get results and train them hard and make them fall in love with the studio and style.

“I could win them over, but the back of house was where it was terrible.”

Smith says he learnt many of the business skills he has now with the help of a course put on by The Entourage Group.

“In the first year I quickly switched my passion from helping clients succeed to loving the business side of it and started franchising with my business group,” he says.

But what Smith says really got him through that first year is also what he now teaches others: know your ‘why’.

“The first year was hard and I wanted to quit, but it was the ‘why’ I was doing it that kept me going,” he says.

“Don’t be afraid to fail… give it a go and understand why you are doing it. It needs to be powerful.”

There’s no prizes for guessing Smith is an early riser. He says he’s usually up between 6am and 7am and has a quick scan of his emails to check if he can knock over any of the more complicated ones or those needing urgent attention.

“Then I exercise. I’m either at the gym or I go for a run. I don’t exercise with anyone usually.”

Smith says for him and his entrepreneurial friends, it’s all about having a “positive morning”.

“What works for me is exercise, it’s my time to think, check where things are at, what are my goals,” he adds.

Work begins for Smith when the exercise ends; it’s back to the emails again for a deeper dive, looking at contracts or the day-to-day running of the management team.

“I do a lot of work putting out fires,” he says.

“The afternoon is usually full of meetings, talking to prospective franchisees, keeping my finger on the pulse,” he says.

What does Smith do towards the end of the day? That’s right, more emails.

Smith seems to know how to do leisure well. In his spare time, he rides his Harley and enjoys extreme winter sports like snowboarding and heli-skiing.

“That’s what got me over to the States in the first place; the winter months,” he says.

Smith also goes away a lot, often for two or three months at a time, because he can work remotely.

But there’s a bit of a crossover with work and play, it seems, because Smith also lists dropping into existing KX studios and looking at other prospective sites as leisure.

Change is on the horizon with Smith and his partner expecting a baby soon, and the change will see the couple move back to their hometown of Melbourne for a while.

“It will be really nice to chill out for a bit,” he says.

After that, there are plans to expand the KX Pilates empire to Perth and, in what would represent a full circle for the young entrepreneur, plans to revisit London eventually to see where things are at where it all began.

“I’m in contact with studios back in London. We have a lot of clients coming back and forth,” he says.