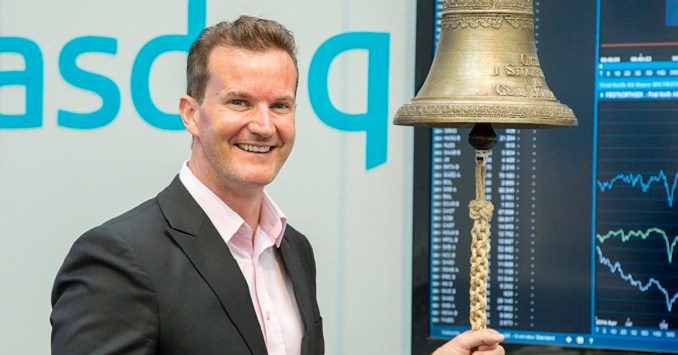 Entrepreneur Jeremy Harbour saw an opportunity to fix just one of the areas of the SME community that was “broken” last year – and his end aim is not only creating a broad-based network of advertising businesses through his listed company The Marketing Group, but actually changing the way small businesses interact with global markets so that more business owners can harness wealth.

The Marketing Group formed in March 2016 as a digital agency made up of a number of smaller businesses from around the world – including the likes of Aussie outfits Lead Generation Company and Channel Zero. The company listed on the European Nasdaq in July, and reported a 2015 full year revenue of 4.5 million euros.

Harbour’s specialty is mergers and acquisitions, and he’s critical of the position that smaller operators are put in when it comes to selling their businesses. SmartCompany spoke with him from Singapore about how to build growth momentum and why SMEs are always losing out on value.

I was that annoying kid at school who was trying to sell stuff – mainly it was jewelry and candy. Then, I started a market stall selling jewelry, and I quit school when I was 15 to pursue that business.

Just over a year ago I was kind of semi-retired – I used to work a couple of hours each day, and would do four or five deals each year.

But then [with The Marketing Group idea] I saw an opportunity here to have a crack at democratising wealth.

The marketing services sector is horribly fragmented – there are five main players that dominate the space – and then there are thousands of smaller companies. I’m not a marketing person, I’m and M&A person, but I saw the a lot of things that were broken in the SME space.

As I evolved as an entrepreneur – I kind of look at it as taking a step up the ladder – I was dealing with mergers, acquisitions, joint ventures, that sort of stuff.

I’ve spent the last 10 years lecturing on these topics – and basically, one of the big things I realised is that the whole global economy is a little bit broken.

I actually think there’s more of a disconnect between where value is created and where the money is. Look at where all the money in the world is – in equities, in derivitives, that are really just bets on things.

Maybe a century a go you could tell your children if you get off your ass and work you can get what you wanted, I don’t think that’s now the case.

Basically, small businesses are very un-investable. They’re very risky – if they lose a couple of key staff they have one of their worst years ever, and they’re completely illiquid – all of that put together is a wonderful deterrent to all that money in the world actually going towards where the value is.

We thought we’d be a lower risk company as The Marketing Group. We could get over the scale issue, and then look at entrepreneurs who have written books, won awards or are the top in their particular niche or space, take them and put them in a bigger company.

We formed the company in March this year and by June we listed. We thought, “Now, if we pitch for [more] companies, then we’re 150 million euro company”. The companies involved have about $1 million of profit, are debt free, and we’re effectively allowing them to publicly list their company.

The process for publicly listing can cost around $3 million, and we provide a platform for entrepreneurs to achieve that, which can mean much faster growth.

We’re always scanning the world for companies that want to join this platform. The advantage of companies coming to join us, is that in a [small] company, you spend so much of your life delivering amazing customer value, then you get to a point when you have to sell it off or close it down.

Invariably it tends to go wrong.

We thought, if we effectively democratised the IPO and made it a collaborative experience, we could actually create a value for growth. Effectively companies are listing their company via reverse merger. This year we grew from four companies to 19 in 100 days.

[With M&As], everything is anti-entrepreneur. The whole industry is built on mistrust.

When you get a document from the other [party’s] side that looks that scary, it makes you think about how you can screw them first.

The biggest problem in SME M&As is the advisors. I’ve not found a single advisor that has added any value to a transaction. Advisors should stay out of the negotiations – at the end of the day, an SME is owner-managed, so let the two people do the deal. An advisor should be there to document the deal and nothing more.

In my experience, you’re much better off just meeting with the person, doing the deal and insisting your legal advisor documents the deal.

I do have a big vision to make SMEs and running a small business something that has [more] value.

I’m not saying I’m going to single-handedly change the world, but I think it is possible for small businesses to unlock their value.

This is the terrible thing: that over the last 20 years the answer for more wealth would have been become an investment banker. But entrepreneurs employ people and create wealth – where that’s got disconnected is in global financial markets. If we can show a reconnect, then you can grow.

I think that’s a great lesson for our children, and then, on a much bigger scale I think that has a bigger impact on society. Either way, I think it’s a wonderful thing to empower entrepreneurs.

The Marketing Group is our test of these [ideas].