From Bubble Cup to beef bowl: How serial entrepreneur David Loh is taking on takeaway with his $6 million Rice Workshop franchise 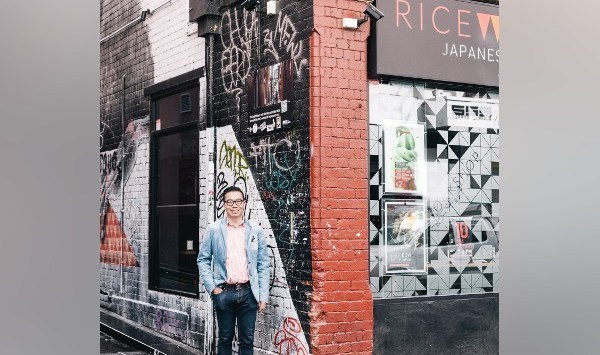 A true serial entrepreneur, David Loh has been thinking with a business brain since he was a young boy helping his mother run a stall at St Andrews market in Victoria.

“We had a store two metres wide and we laid all our things out – I always wanted to make sales and I enjoyed having to convince someone to buy our products,” Loh told SmartCompany.

After having found success with Melbourne franchise Bubble Cup in 2000, Loh launched into the food category with his sister, making a bid for a tender at Monash University to run a tuck shop. The sibling pair beat out applications from hospitality giant Spotless with their idea of selling kosher and halal fare to the uni’s multicultural student base.

After his sister sadly passed away from cancer and Loh was forced to sell the business to cover her medical costs, he didn’t miss a beat in setting up his next enterprise.

Teaming up with a chef, Loh spotted a gap in the Melbourne market for affordable and tasty Japanese food.

“Japanese food is always so expensive here, so we wanted to tap into a niche market where the concept was everyday affordable but tasty. We went to Japan together and worked on this workshop concept, it was about bringing the real taste of Japan to Australia.”

Since opening the doors of his first Rice Workshop one-and-half years ago, Loh has expanded the franchised network to seven Victorian stores, with three more locations in New South Wales opening in the next three months. The group turns over more than $6 million annually.

Loh sits down with SmartCompany to talk about his plans for global domination and share his one secret to successful franchising.

Working in the restaurant industry, Loh admits he likes to take advantage of a small sleep-in each morning, saying he usually gets up around 8.30am.

“Everything happens at night, which is why we start a bit later and finish later,” he says.

“Our office starts at 10am not 9am because things don’t kick in until later.”

While this will often mean Loh is taking meetings as late as 8 or 9pm, he says it’s not just the sleep-in that’s a silver lining: “We always miss the traffic,” he laughs.

Having recently rolled out a string of stores in only a few months, Loh says much of his daily life has recently involved finding the perfect sites for the new stores.

Yet despite the seemingly aggressive push to launch new restaurants, Loh says his strategy is not about needlessly ticking the store counter over.

The reason the store count doesn’t really matter, according to Loh, is actually the secret behind a successful franchise.

“With franchising, the key to success comes down to the franchisee making money. If they don’t, expansion won’t happen. If we go and say, ‘we need 100 stores’, the point is the franchisee needs to make money from every one of those stores,” he says.

Loh admits work-life balance is “a very big challenge” and is only made easier by sharing with his wife the responsibility of looking after their two children – both under the age of five.

It’s something he has to be very strict about: “6pm to 8pm is my current duty, my time locked away to spend with the kids. I’m happy to come out after 8pm for meetings… but I’ll always lock out 6pm to 8pm.”

Loh says the next step for Rice Workshop, after it opens its 11th store in the coming months, is to expand into the Brisbane and Perth markets – but he’s not stopping there.

“We have interest from overseas too. We are in talks, I’d say we’re in strong discussions,” Loh reveals.

It won’t be Loh’s first foray into international markets, after having taken his other business, Taiwanese and Hong Kong home-style dessert franchise Dessert Story, to Cambodia and China.

And he says he would “never say never” to other means of growth, such as private investment or even an IPO further down the track.

“I’m open to everything as a businessman, I don’t want to be locking out any idea,” Loh says.

“I never want to say I will just look at franchising or just look at investment. It would be silly to say ‘let’s lock out any potential opportunity’ in terms of the structure of how to grow.”

Asked what lessons he’s learned so far from his entrepreneurial career, Loh says one of the most important things he ever realised was whilst watching his mother at the market – the importance of being humble.

“You need to be grounded. You can’t become too over the top or that will be a detriment to the business,” he says.

“Am I proud? Definitely, but it’s just about managing that pride or ego to stay grounded, and looking to the next things.”