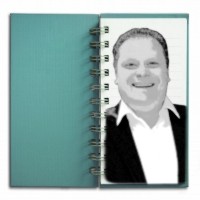 After 20 years working for a home improvements company, Colin Kuchel decided he wanted to start his own business.

Beginning as a door-to-door salesman, Kuchel had worked his way up the corporate ladder to chief executive, travelled to America and was at the height of his career when he decided he needed a change.

Kuchel saw a niche in the outdoors market for café style blinds in residential properties and used this idea to kick start Australian Outdoor Living in 2005.

He noticed that for Australians living on a budget, going out for dinner and socialising on a regular basis can be expensive, and investing in a quality outdoor entertainment space was a cheaper alternative in the long run.

It took Kuchel just under seven months to get the business up and running, achieving phenomenal growth from the outset.

In the past two years revenue has increased tenfold and the company is now turning over $45 million annually.

Kuchel spoke to SmartCompany about the transition from chief executive to business owner, as well as hiring the right staff and keeping them.

At 7am, Kuchel is up each day having breakfast, coffee and hanging out with his kids.

“We have a series of internal reports I receive daily, so I have good control over where we are financially.”

When Kuchel started Australian Outdoor Living, he had to transition from corporate chief executive to the owner of a small business.

“The immediate difference was that as chief executive you were the top line reporting, and becoming a business owner was an immediate step back.

“I would do everything from cleaning windows to sweeping the floors and picking up rubbish.”

Like most business owners, Kuchel faced many challenges in his early days of business.

“I had cash flow challenges in the early days and I was embezzled for a bit of money. I made contact with my creditors and traded my way through it, but most days in the first 12 months I didn’t know if we’d make it,” he says.

When asked about the embezzlement, Kuchel says he was initially “very embarrassed”.

“I went through every emotion under the sun, I was very hurt. I wasn’t going to go through legal channels, so I had to make a conscious decision to forget it and focus my energy in a positive way.”

For Kuchel, failing wasn’t an option.

“I had six kids, so I couldn’t fail, I had to support them.”

On day one, Kuchel opened the doors to Australian Outdoor Living’s office with himself, a receptionist and a bookkeeper and just waited for the phone to ring.

“We walked in there, put our arms on the reception desk and waited for the phone to ring and it did around 10am,” he says.

“It was about six months in at our Christmas party when one of my staff said ‘Colin, where do you see yourself in five years and I thought then that I couldn’t see where I’d be in five weeks!”

But it didn’t stay this way for long. Not long after the Christmas Party Kuchel was forced to abandon his initial supplier and when he failed to find one which met his requirements, he decided to start his own manufacturing company. From this point, business boomed.

“I went into it blindly. I had no experience in manufacturing, but within 12 months I knew I could produce a good line and could work to good timelines – that’s when I knew I was onto something”

And it wasn’t just Kuchel who thought so. From the outset, Kuchel has managed to attract staff members who have stayed with the company for the long-haul.

“Kimmy was 16 when she joined and only finished with us two years ago. She went from junior receptionist to administration to production, but she has a baby now and has gone onto be a mother,” he says.

“The first bookkeeper we hired we outgrew quickly, but I was three months into the business when I asked a lady to come and help us, and to this day she’s still my national finance manager.”