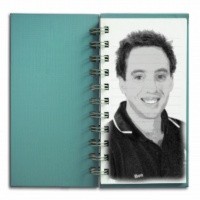 Ben Stallworthy has always had a passion for health and fitness, so when a rundown gym came up for sale he took a risk and bought it in early 2008.

Working as a postman at the time, Stallworthy had always wanted the opportunity to run his own business. The first gym he acquired was in the Melbourne suburb of Scoresby, but since then he’s grown Pinnacle Health Clubs to four sites.

When he first acquired the gym it was losing $7500 per month, and he admits the first three months were “tough”.

“We ran promotions to build the number of people. The first thing we did was go back to the community to build better relationships with local sporting clubs and schools and introduced them to what we’re all about,” he says.

“We offered free boot camps, breakfasts for members and simple marketing things like brochure drops and we went to local shop owners and got them on board too. When money started to come in we improved the equipment and facilities.”

Stallworthy immediately became a more “hands-on” owner than the previous manager and put systems in place to motivate staff, rebranded the gym and improved its look and feel.

Last financial year the business turned over more than $3 million and is on track to record a $4.5 million turnover in 2013-14. Stallworthy spoke to SmartCompany about working in the business with his wife, Emma, attracting customers and running a 24/7 gym.

Stallworthy’s mornings change daily, and with four gyms he says it’s impossible to get to all four each day.

“I touch base with all the managers when I first get to the office and then I go through the work I need to do,” he says.

“We have an office, but I spend most of my time out there getting around the staff and keeping the energy up. Apart from that, one of my major jobs is doing the marketing materials.”

Since buying the first club, Stallworthy has had to change his approach to business.

“I had to learn to be less hands-on and actually focus on growing the business. I’ve realised I have to step back and I can’t be the one taking all the sales inquiries,” he says.

Two years ago Stallworthy’s wife left her job as a consultant with an accounting firm and started working for Pinnacle Health Clubs.

“She was in the city and our gyms are in the eastern suburbs, we did the maths and saw that her strengths were my weaknesses. She’s good with processes and numbers and I’m not, we rebound well off each other in that way,” he says.

“Rather than working overtime for someone else, we decided to work together.”

Managing the transition was at times difficult for the couple, until they defined their roles.

“We were just stepping on each other’s toes at times. We realised we needed to go to work and work on what we do best individually, as a team,” he says.

“That means when we get home we can still ask each other how our days were at work.”

Being a smaller gym, Stallworthy places a high importance on innovation in order to stay ahead of bigger competitors.

“We’re constantly looking for new things in the industry that we can implement and offer our managers,” he says.

“Innovation is massive because we have to stay ahead of the big guys to survive. We were the first independent club to be 24/7 in Victoria, which occurred four-and-a-half years ago now.”

The decision to become 24-hour was made when a larger gym decided to move into the area.

“There was talk of a big gym moving in just a few kilometres from us and I had to think about how we could counteract this and be ahead of the game. Changing to 24/7 took our membership from 900 to 1600 in three months. It was just huge for us,” he says.