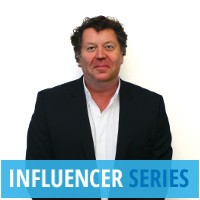 It may not seem an obvious fit, but Grant Blackley says there are many similarities between running a television network and leading one of Australia’s fastest growing hospitality companies.

The 48-year-old Sydneysider spent 24 years at Network Ten, including six as group chief executive, but earlier this year he took up the reins at the Keystone Group, operator of well-known Sydney bars and clubs including Cargo Bar and Bungalow 8. At the same time, the Keystone Group acquired the Pacific Restaurant Group, operator of restaurants including Kingsley’s and Chophouse and Australian master franchisor of the Jamie Italian restaurants in partnership with Jamie Oliver International.

The Keystone Group now operates 25 venues, employs 1400 employees and is on track to turn over between $140-160 million in the current fiscal year. Plans are underway for the group to launch a new brand of restaurants – Jamie’s Trattoria – in coming months.

I started my career with advertising agency George Patterson Bates back in 1985. I was poached across to Network Ten in 1987 and I worked there for 24 years, ultimately making my way to group chief executive.

I was chief executive at Ten for six years prior to my leaving [in 2011]. I left at a time of strategic investment from new shareholders, namely Mr Packer, Mr Murdoch and Ms Rinehart.

I had worked in the corporate world for 24 years so I took a well-earned break and travelled the world with my family.

I was then working in private equity and I knew a series of the shareholders at Pacific Restaurant Group (PRG). I came together with PRG and The Keystone Group to actively consider a merger or acquisition. Ultimately Keystone acquired PRG.

For 12 months I was either an adviser or facilitator to both groups with Richard Facioni. Between Richard and myself, we helped both management and shareholder groups craft a strategy and source funding, and ultimately we brought the two groups together.

Joining Keystone was the easiest decision I could make after getting to know the business.

I also own a half share in a leading talent agency called RGM Artists group, along with Hugh Marks, who is a former chief executive of Southern Star Group and a board director of Channel Nine. We have about 300 creative artists, writers, directors, entertainers and bloggers.

Keystone has allowed me to maintain my interest in the business and I was spending time acquiring and re-establishing the agency when I was doing private equity work, so it allowed me to fulfil a number of dreams I had.

The Keystone Group was founded in 2000 by John Duncan, Anthony Prior and Paul Schulte, who are all still actively managing the business.

It coincided with the Sydney Olympics. The day of the Olympics was the day Cargo Bar in Sydney opened.

With PRG, the group now has 25 venues with more on the way. We’re looking to launch Chophouse in Perth, Jamie’s Trattoria in Parramatta and Jamie’s Italian in Brisbane.

Over its 14 years the group has had a fairly steep development path, although it has not been high-growth. It has opened venues either every year or six-to-nine months.

Running a group of restaurants is actually very similar to running a broadcast network as what we’re dealing with every day is customers. One group just happens to be television viewers, whereas the other is a group of customers in a very true sense.

You must continually look at brands, refresh and promote them. You must know when you need to refresh or spend money on a brand, when to re-engineer one and when to launch new brands, whether it’s MasterChef or The Project, or introducing a new brand like Jamie’s Trattoria or the winery in the Keystone Group.

It’s about business logic and dealing with customers, brand development and maintenance. You are trying to maximise the potential of assets. In restaurants and bars, it is pleasing customers and getting more there. In television, it is getting more viewers more often.

I also still work with a lot of the same people I used to deal with at Ten, such as record labels who are holding functions and events. When I worked on Australian Idol, I worked closely with the Sony Group.

There is also a lot of cross-pollination with AGM Artists as well. We are effectively in the entertainment industry with Keystone. We are entertaining customers every day, fulfilling their needs and desires.

We are currently developing Jamie’s Trattoria, our second Jamie Oliver brand. Whereas Jamie’s Italian is in capital cities, with high density populations, the Trattoria model serves a different market. It is less protein and more pizza and pasta, and a bigger format than Jamie’s Italian with more foot traffic.

We won’t open a Jamie’s Trattoria in close proximity to a Jamie’s Italian. We are actively looking at outer-CBD locations and regional centres. The first one will be in Parramatta, which fits that bill.

We hope to open three of four in the next 12 months.

Our newest Jamie’s Italian will open in Brisbane in time for the G20, which we are pleased about. Two of our Jamie’s Italian restaurants are number 1 and number 3 in the world, with London at number 2. We recently opened a Jamie’s Italian in the old Westpac Bank in Adelaide, which is the single largest format for the stores in the world.

This article continues on Page 2. Please click the link below.