Getting Freekeh! How Tony Lutfi created a business from the ancient grain 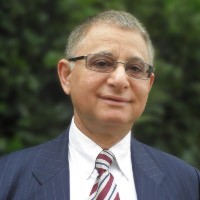 Lunch with the Crown Prince of Jordan led to Tony Lutfi creating the first and only technology to manufacture the ancient grain of freekeh by automated means. Lutfi has overcome many pitfalls to establish his business, Greenwheat Freekeh, which has a turnover of more than $2 million a year and has been growing at 220% every six months for the last two years. Greenwheat Freekeh developed technology to immobilise the enzymes in the grain to capture and retain all its goodness. The business now exports 75% of its production.

In this country a lot of people don’t like the idea of hiring someone in an industry if that person hasn’t been in that industry forever. I have a very unusual background. I have crossbred the agri business with the oil and gas industry and a background in technology and investment.

I didn’t invent freekeh per se, it was discovered over 4000 years ago. I was working for the Crown Prince of Jordan assisting in technology development in Jordan. While I was there I went for dinner at the Crown Prince’s house and he fed me something which I thought was amazing and was very delicious. It was freekeh.

The Crown Prince told me I was very lucky to eat freekeh in his house as if I ate it elsewhere I might bite on a stone. He said if someone invented a process to make freekeh free from stone and rocks there would be a great business opportunity.

I moved back to Australia and started off a project in 1997 in a joint venture with the South Australian government, the government was then replaced by my business partner, John Tucker. We each own 35-40% of Greenwheat Freekeh and the remainder is owned by other shareholders. There are about 30 of us.

We went and looked at the way the traditional process works. In 1996 we completed a design and construction of a process which was mobile. We then attracted investment to commercialise the prototype and produced 300 tonnes of freekeh.

It has been a very, very difficult venture. I believe we probably started the business 15 years too early. It was a real rollercoaster ride. The product didn’t look or smell like the type of freekeh sold in the Middle East so they didn’t want it. I had 300 tonnes and nowhere to sell it and the company nearly died.

I managed to sell all our production that year to Coles and Woolworths even before we had finished the design of our packaging. I don’t know whether it was a stroke of genius or if someone up there loves me.

The next year we modified our product to make it a lot closer to what the Middle Eastern market wanted and started exporting to the Middle East. But then everything came undone with the invasion of Iraq by the US. In 2003-04 I ended up with $1.1 m of freekeh sitting in our silos.

We had to work very hard to start creating new markets and we invested in funding from the federal government and research from the CSIRO to document the health benefits of freekeh. We became the world leaders in research in green grain.

We were never in default. But just showing you how wonderful banks are in Australia, the bank said, “Well your sales have gone down and therefore we are going to take your overdraft facilities away.” Luckily we were able to get the money from elsewhere and told the bank to get stuffed.

I was down and out and considering whether I should bother keeping the business going and I looked at my emails and I had over 4000 emails from people wanting to buy freekeh. A lady had appeared on the Dr Oz Show in the US extolling the benefits of freekeh and since then everything turned around for us.

We are probably the only Australian company to presell our production before we make it. In a foreign exchange environment this is very helpful.

We operate a very lean structure. One of the reasons Australian companies fail is that Australian labour is very expensive. During production we employ around 30-40 people.