Going global: How Carl Krumins is taking on the world with SMSGlobal 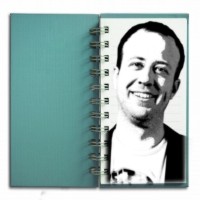 The last time Carl Krumins worked for someone was in 1998 when he was 16 years old. He was employed with The Reject Shop for the short time of two weeks before he was fired. At this point he decided he had one of two options – be poor or work for himself.

Having always loved technology, Krumins got a team of people together and worked on a variety of tech ventures including web design and web hosting before launching SMSGlobal in 2007.

“Web hosting made a bit of money on a monthly basis, but I outgrew it when the market became very commoditised,” he says.

A constant traveller, Krumins realised there would always be a way to monetise text messaging. He developed a platform for SMSGlobal in 2006 out of his bedroom and now the company is going global.

Krumins parents had also been self-employed and this meant he wasn’t afraid to take risks and tackle challenges.

He self-funded the venture, and was prepared to “rack up credit cards” to get SMSGlobal off the ground.

To build brand awareness Krumins attended trade shows across the world in places such as Germany, Dubai and Sydney and advertised online.

Now, SMSGlobal is turning over more than $20 million, has 40 employees and is looking to further expand its reach.

SmartCompany spoke to Krumins about running a business on the go, establishing a strong brand and finding the right staff.

Krumins life is generally unstructured. He’s constantly travelling the world, meeting new clients and growing the business, but he does have a morning routine.

“I check on how the currency is trading, have breakfast and then I go for a walk before checking in with the team,” he says.

“I make sure they’re across all the areas and everyone is sorted and staying ahead of any possible issues.”

When the business launched Krumins was “very hands on” and basically filled every role in SMSGlobal.

“I was initially the developer I guess, but now I’m more of a chief technology officer… I’ve tried to step back and build a good team and I have a good operations guy who I check in with every day, as well as the developers,” he says.

“Now I’m travelling all the time, meeting new clients and going to trade shows. I like to get out in front of clients, meet them and see what their pain spots are.”

Being constantly on the move, Krumins doesn’t generally work from an office.

“I’m always married to my lap top. It’s kind of a tough life, but I’m always meeting fellow entrepreneurs around the world who are very hospitable.”

SMSGlobal has over 425,000 customers and operates in 213 countries, but Krumins says its growth is “exponential”.

“The world is a big place and it’s a very big ocean we’re all swimming in. We’re growing month on month and we’re in the process of setting up new offices,” he says.

Smsglobal is a scam. I see too many upset clients who says their platform is poor and the customer service is not good at all.
It has been penalized by the Australian Court
https://www.accc.gov.au/media-release/court-penalises-sms-global-85000-for-misleading-consumers