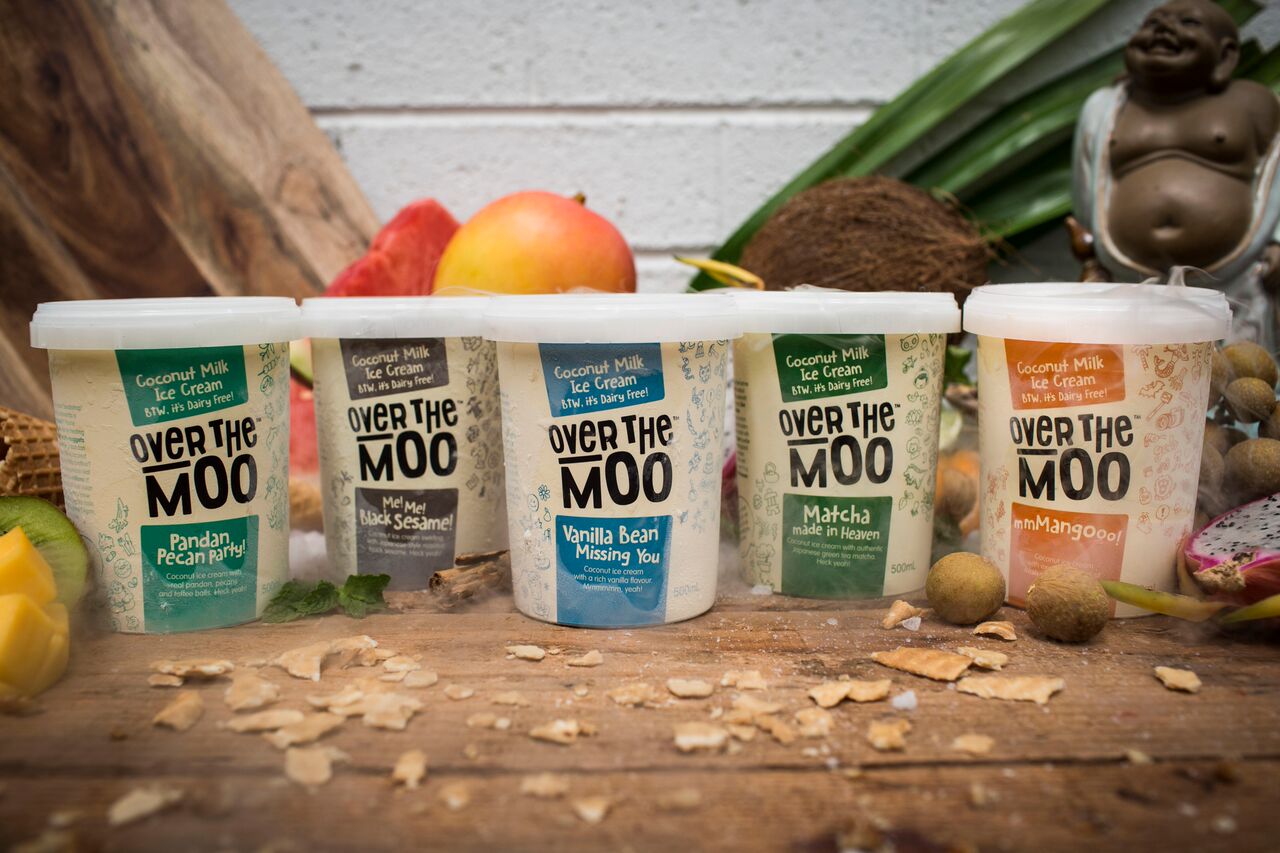 Alex Houseman’s business Over the Moo is a classic example of how a successful food venture doesn’t spring up overnight.

Houseman had the idea of selling dairy free ice-cream after seeing the popularity of dairy-free milk and realising there was a gap in the market.

It took about four to five months of research and product development to even get the idea off the ground, but that was just he beginning.

Next, the former marketer and consultant had to find a way to actually get his products onto supermarket shelves and into people’s homes.

The solution? Going door-to-door and trying to convince owners of independent supermarkets to take a risk.

“I was literally pounding the pavement and burning petrol,” Houseman told SmartCompany, recalling the early days of Over the Moo.

“I definitely had to take on a lot of rejection at the time. Especially because the category [dairy free ice-cream] is so young. You’re asking all these stores to take a punt but it was a way of building up the trust.”

The risk pays off

In some cases, Houseman would convince the owners of IGA supermarkets to sell the ice-cream on consignment – meaning he would only be paid if all the stock was sold.

It was a risky move, but high-risk ventures can come with high rewards.

He found Over the Moo ice-cream would fly off the shelves in these stores and the stockists were soon asking for more.

Within two months of Houseman hitting the pavement, Over the Moo ice-cream could be found in 40 stores.

The product was originally limited to trendy inner-Sydney suburbs like Dulwich, but soon the dairy-free brand was building up a loyal following in places like Canberra and Newcastle.

The next big milestone

Now a year later, Over the Moo ice-cream is stocked in 210 independent retailers from northern Queensland to King Island, off the coast of Tasmania.

And on Thursday, Houseman was celebrating yet another milestone: having his product distributed nationally through supermarket giant Woolworths.

Tips for getting stocked in a major supermarket

Asked how he managed to snap up a deal with Woolworths so early on in the business’s lifespan, Houseman says it all comes down to hard work.

“Building up a track record is key,” he says.

“Having that track record in the IGAs, I could literally go into the meeting and say I have stores in blue-collar outer Canberra suburbs but then I’ve got Mosman and Kirribilli [in Sydney] and have repeat orders through winter.

“You need to dig deep into where the customer is and why they’re not shopping at Woolies. I think that’s the most effective argument you can provide to Woolies during your pitch.”

Social media a must for growing your business

Social media has also been a “huge” reason for the business taking off, according to Houseman.

“The most well organised community on social media is the vegan community, it’s much larger than anyone gives credit for,” he says.

“When you are vegan you are so limited in where you can shop and buy and eat and so on, so they’ve really responded by building that community and always recommending cool brands and products to each other.”

As for what’s next for the business, Houseman says people can expect “more of the same” because the current strategy is working.

“We’ve always got some kind of new flavour in the pipeline, so there will be new flavours all the time,” he says.

“It’s only our second year, it’ll be our second summer ever, but we’re looking to make ourselves the authority on dairy-free indulgence.”

Add a few bells and whistles and you’ve got a full blown dessert on your hands. Or dinner, no judgement #OverTheMoo