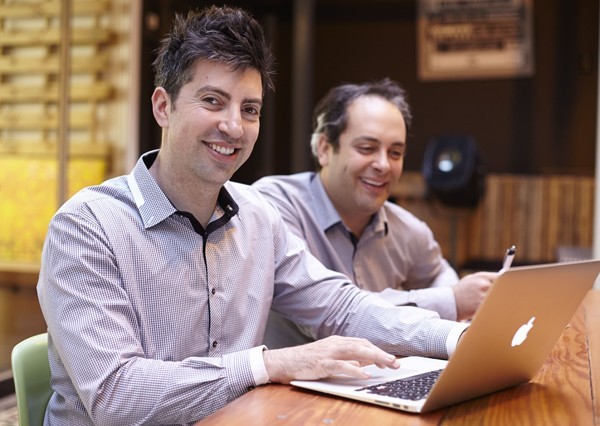 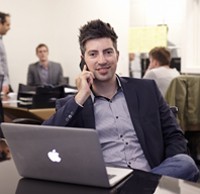 Like many new businesses, LeadChat was born out of its founders seeing a clear gap in the market.

“It just started because my business partner Michael was running an audio visual company and he was spending a lot of money on ads… without a lot of enquiries coming through to his website,” Tramer told SmartCompany.

Tramer previously managed direct sales for large corporates Citibank and American Express, and by consulting with business owner Jankie the pair had the idea of bringing sales people directly to websites in real-time.

In a single day, the trial of LeadChat eclipsed Jankie’s sales of the past few months combined and the new company was born.

Those little online pop-up windows that ask you if they can help you? That’s LeadChat.

“I think we saw about a 300% growth over the last period, we’re on a million bucks we’re growing quite quickly,” Tramer says.

Tramer mainly attributes the speedy growth to two reasons. The first is SMEs are spending a lot of money on online advertising without seeing results and the second is LeadChat has a great team of people spreading the word.

“Everyday more and more enquiries are coming through,” he says.

But Tramer and Jankie have another unique advantage: Tramer has a neuroscience degree from Monash University and is putting this knowledge into practice at LeadChat.

“We actually have a department of the business that focuses on psychology and neuro-linguistics,” he says.

Staff at LeadChat spend time analysing different speech patterns and what greetings work on which customer – all in a bid to help their clients businesses grow.

“It doesn’t matter whether it’s a $100 million health insurance company or a $50,000 lawn-mowing company for New Zealand,” Tramer says.

Tramer gave SmartCompany a glimpse of what a typical day is like in the fast-growing business.

Tramer’s days are fast-paced and they start early.

Next up is exercise.

“It’s either to the gym or to crossfit depending on the day of the week then it’s home to get the three kids ready for daycare or school,” he says.

Tramer then heads straight into the office for a daily team meeting.

LeadChat is one of a new breed of early-stage Australian companies that are starting out in co-working spaces.

Working out of the co-working space Revolver Creative, which is situated under the Revolver nightclub in Prahran in Melbourne, gives staff the freedom to work when they want, says Tramer.

For Tramer, most of his time is spent coaching staff. LeadChat now has around 70 employees in Australia and around the world.

“Usually between 10 in the morning and 5pm, Monday to Friday is filled up with spending as much time as possible with the team,” he says.

And that includes co-founder Jankie, with Tramer’s desk just one metre away from his friend. But he says their schedules keep them so busy and focused on their own tasks, little time is left for small talk.

Both partners use standing desks and are enthusiastic about their benefits.

“They say sitting is the new smoking right? It’s terrible for your back, for your posture… your posture can influence your mood and your emotions,” he says.

“I even got in as a test a desk treadmill… [but] Michael said it was too noisy.”

With a demanding job and three kids under five, Tramer admits he doesn’t have much downtime.

Exercise is also an important part of Tramer’s routine, including walking and gym sessions, and it’s another thing he has in common with Jankie. Every Sunday at 7am the pair go on a two-hour morning walk together.

Tramer brings his one-year-old and Jankie brings his three-month-old and the two discuss the week gone and the week ahead for LeadChat.

With LeadChat growing quickly, it’s no surprise to learn the company is attracting plenty of attention from others in the market.

“The amount of phone calls from investors and buyouts we have to field and say ‘not now, not now’ … I expect we’ll sit down with someone and talk of managing the growth we’re dealing with,” Tramer says.

Tramer and Jankie have plans to expand to the United States, where they will establish an office and put staff on the ground, potentially in New York.

As with most technology driven businesses, there is always work to be done to refine their product offering. In 2016, Tramer says this will involve technical upgrades to improve customer experience as well as some “crazy behind the scenes to make it better.”

But Tramer is conscious of not letting these opportunities change his priorities, saying he plans to continue putting his family first and take time out to maintain the elusive work-life balance.

“Family is certainly number one (priority) and then LeadChat is very close second baby…both keep me up at night,” he says.