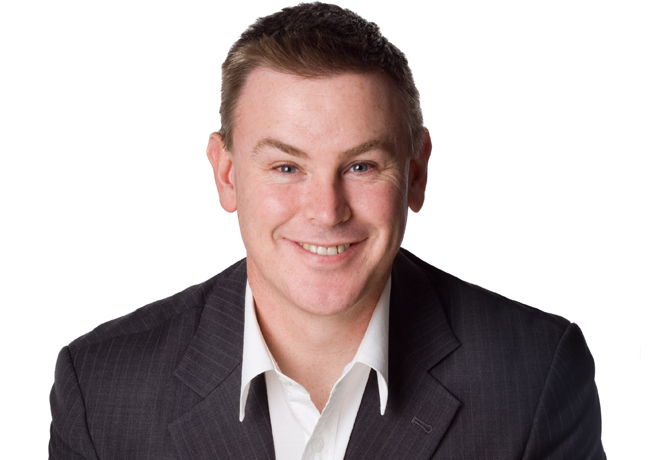 Academia is a key aspect of Dr Brendan Moloney’s life and business.

Moloney spent many years working in administration at the University of Melbourne before leaving to start Darlo, a consultancy business that helps smaller education companies utilise the skills of academics.

Moloney, who turns 40 this year, has also spent his fair share of hours in lecture theatres, with a bachelor degree in history, a PhD in education, and even half a business degree to his name.

“I dropped out probably on verge of being kicked out, but I learnt a lot there,” he says.

Today, Darlo has several businesses under its umbrella, including businesses that provide consulting, technical writing and proofreading services and a division that helps employers find staff in higher education.

Between degrees Moloney spent half a dozen years travelling around the globe, visiting and living in Canada, Japan, Korea, and Europe.

In 2011, upon completing another PhD in marketing Australian education in Asia, Moloney attended a conference for fellow Melbourne University PhD graduates, where a speech by economist Professor Ian Harper inspired him.

“Ian Harper’s chat put it to us that if we weren’t going to lead in business in our fields, then no one else was going to,” Moloney says.

“And I thought to myself ‘do I want to stick it out at Melbourne University and have a career in administration or academia or go into the big world and try to start a company?’ ”

Moloney left behind the ivory tower and launched Darlo, which now turns over $4.2 million annually.

“A lot of people I knew would create better quality work and companies that would support Australian professionals rather than a consultancy that started in America and spread around the world,” he says.

“I noticed a lot of people underemployed in precarious employment, casual lecturers working four hours a week, extremely talented people, and I thought there must be a better use of their time.”

SmartCompany caught up with Moloney to find out his passion for diversity in the workplace is setting up Darlo for further expansion.

For this Melbournian, every morning starts with a leisurely walk to work that Moloney finds relieve stress and helps him get on top of each day.

He walks for about an hour, before getting into the Darlo office right in the heart of Melbourne’s CBD.

Moloney’s first part of the morning is then spent talking to his staff, as he says a good workplace culture is vital to Darlo’s philosophy.

“[It’s] going around the office, finding out how people are doing, checking if they’re looking too stressed or not stressed enough, and if they’re feeling well and productive and comfortable and ready to go,” Moloney says.

“[It’s about] aiming to ensure work conditions are great and people are happy.”

For Moloney, the rest of his days are spent checking up on various reports about project management and sales, accounting and assessments of where staff members are at working on different tasks.

Half of the employees in the Darlo office are under the age of 25 and a third of all staff hold PhD qualifications, predominantly obtained at The University of Melbourne.

“It’s a bit of snobbery I guess but I just find we get good people from there,” Moloney says.

Moloney is passionate about hiring young people as well as staff from culturally diverse backgrounds, with many of the younger staff involved in hiring decisions and overseeing projects.

His advice to other business owners is to get younger employees involved in hiring people and engaged in projects.

“People like to work in a growth company because the work is meaningful and the journey’s a little bit unwritten,” Moloney says.

“The productivity problem in Australia might be related to not being able to build or create things.”

Although Moloney says leisure time is “not really compatible” in the first stages of setting up a business, taking time out from work is something he advocates for himself and his staff.

“Usually I tend to escape to nature and the environment, when I can,” he says.

“It’s really important when growing a business, growing really rapidly for yourself and other people to step outside the company.”

“[It’s] important to be involved in life as well, and not too caught up in the business,” he says.

Moloney sees big things in Darlo’s future and predicts an office change in the next six months as the company continues to outgrow its office spaces.

From small beginnings with a staff of just three at the start of last year to now having 45 employees, Darlo is continuing to evolve and expand its services.

Maloney is looking to New Zealand and South East Asia as Darlo becomes a more global business, but he says Melbourne is still home.

“I think we’re pretty lucky to be based in Melbourne,” he says.

Moloney would also like to expand within Australia, ideally setting up offices in Sydney and perhaps Brisbane in the future.

But Moloney says it’s essential for Darlo to remain true to its essence: caring about the link between the individual, the company and the community.

“The key aim for Darlo is to have a nice place with nice people and nice projects … if we can achieve these three things customers will be happy and we’ll be happy,” he says.