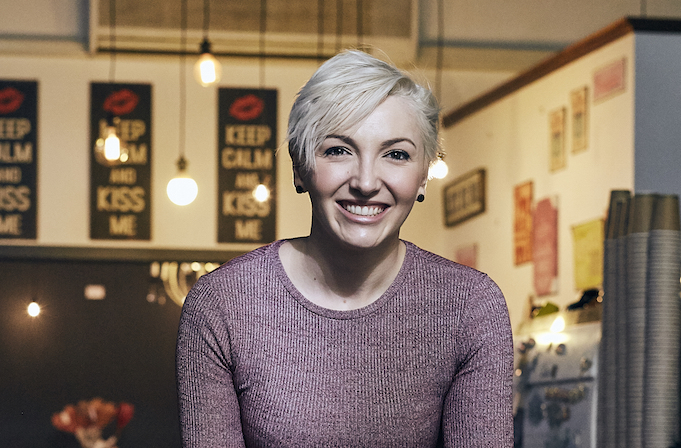 Jasmin Robertson took over her family’s small condiments business when she was 24-years-old. Despite not knowing much about food, Robertson managed to grow the business into a household name.

Today, Roza’s Gourmet employs 17 people and is on track to turn over $3 million by the end of this financial year from its range of gourmet sauces. SmartCompany spoke with Robertson to find out how she scaled the hobby business her parents started, along with her plans for the future.

Mum started the business as a hobby when I was 4-years-old.

She decided to use the produce on our land to make some sauces. We sold them to passing traffic. During the day, I would tie the ribbons on the ends of the jars because I had the littlest fingers.

We got a little bit of a following and mum and dad decided to do markets.

It sounds really charming and heartwarming now but at the time it was not so cool. The last thing you want to do as a child is not do extracurricular activities and instead go home and pick basil.

But I was quite entrepreneurial. I got my parents, after a while, to pay me for the sauces I would do. Then I realised I could do more if I had someone to help, so I hired a friend down the road to come help me out on labelling nights.

It was hard when mum passed away; I was 14 and the business had done really well growing organically up until that point.

For the 10 years following that, we were in a bit of a holding pattern – still making the products but not really growing.

It wasn’t until I turned 24 when I thought, maybe this is worth putting some money into.

I did a business degree after school. I wanted to do something far more glamorous than make sauce.

I got a grad job at PriceWaterhouseCoopers but I lasted seven months. I hated it, the corporate world was not for me.

So I quit my job and went back to uni to study acting. Dad said “you need to do something for income, why don’t you work in the business?”

I helped dad segue out of the business and realised there was a lot of potential to grow.

Having to do everything was really challenging, though, because I wasn’t good at everything.

In the early days, there was no delegation. I had to figure out how to set up a website. Before then, dad was invoicing by hand.

It’s hard to stay positive when you’re constantly feeling like you’re failing. There’s no one to bitch about or to bitch to. It’s all you, all your fault.

But it’s all steps in the long road to success; every mistake is a learning curve.

You’ve really got to focus on that light at the end of the tunnel. People who expect success are unlikely to achieve it because it doesn’t come easily.

Focus on the small wins.

It was three years ago now when I rebranded and it was one of the best things I ever did.

I utilised mum’s original style with the black and white; she always wanted the product to be the main standout feature, not the packaging. I wanted to stay true to her philosophy and ethos. I also wanted to create something that was timeless.

The best marketing I could do for the brand was go to all the trade shows and work on the market stalls.

No one can promote your brand like you can. No one will ever be as passionate.

We’ve been growing at the same rate year-on-year for the last four or five years. It’s always felt like a constant state of panic. There are always fires to put out.

This year, my focus is definitely on Asia. I think that’s the future of long-term growth for the business.

Know your strengths and know your weaknesses.

From what I’ve seen and heard, a lot of people try to springboard overseas on unstable foundations. But I’m of the opinion that if you’re not strong in your home market, you won’t find it any easier to excel overseas.