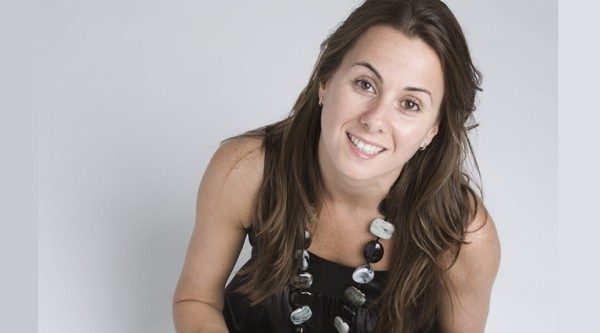 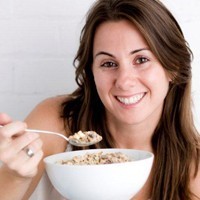 The early days of gluten and nut-free muesli brand Food For Health were instructive ones for founder Narelle Plapp.

Melbourne-based Plapp told SmartCompany this week while she “never aspired to be a muesli chick” a series of events led her to start making her muesli products, which are now exported to 14 countries and generate more than $5 million in sales a year.

Food for Health began in 2005 when Plapp was consulting as a naturopath and ran a health food store bagging up muesli for customers.

Plapp made up two cereals for two of her naturopathy clients to take home as part of their dietary plan and says they both got “really good results”.

Plapp’s sales strategy started out “in the back of a car”, with the entrepreneur driving around Melbourne and jumping on planes to Sydney to cold call potential clients about stocking her product.

She says it was during those hard yards in the early days when she struck it “lucky”. A woman she met working at a particular franchise ended up being a buyer for Woolworths a year or so later.

Plapp jumped at the opportunity to have a direct-to-store trial with the supermarket giant over a three-month period.

“At that time I was still hand-making (the muesli), and I pretended I wasn’t,” she says.

“I remember hanging up the phone screaming … it was a great problem to have but it was like, what now?”

But Plapp says it was a smooth transition all in all, with her suppliers getting on board quickly and about six years ago, she took her range of products national.

While Food for Health will celebrate its 10th birthday in October, Plapp says the business has only experienced significant growth over the past four years or so and only “good profitability” for the first time in the past financial year.

“Prior to that it was about putting back into the business,” she says.

Plapp says getting the national deal with Woolworths was Food For Health’s biggest turning point.

“It gave me the confidence to know something was behind my brand, going from a hand-made to a commercially-packed company,” she says.

Food For Health has more recently enjoyed “fabulous brand awareness” with Virgin Air signing up to stock her product, which Plapp says will see the airline handing out 250,000 of her muesli bars each month to passengers.

Plapp describes her mornings as “madness between six and nine” with her five-month-old and four-year-old children in tow.

She says she is usually up at 6am tending to the youngest and then getting the oldest off to pre-school before getting into the office at 9am.

With a young baby, Plapp says she currently spends two working days at home a week but that doesn’t mean her mind isn’t on the business.

“On those two days I’m never switched off,” she says.

When she is in the office, Plapp finds herself popping home twice a day for breastfeeding at the moment.

“It’s two minutes from my house to the office,” she says.

Plapp, who is also the spokesperson for the government initiative Health Star Rating, says the majority of her working days are usually taken up with marketing, sales and performance meetings.

“My day is never the same, but the obvious things do pop up a lot,” she says.

Plapp lives near the ocean in Blackrock, a bayside suburb in Melbourne and says the beach is a big source of energy during her downtime.

“I’m about two minutes’ walk from the beach,” she says.

Plapp also considers herself a “big fitness person” and tries to fit in about 30 minutes of exercise a day, as well as seeing a personal trainer twice a week.

She also walks on the beach about four times a week.

“The water takes the edge off,” she says.

Asked about future plans, Plapp says a big part of her focus at the moment is on a growth strategy which has so far seen the Food for Health exporting products to 14 countries. Next on the list is to take her products to Taiwan and Thailand.

New product development was also in the pipeline, Plapp says.

“Further incremental distribution in Coles and Woolworths a big part of our strategy too,” she says.