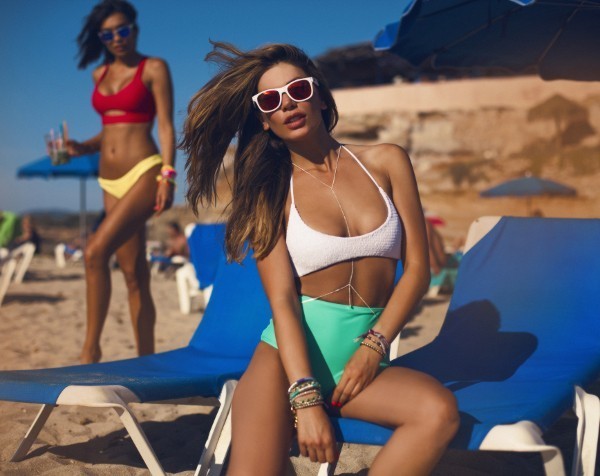 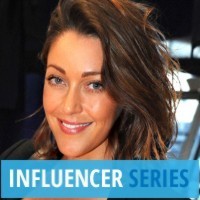 Nikita Sernack is the first to admit 10 years is a long time in the life of a fashion label. But having worked the hard yards and guided her women’s clothing label Nookie through the instability of the global financial crisis, the 35-year-old Sydneysider now feels momentum is on her side.

Sernack founded Nookie in 2005, later adding a swimwear brand, Nookie Beach, to the business. Based out of Sydney and Brisbane, the label employs seven people and turns over $2.5 million each year. Close to 25,000 people like Nookie on Facebook, while more than 132,000 follow the label on Instagram.

I have been working in fashion for a good 10 years now. Before I started Nookie, I was in hospitality and went to university for a short while.

I’ve always been creative and had an inkling towards fashion in some respect. I never studied fashion but I have always made my own clothes. When I worked in hospitality, there was demand from customers who would ask where my clothes were from.

I started Nookie with a friend of mine, Brooke [Coleman], who was in the year above me at school. That’s where the name Nookie comes from: Nikita plus Brooke equalled Nookie. Brooke was involved for the first few years.

I was pretty young when I came into fashion. I’m not sure having worked in hospitality helped me that much with running my own business but there were others things that encouraged the growth of the business.

I’ve worked with my father quite a lot and he has been a mentor to me, supporting me at every step. He is a corporate, big business man. He taught me how to think like a big business and adopt the strategies of big business early on.

I’ve also worked with a lot of different hospitality groups and I continue to work with them. It’s not a huge part of my business but I design the costumes or uniforms. I’ve worked at those clubs so I know what they need to wear.

I’ve always funded Nookie with my own money and support from my family. I’ve never had an investor.

Ten years is a long time. We had lots of early success with great accounts, fashion shows and great events. The first five or six years were about fantastic brand building. It had a good energy about it and value to it.

It feels like we are capitalising on that now more than ever. In the last two years, you can really feel the momentum, feel the kick.

It’s really interesting because after the GFC, retail stores were going under and it was an unstable time. The traditional sales cycle, which we operated in, was not viable to continue with at all. The market was changing.

I was considering whether to continue with Nookie or not. But I turned my focus on what works, on the brand and its profile and who the Nookie girl is.

It was a make or break situation. But if you make it, you learn how to make it work.

We now have 80 stockists in Australia. We used to have a lot more but we decided to cut back. Now we are quite particular about who stocks Nookie. They must get the brand and not be a risk to us.

Online is huge for us and it continues to grow. Online would make up around 50% of sales. The US is a big part of that business. For the past few years it has been on a steep uphill.

I haven’t felt the effects of international retailers coming to Australia on Nookie.

It works both ways. Because of the exposure we now have in the US through social media and branding, the US is the next frontier. It has so much potential for us and we will be showing in Miami this year.

We also have a bit of an expansion in our line this year. A new line will open up later this year. It will still be for girls but another entity.

The power of social media is crazy. We get stockists requests from all around the world who have seen Nookie in that capacity.

We will also be continuing on with the #NookieGirl phenomenon and our Nookie Tours. We have three or four trips on the horizon.

It’s a great marketing strategy but it’s also quite collaborative with other companies. We’re looking to cement strong relationships with different people and organisations that are right for our brand.

I have a brand manager who oversees Nookie’s social media but we could probably do with a few more people. It’s a very important role. I did it for a long time myself and I still contribute to it daily. It comes naturally. We love to see our customers wearing Nookie.

For the near future I will be on the Nookie train. I’m super passionate and my dreams keep my mind buzzing at night with all the possibilities for the brand. And scrolling through Instagram keeps me awake too.

You never know what the future might hold. Nookie will evolve as well. There may even be a Nookie Rookie brand for children in the future too.