How Presentation Studio founder Emma Bannister created a $2.5 million business by helping others speak in public 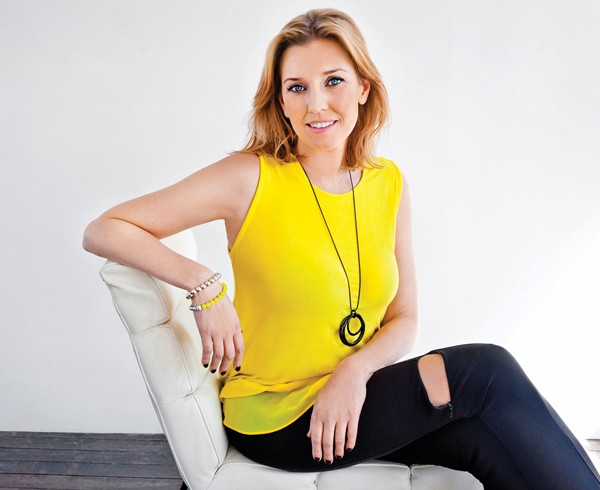 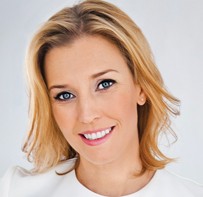 Despite being a self-confessed introvert, Emma Bannister is carving out a career as an entrepreneur helping others succeed in public speaking and delivering engaging presentations.

Bannister founded her now multi-million company, Presentation Studio, on her kitchen bench in 2006 when she was pregnant with her daughter.

The Sydney-based company helps write and design content for business presentations and has attracted large corporates such as Microsoft and the Commonwealth Bank, as well as chief executives and business owners keen to nail important meetings and pitches.

Bannister, who grew up in the UK, comes from a graphic design background and says she recognised more than a decade ago that some in the corporate world were “missing that opportunity to do PowerPoint well”.

“The purpose of what we [at Presentation Studio] do is write and design presentations, with the goal of transforming them into powerful presentation tools,” she says.

“When we use intelligent visuals and the message is clear, it gives speakers the confidence and the audience the ability to understand – quite often this is missing (in presentations).”

Bannister believes her former corporate background, especially at Deutsche Bank in London, taught her a number of key skills that gave her an advantage when starting up her own small business.

“It was about being creative within tight deadlines,” she says.

“You can’t have everyone making up their own designs; the chosen design needs to bring everything together.”

When she arrived in Australia in 2002 Bannister claims local firms were using platforms such as PowerPoint “badly”, which meant there was a gap in the market.

“I became an expert in PowerPoint and started freelancing with the goal of earning some extra cash while pregnant,” she says.

Things soon evolved to a point where she called on her to dad help build a business website.

“One thing led to another, suddenly I was so busy I had to ask for help to manage clients,” she says.

For Bannister, the early days were “very much” a matter of working off her kitchen table, sending emails and then running outside and “pushing my daughter on the swing”.

Growth in the early stages was slow, with Bannister putting “every dollar” back into the business and first hiring freelancers before taking the “plunge” and getting her first employee.

“She still works for us,” Bannister says.

It became a case of reducing her own salary to get her first employees and then trying to play catch-up, something Bannister says she worked very hard to do, especially as a young mum.

“It was tricky, but it was fortunate because I could work from home,” she says.

“Lots of people had ideas about being flexible, but you make it work. I was very focused on finding the right things around me to make sure I could focus on the things I was good at.”

That hard work has paid off; Bannister’s Presentation Studio is cruising toward its 10th birthday next year.

In the 2014-15 financial year, the business turned over more than $2.5 million and is on track to hit $3.3 million in turnover in the next financial year. Bannister now employs 25 full-time employees.

“The more people that understand what we do, the more we grow,” she says.

“We’re on track for another 25% growth on last year, that’s really exciting. This quarter we’ve had 56% growth on quarter one last year.”

Bannister says one of her biggest challenges has been learning how to deal with the business “Christmas drought” in Australia.

“For us personally, we’d never experienced the Christmas drought where often corporates close their doors and books from December to January,” she says.

“In England, it’s about four or five days.”

To offset this Bannister developed a 10-month sales plan for the business.

“We understand December and January are going to be quiet and balance rest of year to counter that,” she says.

Another challenge was a failed attempt to diversify the business in the form of an app.

“It failed because it is not my passion, but it zapped all my time,” she says.

“We realised it is a mistake, took the hit with financial cost, went back to strategy and presentation.”

But Bannister says that failure made her focus on what has now become Presentation Studio’s success.

“We are the experts in presentation and people come to us,” she says.

“That niche is what we’re really good at. I love that, my team love that, were all passionate and really proud about that.”

SmartCompany spoke to Bannister about her day-to-day life and what makes an introvert thrive in a career about giving talks and presentations.

Bannister is a self-confessed “morning person”; she’s usually up at 5.30am after an early night’s sleep.

Mornings are the time to spend with her two daughters, and then the family is typically out of the house by 7am, with just enough time to drink her smoothie on the drive into work.

Bannister also likes getting to work early to “power through emails” and uses a technique that involves setting a timer and competing against the clock.

“I’ve been taught a good skill of putting headphones on and setting timer on for 50 minutes,” she says.

“I spend my morning doing a couple of blocks of that.”

A typical day usually sees Bannister in meetings for most of the afternoons, while there are times on Monday and Tuesday set aside for catching up with her team.

“I really try and block stuff out for those times so everyone knows what’s happening,” she says.

Bannister and her team moved into their newly custom-renovated premises in July.

“We ripped out the walls, invested really heavily in this space,” she says.

The premises cost $140,000 to renovate, with much of the cost going towards creating a workplace that prioritises wellbeing – there are standing desks and “collaboration spaces” for example.

“All the things that give it a great vibe,” Bannister says.

Growth has brought its own challenges when it comes to getting the right mix of staff.

“It’s been a really hard thing over the years, we had a fantastic team when small,” Bannister says.

“I employed people when I was small enough to know everyone, when we grew we had a problem with culture dissolving.”

Last year was the first time Bannister realised that prized culture had been lost.

“That was physically evident. The goal when we moved was to put practical things in place and focus on values,” she says.

“It really has brought everyone back on board,” Bannister says.

When Bannister isn’t at work she is often on the road, giving presentations to other businesses about the value of Presentation Studio’s work.

“I get out there and share insights about what makes a fantastic presentation, and talk about what others do,” she says.

Bannister unwinds by going to the gym or sauna, travelling or going to see a movie.

She also wants to be a leader in promoting rejuvenation for herself and others.

“I’ve registered the leadership team to do a Vedic Meditation,” she says.

“I’m starting tomorrow and so is my leadership team, tools to re-energise and focus, pretty excited about it.”

Bannister identifies herself as an introvert, which also means she finds herself craving solitude and “me time”.

Asked whether public speaking and working in the field of presentations is a challenging career choice for an introvert, Bannister says that’s actually what has helped her understand the benefits of a good presentation.

“I know that’s what made me great at this industry, I understand the fear people go through with public speaking, because it’s one of my fears as well,” she says.

“I know the confidence of having a great presentation. It’s about having the tools to build your own confidence.”

Bannister is focused on building Presentation Studio’s content and training divisions in the future.

She’s also looking forward to starting a public workshop to help others structure their messaging, which starts this month in Sydney, and you will likely find her spending more time doing her own public speaking in the near future.

Wellbeing at work is also a big passion and Bannister sees the benefits of introducing things like yoga and meditation classes to the workplace.

“I want to prove small business can have a very positive workplace culture,” she says.

Beyond that, Bannister sees her future firmly cemented in the idea of expanding the status of the presentation industry in Australia.

“In US and UK it’s recognised as an industry, I really want to continue to build that here,” she says.

“I’ve identified this industry and really want to grow it. That’s my main goal, to grow the industry.”