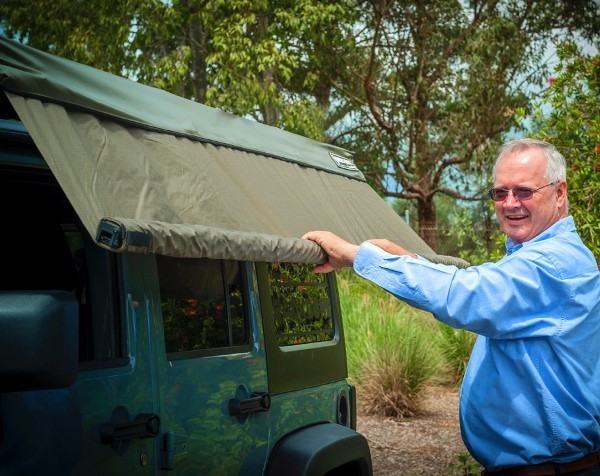 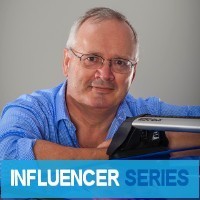 Chances are if you have seen cars with roof racks driving around Australia, you’ve come across Rhino-Rack. The first set of Rhino-Rack roof racks were designed by now 58-year-old Sydneysider Richard Cropley in 1992 for his retail business, Roof Rack City. Now the company of the same name is one of Australia’s leading roof rack manufacturers.

Rhino-Rack products are sold in more than 30 countries and Cropley’s business employs 163 staff worldwide. A passion for solving his customers’ problems has held Cropley in good stead, with Rhino-Rack now turning over approximately $50 million annually.

My background is in agriculture and farming. My family had a farm in Goulburn and I spent time in Papua New Guinea. I went on the agriculture buying circuit and was running my own business from there.

When I came back to Australia I sold tractors across the country, including in Dubbo, Perth and the Northern Territory.

My brother had a retail store in Perth and a bloke who sold roof racks there wasn’t having much luck. He said, ‘why don’t you give it a go?’ We had $10,000 in savings and we borrowed $1 million from the bank to buy the brand, Rola.

A year later I opened my store, Roof Rack City, in Sydney. I soon grew sick and tired of fiddling with rook racks so I decided to design a commercial roof rack myself that could be fully assembled and hassle-free.

I sold my house and Rhino was born.

I was quickly approached by a sales manager from Toyota to supply roof racks for all their work vehicles and a contract with Telstra followed.

Those contracts represented a larger percentage of the business in early days. But the company just grew and grew from there.

The practical experience I had helped. By pulling a bulldozer apart and fixing things, I learnt the basics of engineering.

I also had good training from my father who should have been an engineer. We had a fantastic workshop at our house and there was nothing we couldn’t build or fix. Those practical things helped.

And from Roof Rack City I knew the market and what both retailers and manufacturers want.

We had the cash flow from Roof Rack City and all the money we made from wholesaling around the country, we put back into more research and development.

The business has grown exponentially.

Our products are now stocked by around 800 outlets. We’ve opened warehouses in Perth and took over from our previous distributor in New Zealand.

We’ve set up distribution all around the world. In 2009 we went to the US and set up a hub in Denver, Colorado.

It was a big decision and probably the worst time to start due to the Global Financial Crisis. But now we are profitable in the US and distributing in South American countries and Canada is going very well.

We have a presence in the Middle East, Germany, France and some Asian countries but we are currently concentrating on the Americas.

Peru, Chile and Argentina are just starting to fire up. But in some respects, we want to slow our growth down in real terms.

There is only so much we can do so quickly.

Entering new markets can be a financial drain. We’re recording growth of between 25-38% some months but we want to keep it at a sensible level. We don’t need any new markets at the moment.

I believe in using a very flexible business plan. You have to change to survive. And never stop investing in R&D.

You have to keep coming up with ways to make your products better and continue to solve people’s problems.

The best marketing we’ve ever done is to put a sticker on every Rhino roof rack. It’s a unique product and it advertises itself.

We also invest heavily in online marketing. You need to supply as much information as possible in every country you operate in. We used to use the Yellow Pages but that no longer works. It’s much better to use online and make sure the information is there and easy to use.

I can’t see myself starting another business. I don’t need to. I love what I’m doing and as long as the passion is there, I’ll continue.

I’m having good fun too. I’m about to go fishing for a month to test out all our new equipment.