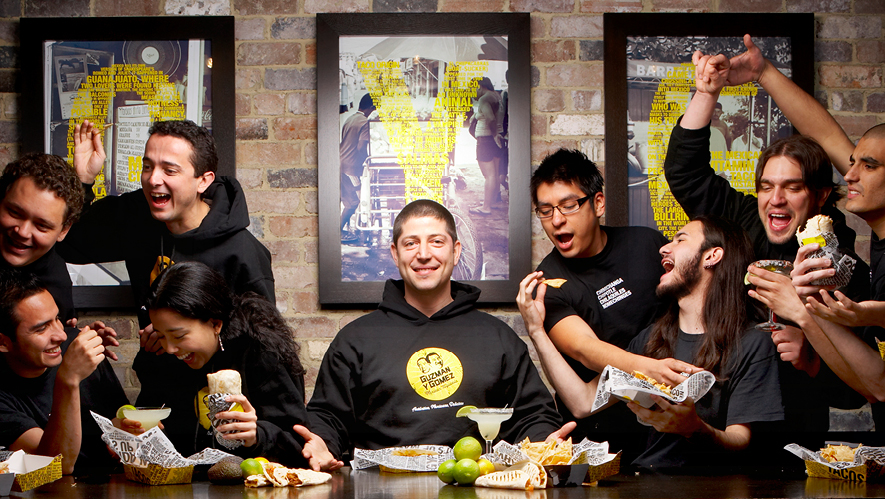 Today, the takeaway chain has around 70 stores turning over around $150 million a year. This year, Marks is planning to ramp up Guzman y Gomez’s presence in Asia and re-define fast food.

SmartCompany sat down with Marks to find out how the former hedge fund manager turned a loss-making takeaway chain into a multi-million dollar empire.

Even though I don’t sound like an Aussie, I have been here for 12 years.

I fell in love in Australia, met my then wife here, and had two beautiful girls.

But I missed Mexican food. The first thing I did when I came to Australia was try to find some Mexican food; It was a ridiculous interpretation of what it should be.

A lightbulb went off. I had wanted to raise money for a hotel down here, but realised it wasn’t going to happen.

So I surrounded myself with the Mexican community.

Newtown [in Sydney] to me was like the East Village [in New York] – people there are willing to try new things. So that’s where we opened our first taqueria about 10 years ago.

Australians thought my black beans were olives and they didn’t know what my soft tortillas were. So I thought, “shit, this is going to take some time”.

I opened up another outlet in Bondi Junction, then one in Kings Cross and Australia Square.

They were all losing money but I kept opening them because I knew this thing would turn around.

I never really marketed, I just kept improving my food.

Culture is everything. I knew if I created that really early on, we would be untouchable.

Today, we have 70 restaurants and we’re in Tokyo and Singapore.

We’re just as fast as McDonald’s. But that slow, painful start is so integral to what Guzman y Gomez is today.

My advice for budding entrepreneurs? You have to enjoy a little bit of pain. As an entrepreneur, it has to be painful for it to be good.

There will be a point in time when it will get scary. Know that, accept it, and never compromise.

There are times when people say why don’t you cut the quality and cut the staff. No way. That’s when you up the quality, send people to culinary school.

It will work because it has to work. That’s the mindset you have to have.

You have to look yourself in the eye and know you’ve never compromised on your values. If you do that, you’ll win.

If you have a healthy paranoia that somebody else is going to beat you, that helps too. And know when you need help.

What would I do differently if starting Guzman y Gomez over? I think maybe I wouldn’t have grown so fast.

I think I could have slowed it down a little bit and not put so much stress on myself. Pain is inherent for success but maybe I caused myself a little bit too much pain.

We’re going to go out there and re-define fast food. That’s our next move.

When did fast food become bad food? I don’t want to put McDonald’s out of business, I want them to change and I want to lead the way.