How this Aussie startup caught the attention of Michelle Obama 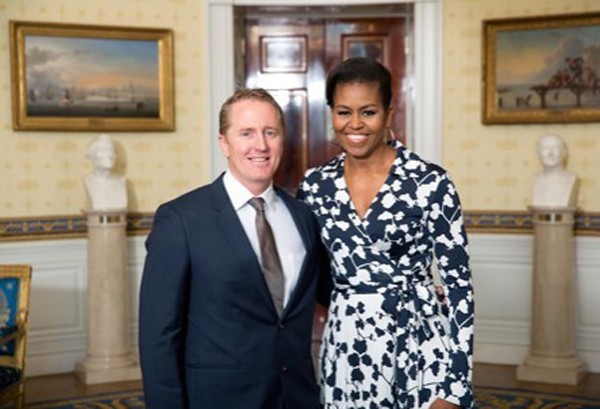 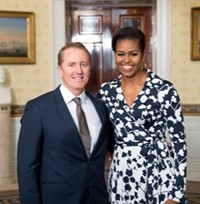 An Aussie startup has made it all the way to the White House.

The campaign was an effort by Obama’s Reach Higher organisation to spur young Americans on to further study.

Stackla collected content from participants and presented it on the initiative’s homepage, as well as enabling the campaign’s digital billboards in Times Square, which broadcast the hopes and dreams of US children to passers-by.

Obama told a gathering of project partners at the White House about the role education had played in her career, Mahoney says

“Having support from her parents encouraged her to pursue education and meant she had the right networks to be successful,” he tells StartupSmart.

Mahoney says young people in Australia are “spoilt” in comparison to their American peers, who find higher education more difficult to attain.

“If you don’t have the means, it’s almost impossible unless you get a scholarship,” he says.

Stackla closed a $3 million funding round earlier this year which it is using to further push its overseas expansion.

The startup began operations in Sydney consulting sports teams on their digital profile but has turned its hand to several social welfare campaigns since launching in the US last year.

Working with not-for-profits is not so different from commercial corporations, says Mahoney, with both types of organisations turning to Stackla to highlight the voice of their clients.

Mahoney’s team has won over a number of large corporate customers since opening its San Francisco offices, including CBS, Lenovo and Ford, proof the shift overseas has been successful.

But Mahoney says it wasn’t an easy transition, describing the last year as “up and down”.

“It was almost too easy for us in Australia,” he says.

“But we’ve done it here through sheer hard work.”