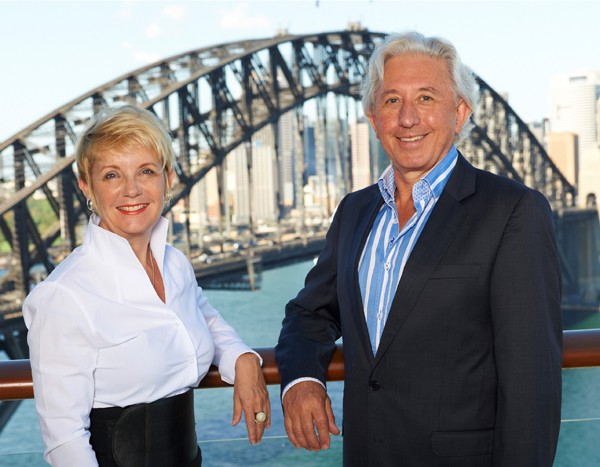 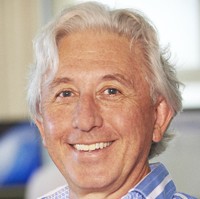 Psychologist Glyn Brokensha admits there are times in his career when he was wrong.

The 64-year-old co-founder of Expr3ss!, an algorithm-based recruitment software that helps employers hire the best candidates, initially thought the idea for his business would never work.

Expr3ss! was founded in 2005-06 and in the past financial year turned over about $3 million, but the core technology was developed in 1998.

Brokensha and Burns met almost two decades ago when Burns, who comes from a corporate recruitment background, needed some help trying to fill positions in a company that was about to list on the Australian Securities Exchange.

Brokensha, who trained as a doctor but developed a special interest in psychotherapy, had experience in administering surveys that aided clinical assessment in his practice.

“She came to me and said those surveys in your practice would help me choose the right people,” he says.

“I said ‘No it won’t work, it’s a psychotherapy tool’. As always, she was right.”

It wasn’t until a few years ago that Brokensha says he began to feel comfortable with the idea of using the tool in a recruitment setting and to predict people’s behaviour “before I meet them”.

About 300 companies now share about 4500 log-ins to use the recruitment tool now.

Brokensha says the clue to explaining what Exp3ss! does is hidden in its name; specifically in the number three.

“The biggest problem companies have in recruitment is that people select ‘can do’ people and get mesmerised by ‘can do’ skills, when people don’t work out it’s not that they don’t have skills, it’s that they’re not the right fit.”

Brokensha says the recruitment tool takes about six minutes to complete by an applicant and is “non-threatening”.

“It’s disarmingly simple, it looks like a Cosmo quiz,” he says.

“But it’s very powerful at seeing how people will fit in a particular role.”

The tool measures candidates according to common characteristics and qualities found in someone well-suited to the role in the particular organisation or business.

“We look at more than one person in a role to determine which characteristics are common,” he says.

“If we can get four or five people in a role we can get a good measure.”

Once a benchmark has been created, the tool helps prospective employers select potential candidates by finding someone close to it.

“It’s theory free. We’re not wedded to any theory of personality; we’re saying when good people do this, if we get someone similar, they might be right for this role.”

The tool works for companies of all sizes, even smaller companies with fewer staff with which to create benchmarks.

Brokensha uses the algorithm tool to select his own staff.

“It’s vital to do that, we’re a small team; it’s to make sure we have compatible personalities,” he says.

“Not only do we use it, but it also guides our coaching so we can tailor the way we approach our staff.

“If you know what someone is like on a deep level, you can speak with them and know what they can do to improve themselves.”

SmartCompany spoke to Brokensha about the challenges of securing investment in the early stages as an entrepreneur in Australia, how his business came close to folding at one point and what drives entrepreneurs to dig deep.

Brokensha says while his mornings are usually unstructured, a typical day would see him wake at 6am.

“Then tea to revive oneself, breakfast is an egg or muesli on the run with Carolyn,” he says.

A change in his daily routine and working life “came in spades” about four or five months ago, Brokensha says, when he realised the computer coding he was still doing in the business was getting in way of the work of a professional engineer he had employed.

“At that point thought, I’m getting in this guy’s way, it would be better if I accelerated my positon to doing strategy and R&D,” he says.

So he set about investigating new technology and exploring business partnerships and other “synergies” in the marketplace.

“Right now I don’t go to the office any longer,” Brokensha says.

“I do things like set up meetings, go to universities, read.”

The changes in Brokensha’s daily routine also reflect the growth Expr3ss! has achieved in recent times.

The business is currently growing 30% year-on-year and staff numbers have increased from a part-time employee three years ago to a total of 13 full-time employees now.

But Brokensha says the early stages of growth were difficult with a lack of significant investment and the company’s policy of not taking out loans.

“In the early stages of being entrepreneur, particularly in Australia, the venture capital scene is such that people either want to invest in the next unicorn or they want to see really good business figures.

“Then based on that, many are not prepared to chip in what a business is really worth.”

Brokensha says some of the proposals he received in the past were “laughable”.

“Why would we part with this much of the business to get a tiny bit of cash, which if we just stand still we’ll get in six months anyway?” he says.

For Brokensha, being an entrepreneur is about digging deep.

“If you talk to entrepreneurs that dig deep and make something special – it’s commitment to working 80 hours a week and pushing the car long enough to get the car started,” he says.

This determination saw Brokensha survive a near “fatal” mistake in the business a few years back.

Expr3ss! Had decided to a build an applicant management package that involved not charging applicants for the test itself, but only when they accessed the data and used it.

“We were able to put the psychometrics at front, it made a huge difference, and it dropped prices down,” he says.

But Brokensha says it also meant he and Burns “nearly went broke”, estimating it cut their income by about 95%.

“We’re classic entrepreneurs; we sold the house and put the money into the business,” he says.

“We backed ourselves right down to our last $10,000 in the world, choosing to live with no car, no house and in rented accommodation. Then we got our turnaround customer.”

That customer was Spendless Shoes and Brokensha names general manager David Evans specifically as a great support for the business.

“We went from not having enough to live on to making a profit,” he says.

Brokensha is an avid reader and spends a lot of his spare time reading books and his Kindle to relax.

He says the habit probably stems from rainy days spent indoors in London during his childhood.

“I like to read fiction and non-fiction. I read the first thing in the morning and the last thing at night,” he says.

“I can have about six books on the go at any one time.”

Brokensha says he and Burns also enjoy the arts and tend to watch a lot of movies together.

For Brokensha, relaxing is about doing “less activity”.

“We’ve been through a period of really heavy growth in the last few years, so it’s those things which involve less physical activity that I like,” he says.

His yoga teacher, who he calls a “lifesaver”, also does a weekly session at work for Expr3ss! staff.

“Yoga is a great leveller; people are more true to themselves. If you’re seen to be a terrific salesperson, but can’t do a downward dog properly…”

Brokensha says one of his personal goals is to never get bored.

Another goal for Brokensha is to have “sufficiently good business ideas” so as to not need to worry about money ever again.

“I want the business to be the next level up, to be more creative and two or three times the size it is, just by continuing on the same course,” he says.

Having just returned from trips to the US and UK, Brokensha says he would consider exploring international markets in future but also thinks it is OK to achieve “small” success.

“But I’d do it advisedly and keep ourselves strong at home,” he says.

“While I’d love to be a big success… I’d be pretty happy with enough.”

Brokensha says his penchant for storytelling is one way of keeping staff motivated for the journey ahead, but in general he prefers staff motivation to come from within.

“In terms of motivation, once you get the remuneration right, that’s enough,” he says.

“But after that I want people who motivate themselves.

“When people motivate themselves they don’t need watching and you can trust them to do the right thing most of the time.

“If you leave good people alone, most of time they’ll want to do a good job, it’s in them.”