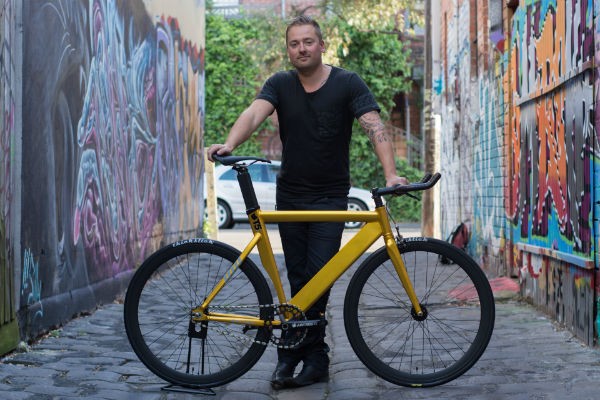 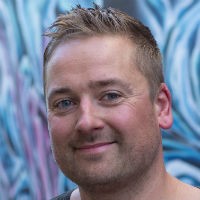 Steve Atkinson founded Just Ride It five years ago after deciding he needed to follow his true passion in life – bikes.

The risk paid off. Today, Just Ride It turns over close to $3 million and has stores in Melbourne, Perth and Manchester in the United Kingdom. A London store will open its doors in December.

SmartCompany sat down with Steve to talk about why people should play to their strengths and sometimes jump into the unknown.

I’ve always been a passionate bike rider all my life.

I was in logistics for four to five years and decided I didn’t want to do it at all because I wasn’t passionate about what I was doing.

I took six months off to do a bit of travelling on my own. I sat down on the beach and thought, ‘what do I want to do?’.

I had an interesting conversation with a business owner I know back in the UK and he said what do you love to do, what are your hobbies?

I said it was bikes. That was the obvious thing and a light bulb went off in my head.

So I got into the bicycle industry and imported a certain type of bike when into Australia as there was a gap in the market for this type of product.

I waited six to eight weeks for the container to arrive and we sold out within the first three weeks.

That was the birth of Just Ride It. It was a bit of a risk – I’d never been in retail before.

More and more of our customers were asking us to start customising. We’re pretty much a 100% custom bike store now.

We send bikes all over the world and build them for Coca Cola, Adidas, Levi’s. We build bikes for a lot of huge corporate brands.

Around about 60% of our sales are from domestic customers who find us online or come into the stores. The other 40% is all corporate.

We started in South Melbourne in literally a garage with rent of about $200 a week.

We got an opportunity to shop-share on Brunswick Street with a vintage clothing store.

It’s double that now, but at the time it was coming into summer in Melbourne, so it was a perfect time to sell bikes.

Within three months we took over the whole store.

One of the biggest hurdles for us as a company has always been cash flow. Every month you’re forking out thousands of dollars for a new shipping container and you’ve constantly got to be banking cash and saving.

We’ve never had a marketing budget. But we’ve recently starting paying for a little bit of Facebook advertising.

Delegation is so important. Starting up in the first two to three years, I was wearing a thousand hats.

I should have delegated two years ago. We could be a lot bigger now.

It’s about having that trust in other people which you need to do in business. You need to let people be proactive and use their initiative.

I did my own bookkeeping and it was stupid because I’m not a bookkeeper.

Delegate the things you can’t do.

One of the things that is absolutely key in business is having a point of difference.

I see this issue every week; a new gym will open on Brunswick Street and it will close within six months.

We do free servicing for life for every single one of the bikes we sell. That’s a huge point of difference.

Do what you love. I see a lot of people do irrelevant things.

To stay in front of the competition you’ve got to be 110% dedicated. Use your interests to your advantage.

What makes a good business work is its systems and procedures. Make sure all your strategies are right and everyone is in the same mindset.