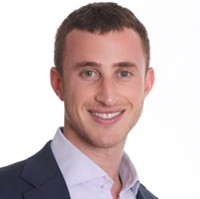 It was a fortuitous meeting at a Halloween party in Los Angeles that sowed the seed for the creation of Cohen Handler, one of the fastest growing real estate businesses in Australia.

At the time, Ben Handler was working in property development and his now business partner Simon Cohen was also in real estate.

Together the two Australian entrepreneurs began exploring what they saw as a gap in the booming Australian property industry for the services of buyer’s agents.

“The concept was inspired by the US and how it was already been done there,” Handler told SmartCompany.

“We just saw an opportunity for buyer’s agents to have their voice represented.”

Handler and Cohen came back to their homes in Sydney and started their business from Handler’s bedroom.

That was in 2009 and the pair’s property services business Cohen Handler is marking its mark in an industry that until recently had limited experience with buyer’s agents.

Cohen Handler has four offices in Sydney and has opened one apiece in Melbourne and, more recently, in Brisbane. The business employs 43 employees.

The business has also become a regular Smart50 finalist, landing in fifth place in 2014 and third place on this year’s list.

They are impressive figures for a business that was created with an initial investment that looks modest by comparison.

“We started with $5000, part of which went to building the website,” Handler says.

“It was very lean and haven’t spent a dollar of debt until recently; it’s all been organic.”

As 2015 draws to a close, Handler says the new year will be about going “back to basics” on its systems, with Cohen Handler planning to focus on the technology it uses to prepare for further growth.

“Further scalability in the digital landscape is a huge objective of Cohen Handler, he says.

“We see that as our future.”

And 2016 will also see Cohen Handler focus on a region of Australia that is quickly becoming an important part of its business.

“South-east Queensland is a new region for us… it’s very dynamic, especially as property prices in New South Wales and Victoria are so inflated,” Handler says.

SmartCompany caught up with Handler to find out what makes a strong business partnership and why he takes time each day to think creatively.

Handler practices yoga six days a week so you will usually find him on his yoga mat from 5.30am. Breakfast follows at around 7am and then it’s time to get to the office.

But before he walks through the office door, Handler takes a moment to reflect on the immediate key objectives and what he wants to “get out of the day”.

Handler says he knew early in his career that climbing the corporate ladder wasn’t for him.

“When I worked at Charter Hall in the corporate world, on my first day there I remember thinking working for someone else is not for me,” he says.

“I realised very early on I wanted to create my own thing.”

Being able to create his own business has no doubt been made possible by his partnership with co-founder Cohen.

“I think it’s critical in any business partnership that there’s complementary skill sets and you both can work to your different strengths and weaknesses,” Handler says.

“Otherwise you’re doubling up on skills.”

While Handler says he and Cohen were “doing the same thing” when they founded Cohen Handler, they have now taken on different roles.

Handler is chief executive and focuses on the marketing, strategy and operations of the business, while Cohen focuses on working closely with clients as the company’s top tier buyer’s agent.

“You’ve got to acknowledge and respect and value each other’s attributes and what you’re both good at and both be accepting and mindful,” Handler says.

But he dedicates at least one hour in his day to “think creatively”, usually somewhere outside of the office.

“I meditate twice a day as well; it resets and recharges me.”

Reflecting on the past six years of growing the business, Handler says he has no regrets.

But if was starting the business all over again, there is one thing he would do differently.

“I’d try to be less reactive and observe a lot more,” he says.

Handler says this would apply to “anything”, right down to simple decisions about the business.

“It’s about observing and understanding, researching better and being more informed.”

When he is enjoying some downtime, Handler will likely have his head in a book. He is an avid reader, with multiple books on the go at any one time.

But that doesn’t mean he isn’t still thinking about this business while relaxing, with his choice of tome usually business-related.

Ownership is a topic that Handler is passionate about, saying he believes the word is often underused in businesses.

“Every single person within the organisation, including me, must have ownership of what they do,” he says.

“Taking ownership of projects, tasks and leadership has transformed our business.”

For Handler, the future will be about building on what Cohen Handler has already achieved in a consistent way.

“It’s just that compound effect, nothing drastic,” he says.

“It’s working consistently both professionally and personally. I really strive to do that day to day.”