It’s safe to say 2018 has been a tough year for retail, with market downturns and numerous high-profile collapses. But for Alicia Monasso’s unique business, a market downturn can sometimes be exactly what her customers want.

That’s because when other retailers’ stock isn’t selling well and needs to be shifted fast, Monasso’s 300,000-strong userbase are first in line to purchase it — at a discount, of course.

Monasso runs Hussh, a one-of-a-kind business based in Melbourne which has carved out a niche in the limbo between retail wholesaling, factory outlets, and deep discount e-commerce players such as Catch.

Users who sign up for Hussh are sent weekly notifications about back-alley warehouse sales, where high-profile brands and retailers such as New Balance and Aquila slash their prices up to 70% on old- and new-season stock. Hussh notifies the shoppers and organises the sale with the retailer, but it’s up to the users themselves to get themselves to the warehouse.

However, this wasn’t always the case, as Monasso tells SmartCompany Hussh’s foundations are based on a business her mother used to run back in the 90s and early-2000s, where busloads of shopping fanatics would traipse around warehouses seeking out deals, way before the days of online sales.

“At its peak, she was sending 800 bus tours a year to what were then secret warehouses around Melbourne, this was way before DFO existed,” she says.

But when e-commerce stoked up and the internet became widely adopted, the number of bus tours started to die down. However, in 2010, Monasso devised a plan to combine her mother’s industry contacts along with the power of the internet to create an online version of the bus tours, which became Hussh.

“We started out as a manual process, handing out clipboards at sales events and getting wholesalers we were already working with on board, and it just started to grow from there,” she says.

“It wasn’t until 2012 that we started to take it seriously. [Until then] I was still doing it on top of my full-time job. I slowly started to invest in social, marketing, and I built a proper website that wasn’t just a landing page.”

Today, Hussh’s revenue sits at about $1 million with about 300,000 members on its mailing list. She says the majority of her clients on the retail side are independent and rely on her customers to help them clear stock they otherwise wouldn’t be able to.

Asked who Hussh’s biggest competitors are, Monasso comes up blank. She’s confident no other business in Australia operates in the same specific niche her business does, though she recognises online-only alternatives such as Catch and Ozsale come close.

She believes she holds an advantage over those players in some respects, with her business model allowing shoppers to try before they buy rather than purchasing blindly during an online sales event.

But Hussh is also hedging its bets, expanding into the world of online sales as well, which Monasso says have had “astounding results” so far, though notes they can’t compare to the flurry of shopping which occurs at the physical warehouse sales.

“We had a sale at Wittner where everything was super discounted, and they sold $60,000 worth of shoes in five hours,” she says.

From that $60,000, Hussh itself takes a cut, which also ensures the sales are exclusively for Hussh members and are only over a set period of time, be it four hours or four days.

The business owner says the company’s subscriber list has been languishing at the 300,000 mark for a while, and she’d prefer to see it grow to the one million mark to ensure Hussh’s successful future. 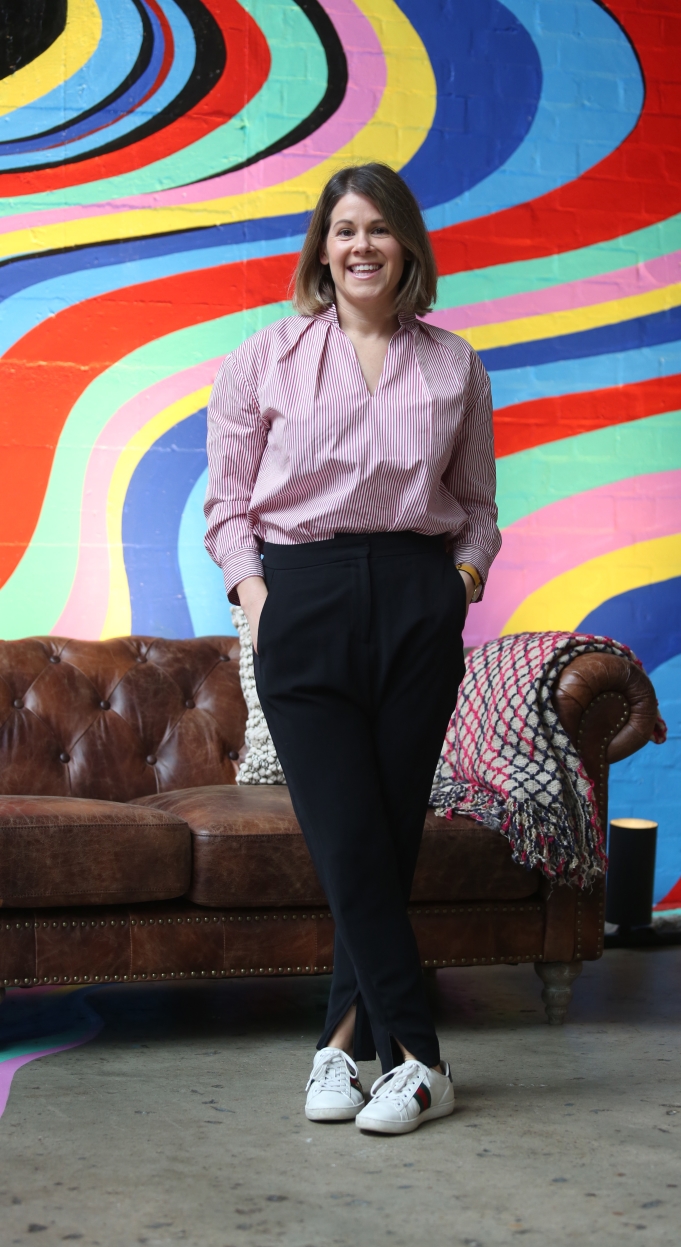 While the business doesn’t have anywhere near the same overheads as a comparable business in the online retail space, Monasso says her digital overheads are still significant, with the founder spending a lot of money on advertising and marketing to increase her subscriber base.

She also blames “sales fatigue” as a reason for the business’ slowed growth over 2018, as if Hussh runs three or four sales a year for a kitchenware brand, there’s “only so much kitchenware one subscriber can buy”.

“We’re looking at big moves in 2019 to try and reach more people. This year we opened our first warehouse of our own in Kensington which lets us run warehouse sales for brands who don’t have the time or resources to run their own,” she says.

Retail soft on all fronts

In the past, Monasso says Hussh has won out when the rest of the retail market has relaxed, but in a recurring theme, 2018 hasn’t quite been like other years. She says it’s been hard to get her customers to buy, even when things are discounted to near 80% off.

“I can’t put a finger on it. It might be sales fatigue, or it might be that sales at a retail level are so good that going to sale events isn’t as beneficial as it once was,” she says.

This has led to Hussh needing to negotiate harder with its partners to get prices down even lower, having to attract people to the point which they “get in the car” and come to the sale.

“It’s been a bit up and down and hit or miss, some have performed and some haven’t. I think next year we’ll just need to be a little more careful.