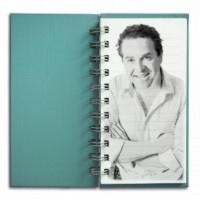 Gelato Messina, the Australian mecca of gelato stores, is a booming success, but it hasn’t always been this way.

Imagine the rigmarole of selling your business, seeing it fall into financial mismanagement and then getting the company back when it’s placed in administration two years later.

It’s an experience foreign to most business owners, but this is what happened to Gelato Messina founder Nick Palumbo. Coming from a background in the restaurant and café industry, in the late ‘90s Palumbo realised he didn’t like “the economics” of cafés, but loved the idea of a gelato business.

In 2002 Palumbo moved from Adelaide to Sydney and opened Gelato Messina in Darlinghurst with 20 basic flavours.

“I made the move because I didn’t think Adelaide was ready for a standalone gelato bar 15 years ago, but I thought Sydney was where to do it,” he says.

“It was a challenge from day one. We opened the first store and it was quite successful, but then about six to 12 months later a competitor opened up and then the war began as to which of us could open more ships. This was a big mistake for both of us.”

Following this mishap an opportunity arose for the business to be acquired and for Palumbo to become a supplier to the business. He did just that, but quickly the new owners of Gelato Messina found themselves in financial strife.

“One day I got a letter in the mail saying they’d gone into administration. As payment (Palumbo was one of the major creditors) I took back the Darlinghurst store.”

“I started from ground zero again and at the same time my brother moved from Adelaide to Sydney and I got him involved in the business.”

After taking it over again, it has gone on to flourish through the help of word of mouth and social media. Now the business is turning over $10 million and has 120 staff.

Palumbo spoke to SmartCompany about turning around the business, expanding overseas and, of course, his favourite ice cream.

Palumbo used to be at work by 6.30am every day, but with two little boys his routine has undergone a shakeup.

“I still go to the Darlinghurst store and do the reconciliation from the day before every morning. It’s just that store, but I find it difficult to let go of that one little thing. Darlinghurst represents my baby and I have to go there every day.”

When the staff arrive at around 9.30-10am, he leaves for the head office.

“I then spend the first few hours on email. Since we’re opening stores overseas, overnight there will be emails which have hit my inbox. For many though I have an extended answer – ‘no we don’t franchise, no we don’t want to open a store in Siberia’.”

Following the morning routine, Palumbo’s day is fluid. Six months ago his focus was on getting the Bondi, Melbourne and China stores off the ground, but right now he has a lull between store openings.

“At the moment we’re in negotiations in Shanghai and I’m still designing all the store fitouts myself, so I’m constantly liaising with designers.

“I’ll also have discussions with staff members, talk to the marketing team and discuss for at least half an hour what’s gone wrong in the factory that day. It doesn’t sound very glamorous, but my day is filled with doing things which are making the business bigger.”

Palumbo is in the position now to focus on growing the business thanks to the help of his brother Danny, chef Donato Toce and marketing specialist Declan Lee.

When Danny came on board the first change he made was to forbid Palumbo from serving customers.

“He took on all the customer service and that was really the beginning of the Messina you see today where it’s focused on a really good product… One of our biggest things is changing the flavours on a daily basis,” he says.

From the day Palumbo’s brother started in the business it started growing, but they still had only one store.

“I could see one of the chefs at a restaurant across the road from us (Donato Toce) was getting tired and he had an interest in what we were doing, so I asked him to come work in the gelato business. I gave him shares in the company and made him a partner.

“I worked alongside him for two to three years and taught him what to do and how it’s done at Messina.”

The next growth spurt for the brand came when it embraced social media. Palumbo recruited Declan Lee who was a former DJ friend and had a strong social media following.

“The irony is we have quite a massive presence on social media… but I only recently got an account so I could track what customers are saying about Messina,” he says.

Not afraid to make decisions others would question, Palumbo says not all of Messina’s decisions make financial sense.

“Right now I’m trying to figure out the cost of importing equipment to ground our own nut pastes to make a silkier product,” he says.

“Our mantra has always been that we need to be totally self-sufficient. Everything we sell in our stores has been made by us. Funnily enough in 80% of the cases it’s actually cheaper to do it our way, but in the remaining 20% we know it’s a bit silly. But unfortunately that’s our mantra and we live by it.”

Innovation has also been part of Gelato Messina’s success, seen most evidently by its elaborate cakes and display at the recent Sydney Festival.

“They wanted Gelato Messina to have a store, but we decided to do a Gelato Messina world. It was like a carnival. There were gelato hot dogs, toffee apples, dagwood dogs and ice cream lollypops.

“It was an amazing success. We have a creative department and that’s where we make all the ice cream cakes and the tricky stuff which makes us no money. We do it because it generates interest and it lets us keep the chefs we employ.”

Palumbo explains three years ago trying to get a chef to come to Gelato Messina was a challenge, “they’d laugh at you because it was almost a demotion”.

So Palumbo gives the chefs three to five hours a week of creative time to let them come up with their own recipes.

He believes small business owners don’t have to pay staff more to retain them, but they do need to “make the work environment amazing”.

The inspiration for the inventive flavours comes from “everywhere”. Not afraid to admit to taking ideas from other businesses, Palumbo says in the end everything has been done before.

“It’s more about the interpretation. Ideas come from our mum’s and their desserts all the way to Europe. We look at everything… but the main guy who is now the gatekeeper is Donato.

“I still make sure I know what’s going on, but I’ve taken a back step in the past two years. Donato and I spent a long time coming up with recipes which allowed us to put things together at sub-zero temperatures. We can pretty much get anything made in the pastry world and formulate a way to make it work at cold temperatures.”

Some of Gelato Messina’s signature flavours include apple pie, pear and rhubarb, tiramisu and chocolate fondant. You’d think working around gelato every day you’d never want to eat it, but not Palumbo.

“I eat it every day and I wish I could say I was bored of it. This morning Donny brought in a new sample for Valentine’s Day and it was a cake which has a frozen mousse and a champagne sorbet and wild strawberries with a biscuit crunch in the middle. I tried it at 9.15am,” he says.

“For me, my favourite flavour was from when I was young. It’s a baked cake from Messina in Sicily which had candied citron. It’s hard to find here, but it looks like an overgrown lemon, but doesn’t taste like it. It’s then chopped up fine and rolled in frangipani. I love the flavour, so we made an almond gelato with this cake,” he says.

“But of the standard flavours I’d say tiramisu.”

Reflecting on the past 12 years, Palumbo says his biggest mistake was selling the business and one of his proudest moments was appearing on MasterChef last year.

“I guess MasterChef are scraping the bottom of the barrel these days! But it was an amazing experience that someone recognised Messina as something more than a few scoops in a cone. On a business level it was last year on a boat for our Christmas party just seeing all the people we’re employing, I couldn’t believe it.”

For Palumbo, Gelato Messina is his passion.

“For me I still live in a world where just because everything is great now, it doesn’t mean it will be in two years. It sounds bizarre, but because it was hard to get it established I didn’t have time to do anything else.

“Other than my family, Messina is my work and hobby all in one. I used to love go-karting and F1 and I hope one day I can get my sons into it.”

Palumbo doesn’t have aspirations to be a 30-strong franchise, instead he aspires to have around 30 to 40 stores throughout Australia and overseas.

“We don’t want stores which turnover on average $500,000, we’d never open a store like that. That would be a waste of our time and resources… We see 20 stores in Australia, but there are also opportunities overseas in markets where we feel comfortable, “he says.

“In America, locations like Brooklyn and Portland, where we understand the market and the people. The other day we were accused of being hipsters and that just pissed me off. We’re not chasing trendy areas, we just realise these areas are where there are communities who understand food and don’t just go out to get smashed at the local pub.

“We don’t just go somewhere because it’s popular. We don’t want to take over London; we want to go to Brick Lane.”

NOW READ: How Gelato Messina raised its prices and kept sweet with its customers