“It’s about the lifestyle”: Why this entrepreneur chose to run his $6 million company from a regional area 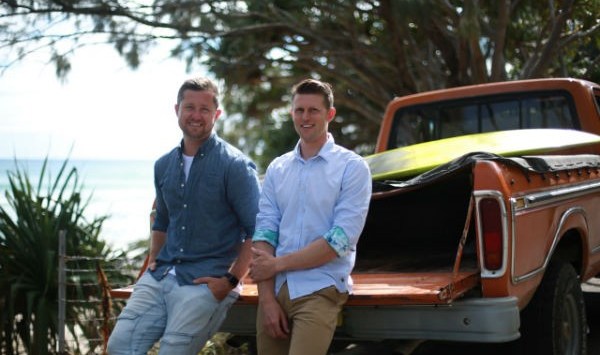 Andrew Crawley co-founded Jack Media four and a half years ago while he was living in Sydney and his business partner was living in Canada. Today, the lead-generation marketplace is on track to turn over close to $10 million this financial year after recording turnover of $6 million at the end of July.

SmartCompany sat down with Crawley to ask why he decided to risk everything by starting his own business and why he and his co-founder decided to settle down in Byron Bay instead of a capital city.

I left uni and got a fairly standard sales rep job for an outdoor retail company.

At the same time, I had close friends like James [Kitchener] – who is my current business partner – going off and doing their own online businesses.

They were off travelling the world running businesses and it was one of those things that made you sit up and pay attention. It was a wake-up moment.

So I got a job in online marketing to learn as much as I could to start that progression of doing my own thing at some point.

We launched four and a half years ago off the back of quite clever software we built to help people in the group buying space.

We had some quick, early growth and really good relationships with some of the big players.

At the time we formed the business, I was in Sydney and James, my co-founder and now CEO, was over in Canada.

It was a bit of an interesting dynamic where you have co-founders sitting on other sides of the world but you still have to manage your everyday business challenges.

It was never really a problem, though, because being young guys we were used to Skype, email and modern forms of business communication.

We’re a lead-generation marketplace. Our job is to work at managing and creating that marketplace where we can connect advertisers with publishers.

I find it interesting the number of people who talk about online advertising like it’s a mature space when it’s really in its infancy.

The only thing we know for sure is there’s going to be a lot of change in terms of how people buy media online, how they engage online and what users do.

That’s always been our attitude from the start. Online advertising is new and there are always new improvements and developments coming through.

It’s really important to not be complacent and to really try to think ahead of the curve so you’re not sitting stagnant when something changes.

I think the number one thing you’ve got to do is just start. I think that’s where most people fail.

There’s plenty of ideas in the world but the hesitation to pull the trigger and start the process is key. If you haven’t started, then your ideas are irrelevant.

The thing that keeps us awake at night is how do we keep that good growth going, and how do we accelerate it and do things smarter?

That’s a good headspace to be in. How do I improve and make things better rather than asking, ‘how do I solve a negative problem?’

We have been self-funded from the start, although for the first six months I did a little consulting on the side.

Our business has always been funded out of its success rather than having to hope that it was going to be successful in some point in the future.

One of the fundamental questions you’ve got to ask yourself is how you’re going to make money.

It seems like a really basic question but it’s a fundamental part of the business.

Byron Bay is a pretty epic part of the country to live in. We have an office that is 400 metres from some pretty amazing surf.

You can surf until 8 o’clock in the morning and still be in the office at a reasonable time.

My house is 5km from the office and it’s much nicer than what it would be if I lived in Sydney.

It’s about the lifestyle. I can see my wife and three-month-year-old for lunch, which I know my friends in Sydney can’t do.

It’s only an issue from a perception point of view. If you choose to let it be a problem, it will be a problem.

But living in a regional area can be a massive asset to your business because of the headspace, the lifestyle and the environment you’ve got to work in.

If I could start over, I’d probably would have simplified things earlier.

I would have created more focus on product offerings and outward presentation, making what we do as simple and digestible earlier.

It’s probably really simple, but the best business advice I’ve ever received is just get going.

It’s so fundamental because nothing matters until you’ve done that.

The focus over the next six to 12 months is to cherry-pick those big opportunities and those big moves that will make significant steps forward in the right direction, rather than those little moves that shift energy and revenue sideways.