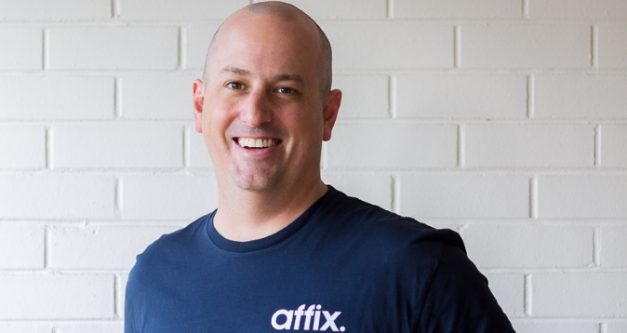 Sick of the business models of traditional recruitment companies and fuelled by a desire to help out lesser-known startups attract talent, in August 2015 Jarrad Skeen set out to create Affix.

Skeen had come from a corporate background with 17 years experience working with multinational recruitment firms, but had long held an ambition to launch his own venture. Two years on with $4 million in annual revenue and a projected $6 million for the current financial year, Affix has evolved into a fully-fledged and disruptive company.

Talking to SmartCompany, Skeen reveals the pros and cons of being closely in business with family members, and why he’s secretly hoping some competitors start to emulate his unique business model.

I launched Affix in August 2015, and up until then, my career was with some large multinational recruitment and search firms. My last role before Affix was being the general manager of one of those firms.

It had been an ambition of mine for a number of years for me to launch my own recruitment business, but I wanted to do it while genuinely solving problems in a way that’s unique and in a way the industry isn’t already.

There were some fundamental issues which were holding back the recruitment space, and I wanted a chance to try and really address those issues. We needed to be friendly to the customer and to the candidate.

To do that, I first needed to address the industry’s flawed commercial model. Most businesses create short-term recruitment behaviour, which causes risky and expensive transitions, especially for startups.

We wanted to change it up. We offer our customers the option of paying the fees over the first 12 months of hiring the candidate, and if it doesn’t work out, they stop paying.

We wanted to create a genuine partnership model. You can’t get rich doing a crappy job — it’s only going to be financially successful if the work you do is good.

The primary reason for starting my own business was that I’ve always had a strong passion for startups, commercialising great ideas, and taking risks.

Running Affix with this model supports that in a way that helps startups manage cashflow, and lets us share in the hiring risk, which can be a difficult thing to do in tech.

Starting Affix always felt like the natural next step for me in my career.

I always felt there was a better way to do this, and this is it. The feedback we’re getting from customers and candidates we’re working with is so positive, and our model really impacts the success of their business.

We’ve had people say “I can’t believe other companies aren’t doing it like this, it just makes sense”.

Our customer base is largely company founders, as they see the absolute advantage for them with us sharing the risk and putting our skin in the game. Our commercial interest is tied to the first 12 months of the new candidate, so we play an active role in supporting them and the business.

Businesses like Affix can be very hard to establish, as the barrier to entry is much higher. You can be profitable pretty quickly in recruitment, but with our model, it takes a lot longer to build a solid income base and become profitable.

Our model meant we had to forgo some short-term profit to build a longer-term sustainable business model. Short-term business models can lead to a lot of lumpiness when it comes to clients and cashflow.

I actually think the higher barrier to entry was a good thing for our business, as it’s let us build that better business model for ourselves and our clients. We’ve also established ourselves in a niche market and as an advocate for many Aussie startups and small businesses which don’t have quite the same brand value as other tech companies.

These companies are doing amazing things and solving great problems, but they still struggle to bring talent into the business. They just don’t have the same brand pull, and we’re helping with that.

I keep an eye out to see if there are any other businesses offering what we offer, but I don’t think there are. It’s hard for traditional recruitment businesses to flip their models.

In some respect, I hope some other competitors do pop up as it promotes better outcomes and more accountability in the industry. But right now, it’s a genuine point of difference, which sets us apart.

I was fortunate in the early days that a number of people I knew were happy to come along for the ride and work with me. We’re now starting to get people approaching us because they’ve heard about what we’re doing, and we’ve grown to a team of 14 people.

I look to employ people who have a huge passion for the industry, but also who have a desire to find a better way to do things and solve problems.

Supply and demand for tech talent is a huge issue, and we have to all find new ways to solve that problem. I wish there was a silver bullet, but there isn’t.

Companies need to think about how they position themselves as an employer; it’s about how you’re selling yourself. On the other hand, I think senior technologists need to take on some more mentoring and training roles to attract more people from outside the tech space.

My brother and sister are both in the business in senior roles, and they’ve been on board almost from day one. We’re very close, and we have a great working relationship.

But it’s not without its challenges — we had to establish clear lines in terms of work versus non-work time. Our relationship is based on family first with work being a big part of that, as opposed to being entirely dominated by work.

I’ve found it to be the case we often forget that we’re family. It’s so important to build a business in the early days with people around you that you know and rate.

There are probably a thousand things I would change if I could do it all again, but none are huge clangers. We’ve changed the model up a few times since starting, and there have been some things we thought would be amazing but ended up getting changed.

Early stage businesses should always look to get good advice around shared ownership and how to structure it well. Also, learn how to market your idea and work out what point in your strategy you should employ someone to market it for you.

I probably would have really benefited from that advice early on.

We’re pretty keen to expand geographically right now and do a lot more work across Australia. We want a greater presence nationally, and we’d like to be expanding into Asia in a few years.