The big bong: How Jim Kouts turned Off Ya Tree into a $30 million business 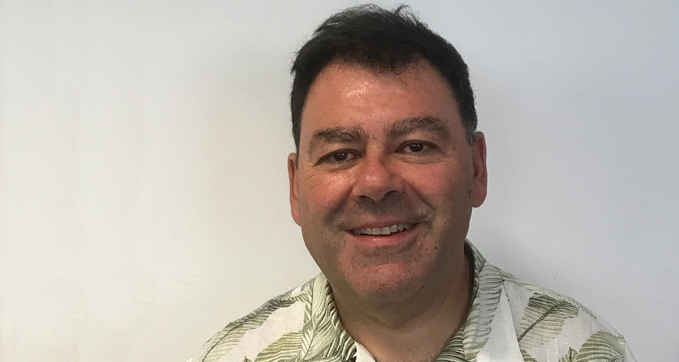 In the late-70s in a quiet store on Melbourne’s Sydney Road, Jim Kouts’ music business wasn’t doing too well, failing to strike a chord with shoppers in the city’s developing inner north.

So like any good business owner, Kouts introduced a new product range in the hopes of enticing a few more customers through his doors.

But instead of investing in some fresh racks of wax or some sparkling new synths, Kouts etched out a corner of his store dedicated to selling the main thing a 70s teenager needed: bongs.

“The bongs were doing a lot better than the music side of things, and in the end, I gave up on the music and just pursued the bong side of the business,” Kouts tells SmartCompany.

“That grew, so I opened a stall in Vic Market as well, then we opened other stores, started manufacturing, and took on partners and turned it into what it is today.”

What it is today is officially called Thendro — but the business is more commonly known by its two pioneering brands Off Ya Tree and The Bong Shop, which are Australia’s leading suppliers of smoking paraphernalia.

Kouts operates about 25 Off Ya Tree stores across the country and runs The Bong Shop online out of its Canberra headquarters. And while the nation’s capital might seem like a strange place for a bong store’s home base, Kouts explains it’s one of the few places in Australia he can run it.

“Canberra is one of the last places in Australia where bongs are legal. When we started in 1978, bongs were legal everywhere in Australia but over the years legislation has come in state by state,” he says.

After the bans rolled through, Kouts said he had all but given up on bong side of his business, however, the advent of e-commerce has allowed The Bong Shop to thrive online.

This legislation has seen bongs in other states sold as ‘water pourers’ and other obtuse glass objects. It has also been a regular pain point for Kouts and his business, though the SME owner proudly declares he has always complied with all legislation to the absolute letter.

But that doesn’t stop him from describing the changes as a “tidal wave” — one which has forced Thendro to bend over backwards to comply with authorities and resulted in regular discrimination against the business from banks, marketplaces and payment providers.

“I have enjoyed running the business but it’s always been a challenge. I think as a country we’ve got the whole cannabis and bong situation back to front. We’re way behind where we should be with this — we’ve got blinkers on,” he says.

This means Thendro has been refused business loans and leases on new offices. Kouts recalls one major snub by a big four bank, which occurred at the 11th hour after the business had moved over its entire portfolio of accounts from a different bank.

“We got right to the last stage where we were signing our letters of offer and they said there was a problem and they were going to restrict us in every way they could,” he says.

“There’s a fair bit of discrimination and stigma about the business.”

Kouts also lists eBay, Afterpay, Zip Pay, Paypal, Instagram, Facebook and Google as some of the companies who refuse to allow Thendro to use their services.

Thendro and its subsidiaries, which include an online vaporiser shop and a tattooing and piercing business, are no small fry either, with the business turning over approximately $30 million a year.

The business’ growth has been cyclic, says Kouts, having some low points in recent years. However the business is on the up currently, and looking to the future the founder is hopeful for growth — as long as recreational cannabis legalisation is on the cards.

Kouts holds strong views about the legalisation of recreational cannabis, and while he’s welcoming of advancements in the medicinal space, recreational legislation has remained almost entirely stagnant.

“It’s common sense on what should be acceptable and what should not be. Alcohol is legal in Australia, and if we draw the line there, anything worse than alcohol should be illegal, and anything below it should be legal,” he says.

“Cannabis is so far below alcohol. People love to enjoy a nice glass of Shiraz, but those same people say no one should be able to have cannabis.”

“If I’m a diabetic, a glass of scotch can kill me, but I could still enjoy a joint. Why are we discriminating against their right to enjoy themselves?”

With the Australian Greens being the only party currently with proactive legislation to legalise cannabis, Kouts is gloomy on prospects of legalised weed in the near future, claiming many parliamentarians still lump cannabis in with illicit hard drugs such as ice and heroin.

But if that legislation does come, Thendro will be first in line for a distributing and growers license, with Kouts sanguine about his business’ overall future.

“Our brand has been around for 40-odd years, we’ve quite big, and we’re very visible.”

NOW READ: How Sean Dollinger built a billion-dollar business in three years in a quest to become the ‘Amazon’ of cannabis