“Kmart is a ‘bottom of the food chain’ business”: Kmart boss Guy Russo tells it as it is 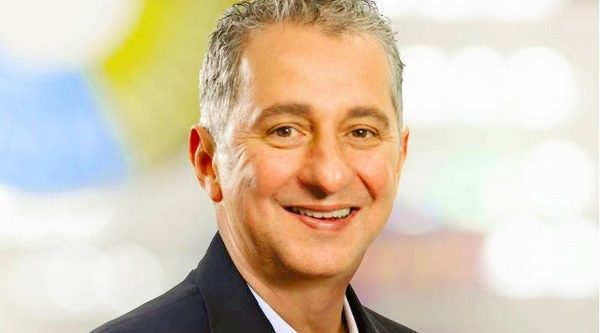 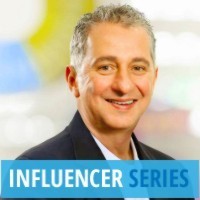 When Guy Russo took on the role of managing director at Kmart he had no retail experience.

The former chief executive of McDonald’s was asked to save the discount retailer, which was “basically bankrupt” and on the brink of collapse five years ago. The business was turning over $4 billion but making zero profit.

Russo has transformed Kmart into one of the most profitable listed department store chains in Australia with revenue of $2.4 billion for the half year ending December 31, 2014.

Watch SmartCompany’s video interview with Russo to find out how he did it:

And here’s some more of Russo’s tips for SmartCompany readers:

I say just shut up and listen.

I did a lot more shutting up at Kmart than I did at McDonald’s.

Everything was foreign to me. At least in the first six months I was so nervous about so much new jargon.

The team used to say to me “Big W’s doing this, Target’s doing that”… I’d walk into the stores and see the lines were long, the shelves were dusty and I’d think ‘How much of that time were they out there finding out about another retailer and what were they going to do with it anyway?’

That’s why, always to my team, I say stay where you are and try to convert people who are in the store.

If you are really going to listen, write it down when people are talking to you. It will engage them more.

The marketing guys said “We are doing 50% off that”, then a couple of weeks later, “We are doing two for one”…  “I said why are we doing percentage offs?”

Let’s get rid of discounting and drop the prices. Why would we want a special for customers to come in one week? Wouldn’t you want them coming in every day.

If you are going to drop your prices you can’t have a lot of product.

You only win a really low price strategy by buying something in volume. We used to sell 100,000 pairs of jeans.  You’d say $15 a pair. If I said I wanted 10 million then the price halves.

The simplicity of the strategy ended up helping all of us out. Variety in our case gave us more complexity and less product.

When we started removing brands that made people nervous.

Customers talk brands, “I’ve got Hugo Boss, I’ve got Bonds,” but they go on price.

We got into total transparency with factories because we found the factories. That was our goal to find the factories that our suppliers were using. We started by adding staff in China.

Unfortunately there is no Yellow Pages for that. We are now at 400 staff [in China] so we have come a long way.

Once we found the factory we started slowly bringing in our standards. Ethical sourcing came around 2009-2010.

In [2013] we had just entered Bangladesh and a building collapsed and thousands died. That ramped up our whole ethical sourcing as we thought we have to be responsible not only for quality and labour but also facilities.

Kmart is a ‘bottom of the food chain’ business. It really has, in my mind, at least for the next 10 or 20 years, no reason to be playing in that mid-level space.

It would be like McDonald’s all of a sudden starting to sell T-bone steaks with knives and forks.

I think the sticking to the knitting is important. If you are going to go outside of that… be very, very careful of it.

Amazon owns online. I’d say to any retailer that’s got bricks and mortar, if you’re really doing online, just make sure you focus on whether it’s giving you the right return to your shareholders. I think there’s lots of companies that shouldn’t even bother.

Everyone says it’s the future, does that mean you need to do it?

Our online strategy, and this may never happen, is to be the largest distributor of needed product anywhere in the world.

The team are not trying to work out how to move a $7 toaster from Bourke Street to Campbellfield… the team’s goal is we buy 700 million things, right now, from China to Kmart. Our goal online would be if Walmart, Primark, anyone, a customer living in America, could buy our $1 plates and order 20 million of them, that would be my ultimate dream with online.

You probably won’t even know it’s Kmart if we get this right.

The online one is a bold vision, that could never take off, but it’s not about trying to compete with moving stuff from Dubbo to Darwin.

DJ, Myer, Target with online are 2-3% of sales and I’ve watched all their profits, all their macro profits go backwards. I said to my team “leave it”.