Meet the woman running a $2 million empire from home 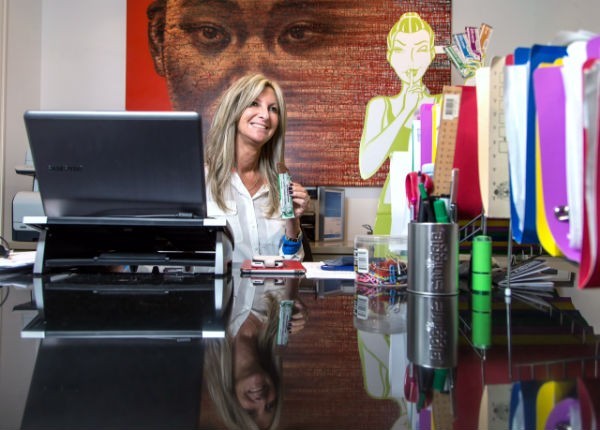 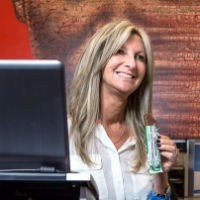 Running a business that turns over $2 million a year from home sounds like a dream for most, but it’s reality for Melbourne woman Sharon Thurin.

The founder of healthy snacks company Slim Secrets is celebrating her 10th year in business this year after launching the business as a hobby from her home office.

Thurin was a weight loss and wellness coach and also set up and ran an anti-ageing clinic specialising in preventative health before launching Slim Secrets.

Read more: Working from home: how to make a fortune without leaving your house

She noticed there was a real lack of healthy snacking products on the market that appealed to the sorts of clients she was working with, so set out to fill a gap in the market.

Thurin has grown the Slim Secrets range to include 24 products, and major Australian retailers stock her products, including Coles, Woolworths, fitness centres, pharmacy chains and airlines.

Slim Secrets is also sold around the world. Thurin exports to a dozen countries so far, although she is eyeing off various parts of the world to grow exports to new heights.

The products are made in Melbourne and Queensland and are geared towards a female market and the business has never received any external funding.

Despite operating in a competitive market, growth appears inevitable for Slim Secrets. According to the Snack Food Manufacturing in Australia Market Research Report published by IBISWorld in March, the industry faces volatile input prices, changing consumer trends and a saturated market. Over the five years from 2010 to 2015, trends expected to constrain industry revenue growth included volatile commodity prices and rising competition. However, the other trend named in the report was a consumer switch toward healthier alternatives.

And despite constant product innovation, IBISWorld predicts industry growth in the health snack food sector won’t be attributed to the introduction of revolutionary products, but rather an increased uptake of healthy snacks among consumers.

It’s fuelling the further growth Thurin believes her Slim Secrets brand is capable of. She is currently in talks with distributors in Egypt, Kuwait and China and believes the push into new markets will result in significant growth in the coming few years. Continual product innovation is paramount, though Turin admits she’s never increased the price of the products despite rising costs.

Slim Secrets sales are strong. The business turns over $2 million a year and has maintained growth every year.

Although the company’s sales flattened a couple of years ago, Thurin says this didn’t result in a sales dip.

“We’re fielding plenty of enquiries from overseas, which is driven to a large extent by social media. It’s far easier for potential clients to find us, and I can do it all from home. Most of what we do these days is over email, phone or Skype. I still love every minute of it,” she says.

Thurin built the business alone for the first four years before employing someone part-time to help her. She recently welcomed her son into the business, who is working remotely from his home office in Sydney while her daughter is in charge of the brand’s social media push. A solid outsourcing strategy has been built into the business slowly and carefully over time, enabling Thurin to maintain a healthy work/life balance, she says.

However, Thurin personally dispatches any orders that come via her online store from home, while larger orders are filled by the contract warehouse in Melbourne.

“When someone calls to enquire about stocking our product, they can’t believe that they’re speaking to the owner of the business,” she says.

“It’s a lifestyle choice for me. I can keep my gym clothes on and get up and walk around the block when I want to, or the kids can come in for a chat when they want to. The thought of getting dressed up and going into an office isn’t appealing to me at all.”

“And if I need to do a meeting with a distributor or someone, I’ll do it over coffee, which makes it much more relaxed anyway.”

“It’s been incredible to be able to build the business from scratch from my home and include my family in the business. They’ve watched it grow and now they’re involved in the brand’s success,” Thurin adds.

Thurin puts her success down to her ability to spot a gap in the market, her constant push to innovate and maintaining a close eye on all aspects of the business before outsourcing.