Meet Tim Leatherman: Why the creator of the Leatherman multi-tool focuses on the details 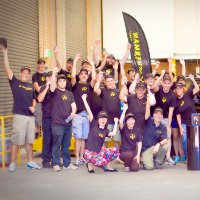 It’s been 30 years since Tim Leatherman created and started selling the multi-tool, and 29 years since Australians first got their hands on it.

In that time, the market’s been flooded with no shortage of knock-offs.

But Leatherman, speaking to SmartCompany on a recent visit to Australia to celebrate the company’s three decades in business, isn’t as fazed by this as he once was.

“Early on, it turned out that the tool I introduced to the market was not covered by a patent everywhere. And quite quickly we got copied in China,” he says.

“For many years, we fought against the copiers by filing lawsuits against the importers who would import them into the United States. But I eventually came to realise – and I didn’t used to believe this, but now I do – that in the end, it’s the lawyers who win when you file lawsuits.”

Today, Leatherman competes on its reputation. Its tools are still made in Portland, Oregon. “Hopefully, it comes across that given we’re making our products in southern Oregon rather than China, we’re trying to do the job properly,” the founder says.

Tim Leatherman, a mechanical engineer by trade, first developed the multi-tool after he and his wife took a budget trip across Europe. As their car kept breaking down, Leatherman realised he needed an all-in-one tool-kit, “a pocketknife with pliers”.

When he got back to America, he spent eight years developing and commercialising the tool.

“It took three years to develop and five years to find a customer,” he says. “But once it did hit the market, it was an overnight success.”

The tool thrived through mail-order catalogues. They exposed millions of Americans to the tool, and once a few bought it, Leatherman says, word-of-mouth referrals meant he quickly had to make more.