Must love sport: How James Sinclair co-founded The Sporting Globe 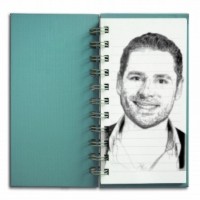 James Sinclair has entrepreneurialism in his veins. The son of the co-founder of Horseland, he grew up experiencing the highs and lows of business. So it was no surprise when he and lifelong friend Brad Harris decided to go into business together.

Having lived in New Jersey in the United States for a period of time, Sinclair experienced the concept of the sports bar. Returning to Australia he struggled to find an equivalent, generally being left with either the local pub or a nightclub.

Sinclair realised there was a chance to bring the concept to Melbourne, establishing a family and adult-friendly location where people can go to enjoy a drink, watch some sport and socialise, while bringing along the kids if need be.

Sinclair and Harris decided to start their own “community social hangout” with The Sporting Globe, and launched their first sports bar in Geelong in 2010. The pair first bought an old hotel known as The Preston Hotel which had gone “belly up”, but had a newly renovated kitchen. The facilities allowed the founders to set up the bar without some of the initial costs.

“We thought Geelong was a city with a keen sporting ethos and a high community involvement in local sport, making it a good market to test the concept,” Sinclair says. “As it was regional it also meant we could more affordably market the business and we took out local radio and newspaper ads.”

Sinclair now hopes The Sporting Globe will become Australia’s “most loved sports bar and grill”. The business is on its way, with three locations already open and a multimillion dollar turnover.

In 2010 Sinclair and Harris relocated from Melbourne to Geelong to get the business off the ground, but now it’s expanding, they’ve set up a support office based in Port Melbourne.

On Monday and Friday, Sinclair will come into the Port Melbourne office, plan the week, examine the roster and ensure the week is scheduled in terms of supplier meetings, staff meetings and time to work on the business.

“For me, I’m now working on developing the bar into a franchise and finding new locations.”

On Tuesdays, Wednesdays and Thursdays, Sinclair holds a management meeting at each of the venues. And in the afternoons he looks at new site locations and meets with suppliers.

Since launching in 2010, Sinclair says both himself and Harris are able to work on the business, more than in it.

“At the start we were actually out there every day serving people lunch and dinner,” he says.

“Now, Brad is the operations director and he oversees business performance including monitors compliance to standards and systems, staff training, stock management and operational health and safety, while I oversee franchise growth, property development, marketing and finance.”

When Sinclair and Harris first took over the hotel in Geelong, the pair’s initial challenge was to change the staff culture and develop service and operational systems and marketing platforms.

“We took a business which was losing money and knew the goal was to develop a successful system,” he says.

“Chain restaurants aren’t generally as present in Australia, but I still think there is a role for those chain businesses like TGI Friday’s and Hog’s Breath, which offer identifiable branding and consistency in food, environment and entertainment.”

Sinclair considers a number of factors when choosing a new venue location, including the foot traffic in the area, key traffic generators and what the demographic of the area is.