From crypto to canines: Meet the entrepreneur hoping to eradicate puppy farms through high-tech pet classifieds

While the inspiration for a new business sometimes comes from strange places, Jaryd Koenigsmann’s idea was literally staring him in the face.

After purchasing his first pet, Jerry, from a breeder online, the business owner was traumatised when the three-week-old puppy nearly died due to negligence from the breeder and vet who okayed the dog’s cross-country transfer.

After nursing Jerry back to good health, Koenigsmann realised there was a disconnect between Australia’s love for pets, and safe, secure methods to transact and transfer our furry friends across the country.

“In Australia, we have more pets than humans and the highest rate of pet ownership in the world. We spend $12.2 billion on pets annually, but we have a C rating for animal welfare, and we euthanise 250,000 cats and dogs per year,” he tells SmartCompany.

A few years (and dogs) later, Koenigsmann launched myNewPet, which he touts as the world’s safest and most advanced pet classifieds, designed to help further legitimise the pet-selling industry and help stamp out puppy farms.

But access to the government’s document verification service isn’t just handed out to any business, with Koenigsmann getting access to it thanks to his previous business: cryptocurrency exchange myCryptoWallet.

“When I started building myCryptoWallet, I had to go through the lengthy process of being KYC approved by Australia’s Attorney General. Once we did, we had the capability to instantly verify anyone’s government-issued ID,” he says.

“I quickly realised I could apply this to the pet industry.” 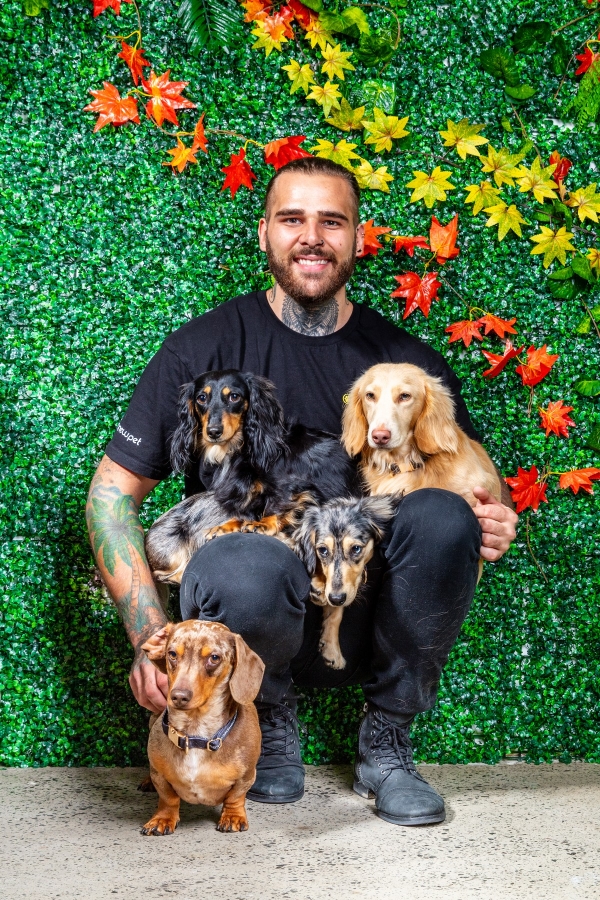 The platform is still in beta, but myNewPet is already kicking goals, locking in support from the UK Government to launch the platform in Britain, along with partnerships with The International Pet and Animal Transportation Association and Aussie dog transport business Dogtainers.

Koenigsmann said Dogtainers, one of the world’s largest pet transport companies, was keen to partner with the startup, and the two collaborated to build a more efficient way to calculate the costs of transporting pets over long distances.

“Now, if a fella in Queensland has a Husky for sale and you want to buy it, you can get an instant price of delivery before purchase. The money then goes into escrow while the dog is shipped to you, and only once the buyer confirms that the pet is safe and healthy do we release the money,” he says.

MyNewPet has been bootstrapped from Koenigsmann’s myCryptoWallet revenue stream, but the company is currently in the midst of a $2 million seed round to fuel more growth. That growth includes the aforementioned UK launch, along with a New Zealand launch in the next six months.

Some of the company’s planned international launches have been slowed due to the physical size of the areas Koenigsmann hopes to launch in. Europe, for example, is the biggest pet market in the world, but its physical size means the team has had to re-think its shipping calculation software.

Right now, myNewPet is slowly gaining users, with just over 1,000 customers registered so far. The platform is completely free for any organisation or individual offering dog rehoming, but otherwise takes a 6.5% commission only when a pet is confirmed sold.

“The end goal is to create an international pet purchase and transfer network, so you could be in Australia and buy a pet from the UK, and have confidence it will reach your home safely,” he says.

Hugely flawed concept – or rather, one that makes someone money but doesn’t serve the purpose it purports to be its goal. This proposal in no way validates the fitness of either the selling business or the appropriateness of the purchaser’s living situation nor qualities to be a pet owner. It merely offers a way for this new business to increase the cost of buying a pet by adding their 6.5% for holding the money until a new owner has taken the pet to a vet and is happy. And if you think the fee won’t increase the cost of the pet because the seller has to pay it, think again, look around you at real life and wise up. Existing consumer laws protect any purchaser better and for longer than that and don’t raise the cost of the pet.