No bank loan, no product background, no revenue: How this entrepreneur built a $30 million retail chain from scratch 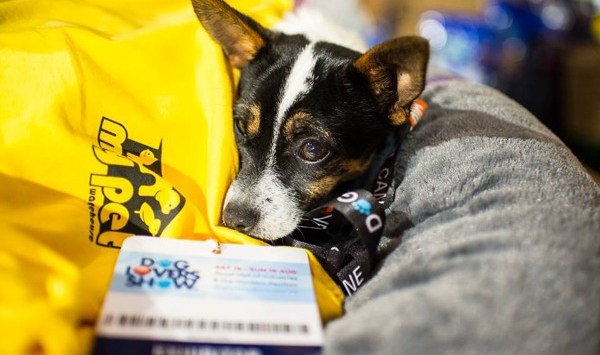 Philip Bartholomew started his first pet supplies and accessories business in 2001 while his wife was five months pregnant. The gamble turned into a huge success thanks to talent, curiosity and a dash of good luck.

Today, Bartholomew runs My Pet Warehouse. The business has been operating for just six years, but is on track to reach $34 million in revenue this financial year.

We chatted to Bartholomew about what it takes to succeed in retail and fend off bigger competitors.

One Saturday morning I got annoyed I had to drive so far to get my pet food. So, I rang my wife and said, I think I’ve come up with an idea for a business.

A building became available at the end of our street, so we cancelled our entire plans for the weekend.

We looked up all the pet stores and realised there were one near us. I knew retail but nothing about pet food.

On the Monday we leased the building straight away and on Tuesday we registered the name – The Pet Warehouse.

On Thursday, we quit our jobs and eight weeks later we opened up. It happened that quickly.

We had a $130,000 redraw facility on our home loan and my wife was also five months pregnant at the time.

So you can imagine what it was like. You’ve got no revenue coming in, your wife is pregnant and you don’t know anything about pet food.

Those are the ideal principals for not starting a business. The bank wouldn’t lend us money, either.

It was stressful, but we were young. At 35 you can start again – it’s no big deal.

From experience, when you’ve got the security of full-time work it can take a lot longer to get started.

If you know you don’t have a revenue stream coming in, you tend to do things a lot quicker.

However, if you’re a retailer you can retail anything – be it women’s clothing, pet food, whatever.

My plan was to just cover my expenses because if I didn’t set myself too high my fall wouldn’t be too hard. Not only can you lose financially, but you can lose emotionally and that can really knock you around.

But from the day we opened, we knew we were onto something. I think our second or third customer who ever walked through the door was Ita Buttrose.

We opened three days before Christmas and thought if we did a few thousand dollars we’d be over the moon.

We ended up doing around $8000 in those first few days. We thought we were millionaires.

We figured people would find us and we would find people through word-of-mouth. That worked, along with effective signage, because people had a demand and we had the supply.

The best advice I’ve ever received is never let the customer leave empty-handed.

My philosophy in retail is if you look after the customers, they’ll look after you. It’s that simple.

Sam Walton, the founder of Walmart, was my retail hero. I read his book four times before starting the business.

Cash flow is everything. I believe the term they use is “comfort drinking” [to deal with lack of cash flow]… but these days it’s an 8km run.

Halfway through 2002 every new business’s nightmare occurred to me. It wasn’t cash flow, it was a competitor.

The business that opened was a company called Petbarn and it is the same company that exists today that is publically listed and called Greencross Limited.

I was so petrified I left the country and didn’t want to be around when they opened.

But by the time they did open, I knew more about Petbarn than they did about themselves. With knowledge comes empowerment.

Because I knew so much about them I knew what I needed to do to beat them. Price was one consideration, as well as knowing what the customers want that Petbarn didn’t stock.

When they did open, our business went up 15% overnight. It brought more customers to the area.

We treated people the way we wanted to be treated ourselves. If they keep returning you know you’re providing a quality product or service.

After we opened our second store Petbarn said “We think you’re doing a better job than we are. How would you like to come run our company?”

So in July 2004 I became the chief executive of Petbarn. We folded my two stores into the Petbarn group to give us 11 stores in total.

What started out as one employee in 2001 grew into a business that had 120 employees and revenue approaching $25 million.

In 2006 I resigned. I had a three-year non-compete clause and then as soon as that expired, in June 2009, I opened My Pet Warehouse and started again from scratch.

It’s like I’ve got an opportunity to do it all again with hindsight, so that’s pretty cool.

We want to be the number one player in the online space with a revenue target of anywhere between $75 million and $100 million. We’re halfway there.

Retail is very time-intensive so you’ve got to work smart, work hard and look after the customer.