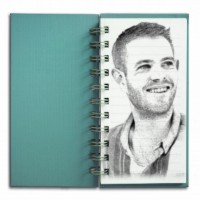 Despite having an entrepreneurial father, John Winning’s family weren’t always convinced his idea to sell goods such as fridges and ovens online would be a success.

After finishing high school, Winning worked as a door-to-door salesman for almost two years before ending up in hospital after being attacked by a dog. Realising this particular career wasn’t for him, he went to work at his father’s company, Winning Appliances. It was here that the idea for Appliances Online was born.

“I went to work at the Redfern office selling laundry appliances. It was here that the competitive part came out in me and I was wondering why we had so many people coming in to buy cooking appliances, but no one would come in to buy just one fridge,” Winning says.

“I thought surely there had to be more people out there needing to upgrade their fridge or their oven. I discovered the big guys were dominating this market because of their mass TV advertisements and thrice weekly catalogues. I thought this was old-fashioned, could be done cheaper and have a greater shelf life than a piece of paper in a letter box.”

Winning approached his dad with his business idea, but rather than receiving a tick of approval, he was told he didn’t want Winning Appliances to be associated with a venture he thought would fail.

Winning was at the forefront of the online shopping revolution, but says “it just made sense”.

“Back then it just seemed like a channel which made sense.”

The success of Appliances Online has allowed Winning to expand into other categories and he has since launched Big Brown Box. These businesses are part of the Winning Group, which also includes Winning Appliances, Handy Crew, Best Home Chef.

The group now has 500 staff and Appliances Online recorded over $150 million in sales in 2012/13 and was ranked as one of the Smart50 companies last year.

Winning’s routine changes on a month-to-month basis, but each morning he gets up at 7am and goes to the gym with his friends.

“We train and then we finish around 8am. We’ll have breakfast at 8:30am, have a chat and then go off to our lives,” he says.

“I get to work around 9am and then after that every day is different. I’m liaising with a lot of the directors and frequently talking to customers. If there’s anything which needs to be resolved I’ll also work on that. Really I’m across every part of the business.”

One of Winning’s biggest challenges to date has been letting go of the “real doing jobs”. He’s worked across sales, deliveries and in warehouses, while also taking on the roles of interim marketing chief and chief technology officer when required.

“I love the real jobs, but I’m very fortunate to have a very solid senior executive team and can step back and take a more assisting role with them,” he says.

“This means I can do a lot of new business projects, while they take care of the day-to-day.”

Winning recognises as a retailer it’s impossible to fill every consumer need well, so he’s established businesses which are complementary.

“Winning Appliances, Appliances Online and Big Brown Box are complementary… Big Brown Box is an audio-visual specialist and it has a closer focus on cheaper products like Blu-ray players, headphones and surround sound,” he says.