Riding the “solar coaster”: How SunTrix co-founder Jenny Paradiso keeps on shining when the heat goes out of renewables 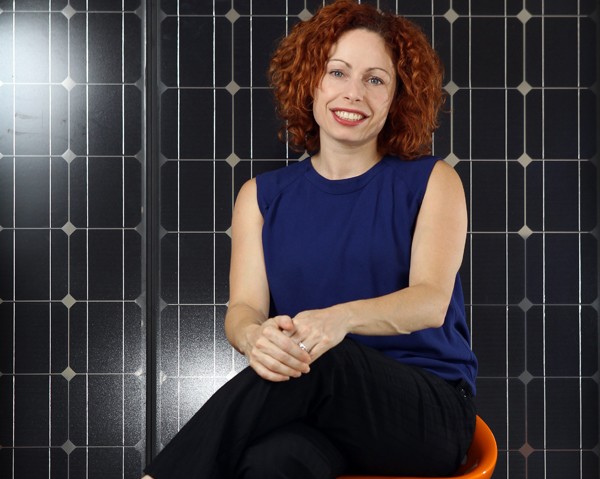 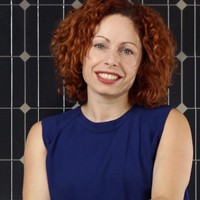 It’s been a tough few years for those in the renewable energy industry and SunTrix co-founder Jenny Paradiso says her business hasn’t been immune.

Paradiso founded her Adelaide-based solar panel business in 2009 with her husband, David Hille.

It didn’t take long for SunTrix to take off. The former Smart50 finalist and Telstra South Australian Business of the Year, grew from $250,000 in turnover to $7.3 million in its first year and in the 2013-14 financial year, the business turned over more than $26 million.

However, SunTrix has experienced its fair share of highs and lows and Paradiso says the business’s revenue dropped in the past financial year.

Paradiso likens the solar industry to a “solar coaster”.

“It really is, there have been so many ups and downs in our six years in the industry,” Paradiso says.

“In an industry like ours we are reliant on government incentives; the current government has not been nice to renewable energy.”

While she says the industry is robust, Paradiso thinks the boom of solar finished a couple of years ago.

The pressure in the industry has more recently seen Paradiso and Hille ask themselves some hard questions about the future of SunTrix.

“The last 12 months didn’t start off that well, we thought do we pick it up and keep going or possibly end it like others have?” she says.

The couple decided to push through. SunTrix has expanded into Victoria and Queensland, plans to enter the NSW market and expanding internationally is also on the cards.

SunTrix’s offerings have also diversified, with the recent launch of a national monitoring system and investment in “floating solar” technology.

“So rather than throw the towel in, we’ve looked at how we can diversify and go into new markets,” Paradiso says.

Despite the risk of expanding and bringing in new products in an environment of decreased investment, Paradiso thinks the biggest risk she has taken was deciding to get into the solar business when she did.

“In the beginning, Dave gave up his job, we had a toddler and I was pregnant with my second child,” she says.

“Looking back at that, I think ‘what was I thinking?’”

Before SunTrix, Paradiso was a librarian, having worked in public libraries for about 15 years and a library software company for about six.

She says libraries were a great training ground for being a business owner but the skills required are very different.

One noticeable difference between the two careers is the gender makeup of her new industry compared to that of her last.

“I work well with men, and also with women, but it can be a big struggle to get women in solar.”

SunTrix employs around 25 staff and, while potential candidates are not fielded on the basis of gender, it is something Paradiso says she is “always conscious of”.

“It’s good to have a balance,” she says.

Mornings for Paradiso can be very different, but a typical working day usually sees her getting up about 6.30 or 7am.

With two young children, aged four and six, Paradiso says som edays she gets to work as early as she can, otherwise she is dropping off the kids at school which means starting work “late” – about 9am.

“You don’t get as much done but it’s a novelty for me, I love dropping them off to school,” she says.

Paradiso finds her mornings get busy with plenty of meetings and appointments, including meeting different business groups and weighing up speaking opportunities.

“I’m out of the office a lot and interstate a bit,” she says.

Paradiso shares the load with her husband and co-founder David but she says the duo enjoy a good work dynamic.

“A lot of people say I could never work with my husband, but our roles in the business make it work 99% of the time,” she says.

Paradiso says while the roles have evolved over the past six or so years, there is not much overlap in their roles.

“I’m really strict about not talking about work at home; I’m not going to say we don’t do it, but it’s about only doing it where it’s really necessary.”

The relationship is a supportive one, Paradiso says.

“What I love about David is that he’s so supportive, he wants the best for me.”

“There is no ego in our relationship. Not I’m the boss or he’s the boss.”

“When things tough for both of us, when were both struggling, and looking after the kids, we’re they’re for each other.”

However, Paradiso jokes the pair do fight about who gets to go to the work conferences.

Paradiso likes to keep active in her leisure time and cites personal training twice a week and sports such as touch football as some of the activities she most enjoys.

“(Touch football is) good for me because allows me to run around and let off steam,” she says.

“If feeling tired or flat, I’ll give it a go anyway.”

And Paradiso is strict about not working on the weekends.

“I’m really strict with that time, especially because I work with my husband,” she says.

Motivating SunTrix staff to keep active is also important to Paradiso, with the business regularly holding walking days where she and staff walk around a nearby park.

One of Paradiso’s future goals is very clear to her – striking that elusive healthy work/life balance.

“For me, I think I’ve got a pretty good balance between work and family but working hard as a mum with new kids, I want to manage my workloads better to be there at school after 3pm to pick them up,” she says.

From a work point of view, Paradiso also has some big goals.

“We’re moving forward, it’s the new products, our monitoring system; we want to build on that more and do more work to get it out nationally,” she says.

Paradiso says the company also has plans to look at reviewing SunTrix systems and workflows, efficiencies and culture.

She says finding new ways to get the best out of staff will be an important part of that process.

“I don’t think we take enough advantage of our team’s skills and their experience,” she says.

Paradiso is optimistic about the future of solar, despite labelling support for renewable energy in Australia as “pathetic” compared to other countries and regions.

Even with a compromised Renewable Energy Target and “so much uncertainty we won’t see big investments in large scale solar and wind”, Paradiso can still see the opportunities around for SMEs in the solar industry focusing on the medium to large business market.

“We want to take advantage of them while it’s there,” she says.