Ries and shine: How Vie Active is conquering America 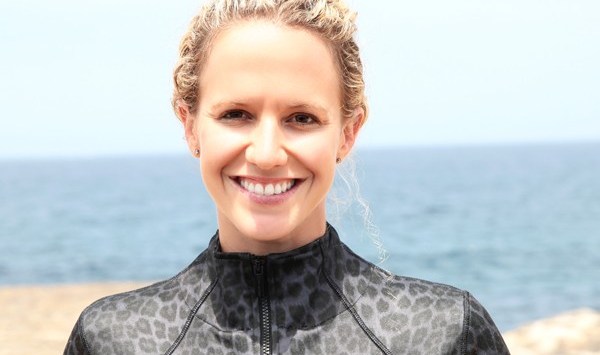 Vie Active co-founder Noa Ries always knew the goal was to take her business global but she didn’t realise just how quickly it would get there.

Some big names in the health and fitness industry began to take notice after Vie Active’s launch in Sydney in 2013.

Ries says the company, which specialises in high-performance activewear, quickly gained recognition around Australia for its innovation in fusing fitness, fashion and function.

Vie Active reached $1 million in sales within its first year and this year, the brand is set to triple its sales and revenue from last year.

“When we first launched, I remember joking to my husband and co-founder, Bryan, saying to be stocked in (US fitness club giant) Equinox is Mount Everest,” she says.

“And sure enough, three months after we launched, Equinox reached out and asked us to do series of trunk shows around America.”

Ries had to delay the trip because she was pregnant with her second child, but when her daughter was old enough the pair whisked off to the US to hold trunk shows in New York, Los Angeles, Dallas and Florida.

“The brand was really well received,” she says.

Ries believes part of Vie Active’s US appeal comes down to a trend towards boutique studio and fitness centres producing activewear as opposed to “mass chains”.

“They [consumers] want products which reflect their personality,” she says.

Ries was excited to see the buzz in the wellness and fitness industry in the States, which she says was evident in LA and New York in particular.

“Everything happening in the industry here is happening on steroids in the US,” she says.

The trip paid off; when Noa and Bryan came back to Australia they got the good news that Equinox had ordered Vie Active stock for all its stores.

In July last year Vie Active opened a warehouse distribution facility in LA and launched its US website but the real opportunity came knocking in September 2014 in the form of an option to open a pop-up store on her favourite street in Venice Beach.

“I always had a vision of opening a store in LA, in Venice, on one street called Abbot-Kinney,” she says.

“I wanted to create a space where people who loved fitness could come and hang out.”

Ries says she took it as a “sign from the universe”, made a quick decision and then, just 18 months after Vie Active launched, moved her family to the US.

“Three weeks later we had packed up and moved countries,” she says.

“It wasn’t too shocking, because we had wanted to do it, but it happened so quickly and we opened the store a week later.”

It was then things started happening pretty quickly for Vie Active, with a lot of media attention and celebrity endorsements, but Ries says she always strived to remain true to the philosophy of being authentic about health and fitness.

“It’s incredibly humbling to be named in the same breath as Lululemon, Adidas and some of the other big name brands,” she says.

“It’s really testament to our obsession with functionality and the fact we create clothes first and foremost that you can do a workout in, secondly feel amazing in and thirdly look amazing in.”

“Social media creates a level playing field… if we stand by what we believe and create products that work and create good content, that’s a really amazing way to connect with people,” she says.

“I truly believe being fit and healthy makes your life amazing.”

Ries says her mornings are pretty consistent; she generally wakes up at 5.30am and checks her emails “almost immediately”.

“I know it’s not best practice, but it’s impossible not to,” she says.

“There are usually a few emails already from the head of marketing in New York, also the team in Australia and Asia. If there’s any kind of red flags I respond immediately.”

There’s time for a quick coffee – a shot of Australian-made Vittoria expresso no less, as Ries says American coffee is “terrible” – before a workout.

“I like to work out in a good week five times a week, but sometimes life happens and so I do a bare minimum of two workouts a week,” she says.

“I like to get it over and done with before any distractions at the start of the day.”

Once home again it is family time – Ries usually spends a good hour and a half with her children and also makes breakfast, which for Ries tends to be the same each day.

“It’s a green smoothie with a ton of amazing things in there,” she says.

Ries’ working day starts as many entrepreneurs’ days seem to: clearing the inbox.

She swears by a to-do list app called Any.Do, which she says allows her to file things by category and time of urgency.

“That’s made a massive difference, this app is a lifesaver,” she says.

The rest of the morning is spent catching up with each of the key people in Ries’ team.

For Ries, it is important to try to step away from her desk and “move away to other side of office” at certain points throughout the day, which allows her to get a fresh perspective and an update about critical stages in different parts of the business.

From that point on, Ries’ day is full of phone calls, emails and meetings until around 6pm, when she leaves the office.

Ries says she feels “blessed” to work about five minutes away from where she lives, which also gives her a chance to touch base with loved ones.

“I call my mum in Australia every day and update her on my day, I like to walk home and have that conversation before getting home,” she says.

After dinner with the kids and putting them to bed, it’s back on the computer to liaise with the team in Australia and the manufacturing team in Asia.

It’s around 10pm to 10.30pm when Ries says she finally switches off, and finds reading a book, of the old-fashioned paper kind, helps the wind down.

Perhaps not unsurprisingly for a fitness brand entrepreneur, Ries says working out is part of her leisure time.

“I work out because it’s fun, not because I have to,” she says.

Ries says she does spend a couple of hours on the weekend working, whether it’s “thinking work” or emails, but says weekends are really her time to reboot.

“On weekends, I like to go for hikes – there are amazing hikes in LA – or we put kids on child seats and go for really long bike ride and maybe take the kids to a farmers’ market,” she says.

“It’s so exciting to see them get excited about cucumber and tomatoes.”

Ries is excited about Vie Active’s new product direction, growing the product range and adding depth, as well as growing the Vie Active team and building its community in the future.

More frequent trips back home to Sydney are also on the horizon.

“I just got my green card, as soon as I got it I was back on a plane to Australia,” she says.

“I really miss Sydney and being by the ocean in Australia.”

Ries admits she was nervous about leaving the Australian business behind when she left for the US, but says it is going from strength to strength.

“I’m so proud of being an Australian business, we want to do everything we can go grow health and fitness industry in Australia,” she says.

“It’s really humbling to see how much Australia has supported our brand.”

“Now I have the green card, I plan to be here every few months.”