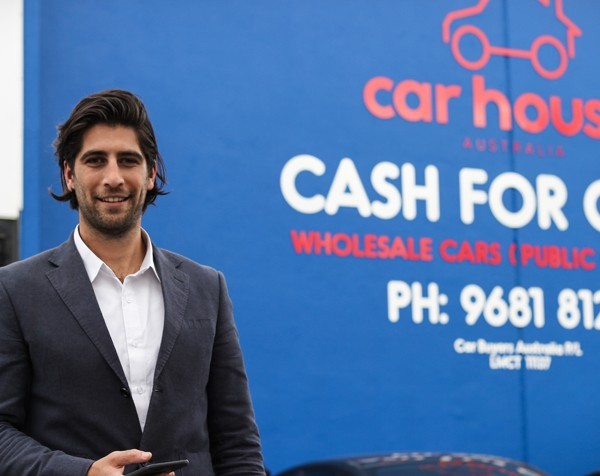 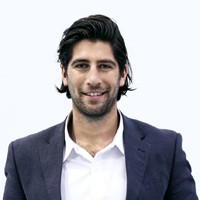 The 28-year-old co-founder of the now national used-car website areyouselling.com.au had watched his father, Saul, who had a car dealership for 30 or 40 years, become “a bit of a legend” in the business.

But Melbourne-based Werzberger says he didn’t think it was really for him.

“I was not interested, I enjoyed going to the dealership but it is not something I wanted,” he says.

“I went to Monash and studied commercial law and marketing, and had a keen interest in digital marketing.”

Then, about seven years ago, Werzberger and his dad’s worlds collided.

“When I finished up university, dad had started buying cars out of newspapers,” he says.

“He registered the website and called on me for assistance.”

Werzberger saw the opportunity to use some of his skills to build the website but says it wasn’t until 2012 that the pair began putting all their resources into establishing the business.

The father-and-son team bought an office in South Melbourne to base themselves in and, after a few months, brought in third employee – Werzberger’s best friend Robert Eddy – who is now general manager.

While Werzberger says he had the “chance to do law or this”, he feels entering the car sales industry has been a chance “to change people’s minds about car sales”.

“When I was at university, people were slagging people in the car industry who are intelligent, good people,” he says.

“This is great opportunity not only to provide a need but to turn that around.”

Werzberger says the first few years have been “certainly eye-opening”.

“To be honest one of hardest things is trying to adapt to deal with growth,” he says.

Areyouselling.com.au turned over $5 million in its first year, about $12 million in its second year and is now bringing in sales worth around $18 million.

The steady year-on-year success has also seen the company grow from three employees in 2012 to 17 staff today.

Extra staff has helped to accommodate areyouselling’s growing user base, which Werzberger says has grown “400 to 500%”, while the number of online enquiries the business receives has increased six-fold since the company’s inception three years ago.

Werzberger puts the company’s “amazing growth” down to identifying an emerging need and finding a gap in the used-car sales market with a huge number of people finding it hard to sell their used cars privately.

He says between CarSales.com.au, other cars guides and Gumtree, you can find up to 500,000 used cars listed at any given moment across Australia.

“So many people can’t sell (their used cars), that’s where we’ve come in,” he says.

“Selling a car privately is difficult, especially when new cars are so cheap.”

Werzberger says areyouselling.com.au aims to give drivers an alternative to selling their car privately “with a lot of effort” or going to a trade-in dealer.

“Once someone submits an online enquiry, someone in our call centre calls them and gives them a rough ballpark of what we think we can pay,” he says.

“If the customer agrees to an inspection, we will be there in 24 hours in a metro area.”

“If in a regional or remote area, we have a partnership with UltraTune to have the car inspected in around the same timeframe.”

Werzberger says areyouselling’s point of difference is that it then pays to take the car off the customer’s hands within 24 hours and prior to pick-up.

“We have a best price guarantee, which includes free pick-up and transfer,” he says.

Some of Werzberger’s plans to grow his business are set to come into fruition from this week, with areyouselling’s website now catering for those looking to sell bikes, boats and motorbikes.

Werzberger says this came about after people began calling in describing the boats they wanted to sell.

“Customers expect we will have the answer; I’ve had staff come and say people are calling up about boats,” he says

“I did some research and (second-hand) boats are even harder to sell, almost impossible,” he says.

Werzberger believes the future is bright for online used car sales and wants to ensure his business stays well-placed to capture that growth.

“The Australian public needs this (an online service where they can sell cars quicker), the segment is growing rapidly,” he says.

“In a nutshell, I see the segment as going to explode,” he says.

“I’d like our brand to be at the forefront of everyone’s mind when it comes to selling a car.”

Werzberger says he wants to hone in on “the process” now he has helped build a solid foundation for the business.

“The most important thing for us is to deal with need and the amount of enquiries, which are growing, but providing same level of service as we are now,” he says.