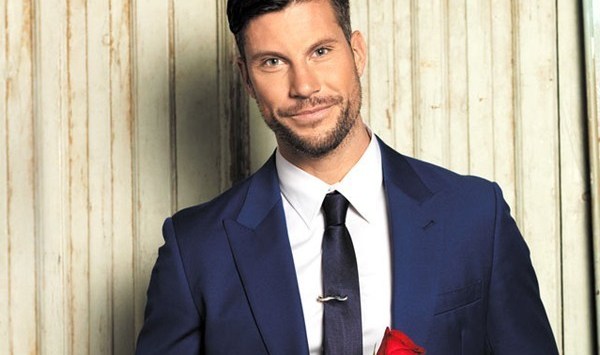 Sam Wood has never been to a job interview in his life.

The 34-year-old Tasmanian, who now calls Melbourne home, grew up in a small business family, working as a teenager in his dad’s restaurant.

Even while working as a personal trainer while at uni, Wood always worked as a contractor, not an employee.

It’s no surprise then that Wood decided to start his own business, Gecko Sports, seven years ago. The children’s fitness business, as well as Wood’s personal training studio The Woodshed, has been growing strongly but this year the entrepreneur took the unusual step of taking months out from his business to find love – on a national television show.

Wood is the star of Channel Ten’s reality show, The Bachelor. Nineteen women vie for Wood’s attention in the show, which was filmed earlier this year.

Speaking to SmartCompany at the Gecko Sports headquarters in Brighton last week, Wood says he was lucky to be able to juggle managing his business and filming a television show at the same time.

In total, Wood spent 14 weeks away from the business.

“I was allowed to dial in to the office twice a week so I could check in on Wednesday and spend weekends working on my laptop, touching base and catching up,” he says.

“And I had a couple of fantastic staff that stepped up in my absence.”

While Wood admits it is “very weird” to see the billboards or trams with his face plastered on them around Melbourne – especially the ones his friends’ take pictures of to send him – he thinks at the end of the day, being on The Bachelor will have a positive impact on his business.

“It gives exposure that no marketing budget would be able to cover,” says Wood, who adds while the business wasn’t the reason he put his hand up to be The Bachelor, he also isn’t “silly” and knew the show would mean more publicity.

“I’ve always been really proud of what I do. I think it just gives you the ability to talk about it on a bigger scale,” Wood says.

According to Wood, the production company behind The Bachelor also loved that he is a small business owner.

“I think they really liked that angle for want of a better term.”

The Bachelor has only been on air for a few weeks but Wood says Gecko has already “had some great enquiries from genuinely good candidates” in that time. But Wood says he knows it could still go the other way.

“There’s also a big risk involved too if nobody liked me then the business suffers,” he says.

“Time will tell. I’m not making any rash judgements on that one yet.”

Like many other entrepreneurs, Wood’s start in business 10 years ago was unexpected.

“I was a personal trainer while I was studying exercise science at uni and we started to have children come in [to the gym],” he says.

“I was one of the younger trainers at this studio and the owner of the studio said ‘Sam, how do you feel about working with kids?’ I said, ‘I love kids, I’m happy to see how it works’.”

“And it just worked. I loved it and got fantastic results.”

Wood says the kids coming to the gym were there for a variety of reasons and it wasn’t just to lose weight. There were kids who wanted help running or footballers who wanted to get stronger. Others just needed some more confidence and a boost to their self-esteem.

“Before I knew it I was doing 80 personal training sessions a week, of which half were with children,” he says.

“Some parents were taking their kids out of school at midday or one o’clock on a Friday or Thursday.”

As Wood describes it, “word spread” and by 2008, he opened Australia’s first ever gym for kids, called Gecko Kids Fitness, in Hampton, Melbourne.

While Wood knew the programs he was running worked as an “add-on” at an adult venue, he says he was “going out on a limb” by only focusing on children’s fitness. But the gamble paid off.

“We had 400 children enrolled in three months,” he says.

After around four years with just one venue, and increasing enquiries from other business owners about the Gecko program, Wood decided to license the program he had created.

“We got some great traction,” he says.

“We got enquiries from a few of the big chains, the Good Lifes and Fitness Firsts. But it was not really the right fit.”

Wood describes the decision not to team up with the big gyms as a deliberate move. He felt the demographic of those gyms was not right for Gecko and his programs were finding the best success in council leisure centres or local YMCAs.

However, licensing soon led to franchising. There are now 37 Gecko “locations” around the country run by franchisees – who also offer kids birthday parties on weekends – and they will be joined by another 10 in February 2016.

“Obviously with the unique situation of the show, we’ve deliberately put things on hold until the end of the year, which they all understand, and we’re really excited to launch those franchises in a number of states in February.

And Wood won’t be stopping there. While he keeps the business’s financial performance close to his chest, he has his sights set on more growth.

“I definitely think we’re going to have some pretty incredible franchise growth over the next 24 months.

Do what you love and learn from your mistakes

Wood readily admits he has no formal business training, instead learning as he went. But his advice to other entrepreneurs is to “do your homework” and to seek out advice from others, especially those who think highly of and who are “proven performers”.

“I think it’s a balancing act of not rushing in blind … combined with having the courage to do it,” he says.

“And don’t let your fears hold you back.”

And Wood believes being a business owner is also a “personality thing”.

“My dad’s always had his own businesses and I feel the apple doesn’t fall far from the tree there,” he says.

“I used to work for him when I was 14, learn from him and even when I was a personal trainer, I wasn’t an employee, I was a contractor. That is a baby step into having your own business.”

“I’ve never been to a job interview in my life and hopefully it stays that way.”

That’s not to say Wood doesn’t occasionally envy those among his friends that live the corporate life.

“I’ve got a lot of very successful friends in the corporate world and I think we both envy each other for different reasons,” he says.

“I envy them because they’ve got security and the hierarchy of how they’re going to progress through the corporate world is sort of mapped out for them: partner of this or CEO of that.”

“Whereas for me, its very different and it’s much higher risk but they envy my freedom and my flexibility and the fact that I can create my own ideas and hopefully get them to come to fruition.”

But Wood is candid: running a successful business means you will make mistakes.

‘We’ve made plenty of mistakes,” he says.

“I think we probably should have just franchised from the start.”

With licensing, we were sort of the “it” fad across the country for a couple of years, we hit this kids fitness phenomenon. With gyms, they love to get something on board but 12 months later, what’s the next thing? And the children’s program slowly moves down the ladder.”

Wood says there is more “buy in” from franchisees, who are putting their “hard-earned cash on the line”, and he knows their motivation will stay at the same level as when they signed up.

“I think if we’d done that initially, we’d have more franchises now and bit a bit further developed. You learn from these mistakes,” he says.

Another lesson Wood has learnt is not to just say yes to someone because they have the money and say they want to buy a franchise.

“I guess it’s like any business, the bigger you become, the more comfortable you are to say no and walk away,” he says.

“You learn that the hard way by making a couple of mistakes but I think we’re in a good spot with that now.”

But perhaps the best business lesson Wood has learnt so far is to not try to do everything yourself.

“I make sure I surround myself with great people whose strengths are my weaknesses. It means I enjoy what I do every day and I make less mistakes.”