Stomping new ground: How Steve Gunn is taking Blundstone to new markets and a younger generation 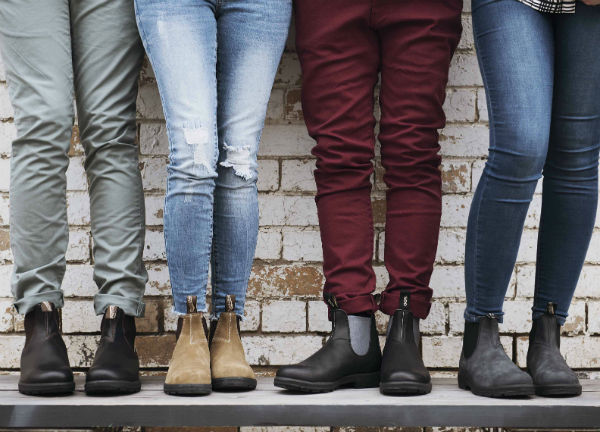 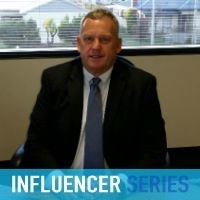 Steve Gunn never thought he would be a chief executive, let alone head up one of Australia’s oldest manufacturing businesses. For one thing, Gunn started out his career in the public service. And secondly, his area of expertise was in industrial relations and human resources, which is not the traditional breeding ground of chief executives.

But a lifestyle change from Canberra to Tasmania saw Gunn take up a HR position with iconic boot manufacturer Blundstone in 1994. By 2001, the now 55-year-old Gunn was sitting in the chief executive’s chair and steering Blundstone through the difficult downturn in Australia’s manufacturing industry.

Blundstone moved its production offshore in 2007 and today its international markets in countries such as Canada and Israel are flourishing. The business, which is still headquartered in Hobart, is estimated to turn over more than $100 million annually and directly employs a staff of 90.

The real history of Blundstone involves two companies. The current owners are not the Blundstones – they acquired the business back in the 1930s.

But the business history of the current owners, the Cuthbertsons, also dates back to the same time. They were also cobblers and they owned a tannery in Hobart. They weren’t the first family to acquire Blundstone but they did in 1932.

Blundstone was successful in its own right as a family business but it wasn’t until the father of the current owners, Sir Harold Cuthbertson, took over the business in 1953 that it really started to grow.

He was managing director for more than 50 years and he transformed it into a business that was selling heavily in overseas markets and was a bulk manufacturer. It became a world leader in manufacturing technology.

It was a wonderful base to move into when I joined Blundstone in 1994. But the company I manage today is completely different to that company. And in 10 years time I am predicting there will be even more change.

My background is in the public service, in the industrial relations and HR areas.

I first joined Blundstone as the HR manager in 1994. The company had already grown quite heavily and almost too quickly. I was recruited to help manage the business deal with its growth plans.

I never imagined I would ever sit in the chief executive chair; I didn’t imagine I would even be sitting in the Blundstone chair for all that long to be honest.

I had recently returned to Hobart from Canberra and we were having our first baby. It was a lifestyle change and I needed to get a job.

I knew from the moment I walked into the place it needed some work. But there was a bunch of good people and we set about getting it done.

It’s unusual in Hobart to find the head office of an international firm but that’s what we were, although much more so these days. There were lots of opportunities.

Moving from HR to chief executive is not the traditional career path. When I give talks to HR people – which I get asked to do from time to time – I’m usually seen as the one that got away.

But when I was in the public service, although I specialised in HR, I was also in a management role. I had been a state and national manager and I could translate a fair bit of that experience to here.

The more important thing was setting myself up as a transitional CEO. It was always going to be the case that if I was good enough to stay in the role, I would be leading the business through a period of major change.

The removal of manufacturing tariff protection meant it was a given that Blundstone would be affected. It was just a case of how soft the landing was going to be.

The owners resisted moving the production we still had here overseas but the reality is, we would have blown out backwards once the global financial crisis hit and the exchange rates began to move.

My experience prior and in this business enabled me to get a pretty decent fix on the challenges confronting us and take our people through it.

A lot of the people here who were successful in the old style of the business have largely found a way to be successful in the new environment. And going through that has enabled us to build a wonderful corporate, internal confidence.

You lose so much time turning over people. You think you’re doing something but you’re actually going nowhere. We were able to hang on to a core group of people and we’re marching forward.

The reality is – and without being anyone’s fault in particular – we had a take-off in the 1980s and 1990s that we didn’t capitalise on. We didn’t have the capability to do so from a manufacturing point of view.

It meant that we let people down. People said we don’t want to know you anymore.

But this time we’ve geared ourselves for another period in the sun. We’re currently on a J-curve with all sorts of possible trajectories.

In the years gone by we have targeted places like Canada and the US, Western Europe and Scandinavia. We’ve also had a 20-year market in Israel that came about by someone approaching us.

Today our sales in Israel and Canada are taking off. We’re at the point where we are now one of the mainstream boot brands in both of those places.

Last year, one in every 15 Israelis bought a pair of Blundstone boots. And that’s from all walks of life and across the age and gender divides. It’s really heartening to see.

In Canada it is difficult to walk into a town of any size and not find a Blundstone stockist with a decent size display.

We’re also taking off in Japan. It is off a small base but we have grown very significantly very quickly. It’s very much in the urban and fashionable areas where it is about people looking good.

Our market in Italy is really substantial. In Italy, choosing footwear is almost a national hobby, so the fact that people are choosing our products in large numbers and paying high prices for them in comparison to other brands is a real notch for us.

Blundstone products are available elsewhere in Europe and we appointed a distributor in the UK a few years ago that is doing a fantastic job. There is a natural market there because of the climate and the ex-pat population and they are doing a really good job building it.

We do our own distribution in the US – we took that on a few years ago – and our growth program there is quite targeted. It’s in its relative infancy but we are forecasting substantial growth in that market.

We think the US will be our largest market overseas within the next 2-3 years, unless we get a surprise from somewhere else.

New Zealand is also a very substantial market, particularly in the safety footwear market. And against this backdrop, our Australian sales have also been growing heavily, both in safety footwear and we have been doing a lot of work extending our range.

We recently won a design award. It was not something we set out to do but it is great to get that sort of recognition along the way.

Sales of our leisure products have been in decline for some time but over the past two years they have really started to turn around. It has encouraged us to launch our overseas range locally and expand the range in terms of colours, styles and shapes. We also want to attract more women towards the brand.

We figure we have that capability overseas so we should do it in Australia too. We almost owe it to our home market.

We want to remind people about what we are. There is a view that we’re a very strong workwear brand, and those in that space would recognise that, but there are a lot of people not in that space who don’t really connect to the brand.

There is a whole generation who are now visiting the Blundstone brand for the first time. They are seeing the products with a bit more pizazz.

We have always relied on word-of-mouth marketing. That’s where the real power is. And in the social media world, there are much more opportunities and it spreads much more quickly.

But consumers are also better informed. So you have to be genuine. It can’t just be a cute marketing story.

I’m very lucky to be managing the family business that I am. In terms of the support I get, it is fantastic.

The owners of the business have only ever been supportive and never interfering. It’s quality sounding board activity and I’m never in the position where I feel as if my loyalties are divided between the family and the business.

They are incredibly proud of what we’re achieving.

The other element is I don’t have a group of shareholders that need to be convinced every year the management team is worth keeping around.

This business has been around for nearly 150 years so they take a long-term view on all things.

It does have an impact a little in terms of risk. We’re never going to be a business that just spins a wheel and sees what happens.

We will always take a measured approach to whatever we do. We owe it to all the people who have built this business over the past 150 years to take it to the next stage and not spoil it.

There’s no doubt this business relies very heavily on a core set of people skills and that can easily keep me awake at night.

But the biggest issue for me at the moment is picking the right rate of growth in the assumptions in our forecasts.

We are working to make sure our supply chain can expand but in a responsible way. If we get that wrong, if we assume a growth rate that is too high or too low, we could get ourselves in hot water.

We are currently opening a new factory every couple of years and we envisage that will continue for some time. But if for some reason our growth was to explode or suddenly decline, we would have a problem and I wouldn’t be sleeping.

We have to regularly revisit our plans to make sure we’ve got it right. But we are trying to get a read on something at such an early point.