Susan Alberti’s life is a lesson in resilience, self-belief and overcoming the odds 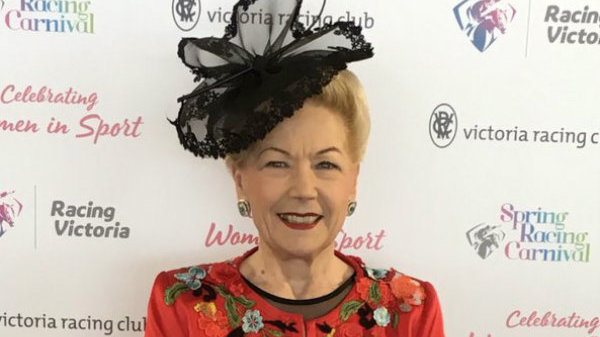 Pick a chapter, any chapter, in the life of Susan Alberti and you will discover any number of heartrending personal tragedies, jaw-dropping professional endeavours and a series of extraordinary crusades and triumphs that have literally changed the lives of men and women in Australia. If there was ever a life less ordinary, Sue Alberti is living it.

She is a pioneer, a successful businesswoman, a philanthropist, an advocate for medical research who has raised tens of millions of dollars for diabetes research, and a madly passionate supporter of AFL who was instrumental in the formation of the women’s competition and fought not just to keep her beloved club, the Western Bulldogs from folding but to win a premiership in 2016.

Had fun filming with @Libbi_Gorr for @abc730 at the @MCG, talking about the 2017 @AFLFemale national competition. pic.twitter.com/tHUB4Sf1u7

Throughout her life Alberti has battled bastions of male-domination, grief, cancer, diabetes, and court rooms and in virtually every instance she has defied the odds. As she put it, she’s “had more doors slammed in her face than most” but she is dogged in pursuit of what she believes is right.

“When I believe in something and think it is the right thing, I’ll never give up,” she tells Women’s Agenda.

The makings of success

Alberti was born in a working-class suburb of Melbourne and grew up in a housing commission. “I had nothing, I’ve worked for everything I have.”

In 1967 she married an Italian immigrant Angelo Alberti and together they went on to build a construction business working on commercial and industrial projects.

“I was a co-director and handled all the finances and back office,” she says. “I worked like a dog — seven days a week, 16 hours a day with Angelo.”

They were frugal and focused and by the mid 1990s had more than 300 staff. In 1970 they had a daughter, Danielle, who was diagnosed with diabetes at the age of 12. On a Sunday morning in 1995 tragedy struck. Angelo was killed in a road accident — he was on his motorbike when a garbage truck driver ran into him and fled the scene.

Alberti was left devastated and widowed, with a significant enterprise to run and a seriously sick child.

“We had 300 employees and several projects underway and I was in shock,” she says.

“I was thrust into a leadership role overnight to run a very large organisation in industrial and commercial property. It was really tough going.”

She had three options: to sell the company off, go public or continue. After going away for a few weeks to have some time on her own with no outside influence, she decided to continue.

“I was prepared for the position, not expecting that I’d ever have to do it but because it was our joint business,” Alberti says.

“Angelo was the front man which is the Italian way – women didn’t do that but I was put in the position and ran with it.”

She went back to school and became one of the first registered female builders in Australia. She also joined a syndicate of chief executives — who were all male business leaders — who offered her tremendous support. “I could speak to them in confidence,” she says.

Alberti says having worked in building since the 60s had toughened her up. “It was extremely rare to see a woman in that industry back then. Dealing with only men had been my norm every day of the week.”

She wasn’t meek because of it and instead got on with it and spoke up when things weren’t right. Having experienced her own share of unacceptable behaviour she is thrilled #MeToo has started a conversation about what she says has been taking place “behind closed doors far too often”.

“I think it’s fantastic that it’s being talked about and that people are listening,” she said.

“It is long overdue. I speak to young women and I say talk about it more, bring it out. Don’t hold back any longer. This should not occur.”

Speaking up isn’t easy but Alberti is adamant that is the way to create change.

“It’s coming out and it’s good that it’s being aired because women are less afraid to speak. I haven’t held back — I have spoken — and I have been threatened because of it. People have asked why do this? And I say why shouldn’t I?”

In 2008 this led Alberti to sue Channel Nine for defamation. Alberti and four other female football directors wrote a letter of complaint following a segment on The Footy Show where Sam Newman groped a mannequin with a picture of sports journalist Caroline Wilson’s face on it. An apology was sought, instead Newman called them “liars and hypocrites”. So she launched defamation proceedings and won. (She donated the pay out to diabetes research).

“When I took on [Nine] I was warned by everyone — ‘You are taking on the establishment. You shouldn’t do this’. I believed at the time it was the right thing to do and I wasn’t going to let the person get away with it.”

The fact she was in a position to do that only reinforced her belief that it was right.

“If you’ve been reasonably successful then I believe you have an obligation to give back,” she says.

In 2001 Alberti endured the unimaginable. Her daughter Danielle was 32 and living in America when she became seriously unwell with complications from diabetes and needed a kidney transplant. Sue arranged to be her kidney donor and flew to New York to bring her home for the operation but on the long flight back to Australian Danielle had a heart attack and died in her mother’s arms. The grief was unbearable and fortified Alberti’s determination for better prevention, treatment and to find a cure for the illness.

The vehicle for this mission is the Susan Alberti Medical Research Foundation, which has raised tens of millions of dollars for type 1 diabetes research, which she considers a crowning achievement.

Thank you to everyone who attended this morning's @SusanAlbertiMRF women in footy charity breakfast. Your support is very much appreciated. pic.twitter.com/87lNpjpc2j

Back in the early 1980s Alberti was “floored” to discover there were only two people researching diabetes in Australia.

“Research and science is slow but I have watched technology come so far in such a short space of time,” she says.

“I’ve seen medical research evolve over 37 years and the collaboration here and around the world continues to grow. The government now see it as absolutely necessary to support medical research. That support didn’t exist back then.”

Another change she’s seeing that is heartening is the world opening up more and more to women.

“If I was a young woman today I would be really excited because times are really changing,” she says. “The opportunities for women in sport and in business are just fantastic.”

Her advice to women is simple.

“Aspire and dream big, be respectful and don’t take no for an answer. Nothing will ever fall in your lap, work extremely hard. Establish yourself and opportunities will arise.”