Sweet success: How Sarah Wilson turned her I Quit Sugar blog into a global phenomenon 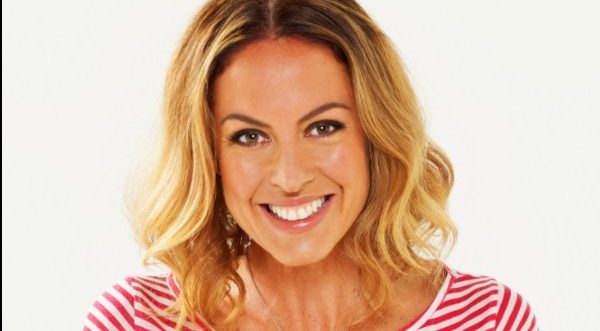 Sydney-based television personality and journalist Sarah Wilson started writing a blog about quitting sugar just over three years ago. Wilson, 40, used her researching and editing skills to turn the blog into a series of ebooks, enticing book publishers, and 12 months ago started employing a full-time general manager to help her run the business. The I Quit Sugar empire now employs 13 people and is turning over $1.8 million annually.

I was a blogger and was writing a column for Sunday Life when I first wrote about quitting sugar in January 2011. It just went mental and everyone wanted to know more. So I went off and researched. I interviewed experts and cardiologists, and tried to get to the bottom of the problem of sugar.

Readers asked me for a package of my writing so I developed an ebook of the eight week-program. I was pretty much the first person in Australia to make a full-time career from creating ebooks.

I thought my first ebook might sell 100 copies, but it sold quite a lot more than that. That’s when the book publishers started approaching me.

I went from being a journalist, to making ebooks, and then the traditional book publishers approached me about print books. Usually it happens the other way around.

Everything I’ve done has evolved in an organic way. We try things and give it a go. We see what happens.

Around a year and a half ago the business was growing and people wanted much more information. So I had two options: either I continue operating on my own; or I do this properly. I thought I had no choice because the demand was there and it was such an interesting challenge. It was a very organic process, but I had to make that call: it was either me on my own or I have a team.

I now employ a general manager, who joined me a year ago. She used to work in magazines and we used to work together. We’re the same age and great friends.

I’m a very cautious operator. That’s why the online world is great. I can put content out there and people interact with it. I get feedback before I commit to anything.

We respond to our readers, constantly. It is very community based.

I think being an editor of Cosmo, having that magazine approach, has been the most valuable. I’ve always worked in mass media, so being able to take information and then present it in a way that is  appealing to the mass market is something I’ve spent my career doing.

I see myself as a conduit, being able to take complex information and make it palatable. The layout of my ebooks is unique and that comes from my magazine experience in being able to collate information in a way that is readable and visually appealing.

I’ve also done a cadetship and have journalism training so I have research skills. A lot of what I do is about personally selling my product and I can go on TV and radio and that really helps.

We don’t put any money into sales and marketing. It’s all word-of-mouth and community based. I don’t like that world; I won’t be sold to. I will only take advertising [on the I Quit Sugar website] if I personally use or like the product and can endorse the product to the community.

I’ve never sat down with a whiteboard and had a plan. I’ve always moved to areas where my passions lie. I’ve left big jobs when I reached a point where I’ve stopped growing. I never thought I would be employing people. I thought when I got sick [with autoimmune thyroid disease Hashimoto’s in 2008] that was the end of my career.

I started off without a cent and I have not invested any additional money at all.

I only employ someone once I have the money. I also ensure that I always have three months’ pay for everyone in the bank in case something goes wrong.

Through the books and the online program, we estimate 280,000 people have done the eight-week program.

The online program accounts for about 60% of revenue and it only kicked off a year ago. The third program is about to start and we plan to run three or four a year. Ebook sales account for 28% of revenue, while advertising is only 12% of revenue.

I left magazine publishing at a time when revenue was struggling. I saw that and thought I don’t want my business model to be based on adverting. Partnerships, yes, but straight out advertising, no.

I don’t worry about the financial side of things or whether something will work or not because I’ve come to trust my anxiety and stress. I am a perfectionist and a pedant, and have incredible attention to detail. I’ve realised that actually ensures things don’t go wrong and it’s a source of comfort.

What keeps me awake is whether I’m a good boss. I have high standards and I worry that this translates to my staff. My fear is that I will push them too hard. I have such a wonderful team of young people and I don’t want that enthusiasm to be exhausted.

I’m an introvert and I’m very much a solo operator so I’m not affected by what others are doing.

I think in the industry I am in, there is room for everyone. I do see others emulating what I’m doing but it doesn’t bother me. I want to keep moving forward. And it’s something I try to remind the team of. If someone else is doing something similar to us, I say: “Don’t worry, we were doing that six months ago and we’re having much more fun now.”

I do put my professional blinkers on. I used to read every blog and try to emulate what others were doing. But I then got to the point where I stopped. You’ve got to have your own vision and voice. You need to have a clear 180-degree view in front of you and you can’t look back.