Switching to the “dark side”: How Lady Jane Edwards created a multimillion dollar PR firm 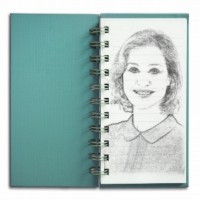 A journalist for 12 years, in 1988 Lady Jane Edwards decided she wanted a career change. After running the communications team for the World Expo 88 in Brisbane, she realised there was an opportunity to start her own business.

Edwards was at the forefront of what is now the thriving public relations industry. She noticed there was a niche for a company to work with clients who wanted to be profiled, or who wanted to raise awareness of their business.

So, in 1989, Edwards founded her own PR consultancy, now known as BBS Communications.

“It was interesting because people didn’t really understand what it was,” Edwards says.

“When you told people you worked in communications they thought it was connecting telephones.

“I had to tell them from the beginning what communications was and how it could help them to do business, it was a big education process.”

For the first 10 years Edwards had to approach journalists she thought could be interested in moving out of the profession in order to build her team, but now times have changed.

Edwards never imagined how successful the business would turn out to be and doesn’t feel she was “naturally cut out for business”. However, the firm is now one of the largest across Australia, New Zealand and the Asia-Pacific.

“Now, 25 years later, I can say I took financial risks I would never contemplate taking, I just thought everything would be okay,” she says.

But the risks paid off and the business is now turning over around $3 million a year. Edwards spoke to SmartCompany about weathering two financial crises and balancing family and business.

Edwards admits, unlike some entrepreneurs, she’s not a “notoriously early” riser.

“I’m in the office around 9am, but I wake up at 6.30am and check my emails and have coffee with my husband,” she says.

“Each morning we go to the same coffee shop and we bump into all the same people. It gives me time with him in the mornings, so if I’m busy in the evenings at least we’ve spent time together.”

While Edwards doesn’t arrive at work until 9am, she says her staff tend to start around 7.30am. When Edwards arrives she meets with all the teams and her two senior employees.

“I then look at the books and see if there’s any slow payers, before sitting down and retuning phone calls from our client base,” she says.

While her role has changed a lot since the late 1980s, Edwards says she is still highly involved with clients.

“I see our top 10 clients at least once a week. While I have the most wonderful staff in the world, who are all very committed, sometimes the client just likes you to come and show you’re interested,” she says.

“I also spend a bit of time coaching and mentoring the senior partners about how they can develop their profiles better. They’re so overwhelmed with work they don’t have a chance to work on their profiles, but it’s a critical part of business development.”

One of her proudest accomplishments to date is that the business has weathered two recessions.

“For someone not naturally born to be in business, but who is dogged and determined, it’s the survival instinct which kicks in,” she says.

“The fact we flourished in spite of the economic hurdles is a source of enormous pride. The other thing I feel quite emotional about is the number of wonderful staff we’ve had who I’ve chosen and mentored.”

But having seen the effects of two recessions, Edwards is not complacent.

“One of the things that keeps you leaping out of bed in the morning is the fear of things collapsing, so I’ve never felt completely sure of our future, which sounds odd after 25 years, but it’s a great motivator.

“Looking back, the fact I’m always looking to see where the next work would come from has sustained us well. But it was probably about 10 years in when I realised there would be a continuous work stream and there would be people to employ.”