Ten lessons in building a business and selling it for over $50 million: Ryan Trainor 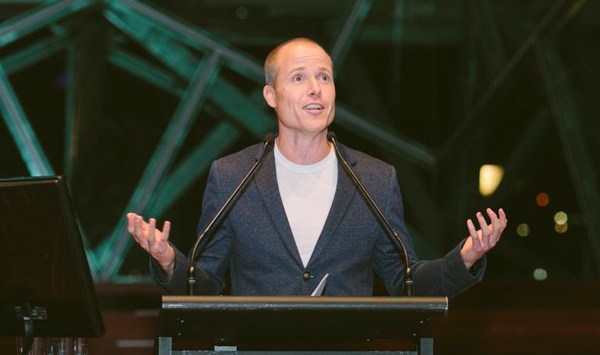 “Have a crack and back yourself,” says serial entrepreneur and BRW Rich Lister Ryan Trainor.

Trainor sold his education business Franklyn Scholar to Kaplan for “between $50 and $100 million” and his latest venture is Republica Education which includes the Tractor Design School, Beauty EDU, BSchool and Mercer School of Interior Design.

These are Trainor’s top ten tips:

Trainor says he got his work ethic from his parents who ran a small business. “They had a stall at the Croydon market and as a six-year-old I used to get up at three in the morning and Mum used to have to drag me out of bed,” he says.

“I still remember it.  It taught me so much about working hard.”

Trainor says these early lessons have set him in good stead.

“When the going gets tough I know how to pitch in and work hard,” he says.

Trainor says he “scraped through high school” and it’s not until a few years later that he came up with the idea for his first business focused on reducing shop lifting for small business.

This first business was based on the experiences of Trainor’s mum who was a covert loss prevention officer for Coles apprehending shoplifters.

Trainor started writing a course and sent out 100 faxes to potential leads. He then cold-called the national manager for Franklins supermarkets and set up a meeting.

Trainor describes it as a “defining moment” when the manager asked “Ryan do you provide covert loss prevention officers?” and he said “Yes, of course I do”.

3. Hire people at the right time

Trainor scrambled to recruit all his mum’s friends and within two years the business had close to 300 staff and was looking after most of the major supermarkets in Australia.

“It was about taking a risk at the right time to hire people,” Trainor says.

“At an early age I realized I needed to surround myself with very smart people.”

4.  Not everyone is an entrepreneur

Trainor sold the business in 2000 to Wilson Security (now Wilson Parking) but then struggled to find his way.

“At that stage I felt I knew everything and I had a bit of ego associated with it.”

After this Trainor says he had four or five years “in the wilderness” working out his next move.

“There is a great myth about entrepreneurship that everyone can be an entrepreneur,” he says.

“You have to ask yourself ‘Am I a number one, number two or number three?”

Trainor says that he is a number one as he has the vision and leadership skills but he needs a number two and number three in his business to succeed.

“You can make just as much money as a three and a two as a number one,” he says.

“Some times it’s about what skill set you have.”

After selling his business Trainor went back to school to study at MIT in the United States.

“I basically shamelessly stole all the ideas and thoughts and networked,” he says. “I found everything I needed to know to give me confidence to go again.”

Now Trainor sets aside a week or so a year to go and do further study in order to take time out from his business and focus on strategy.

6.  It takes the same effort to play big as to play small

“It takes exactly the same effort to play big as to play small,” he says.

“You have all the same problems but sometimes the reward is greater.”

In order to build a big business Trainor says you have to learn about and understand debt or as he puts it: “How to actually leverage debt responsibly and leverage your equity.”

7.  Don’t be blinded by the startup myth

Trainor says there is too much focus in the SME community on startups.

“I often think a startup is riskier than buying a business,” he says.

“Buying a business means you already have a platform to move from.”

Trainor says there are ways to use debt to fund your business acquisition and once you’ve bought a business you have people there working for you already and the ability to scale.

“I found the very best advisers around,” he says.

“I put a business plan together and said I would do some acquisitions in the RTO space.”

Trainor then went and presented the idea to the banks.

“We raised $20 million in debt to do acquisitions and Westpac Bank said it wanted to invest in the idea.”

Within 2.5 years Franklyn Scholar was educating 25,000 people in Australia.

Trainor says at this stage he was going “toe-to-toe” with the bank doing acquisitions even while cash flow was lacking.

“There are times in life you need to take a quantum leap,” he says.

“People say ‘God you took so many risks along the way’. Risks are calculated.”

Trainor and his wife sold their house to fund Franklyn Scholar.

“At some stage you have take a step, you have to back yourself in,” he says.

“The EBIDTA was there all the signs were there so to actually do that was one of the easiest decisions we ever made. That decision kind of set us up.”

With $50 left in his bank account, Trainor sold Franklyn Scholar to Kaplan for “between $50 and $100 million dollars”.

“I went into a spare room and I bawled my eyes out in this room in [law firm] Hall & Willcox from just the pressure,” Trainor says.

“Everyone has ideas and nothing goes linear. It’s the squiggly line.”

“The reality is we are all going to die anyway so we may as well be doing stuff we want to do,” Trainor says.

“The biggest pressure I put on myself was the belief I could actually do it.

“In life there are times to make a quantum leap. It’s not about being reckless it’s about doubling down and backing yourself.”

“There are no silver bullets. We are all going through it,” he says.

“At the end of the day it comes down to having a crack, backing yourself at the right time and getting all the facts and data to make the right decisions.”