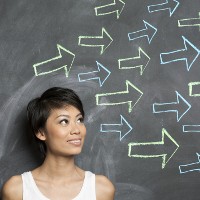 Started last year, the movement aims to bring change to 4 billion women on the planet and the 250 million girls currently living in poverty. It also aims to showcase the fact that when women are economically empowered to generate their own income, the good majority of that income goes back into their families and communities.

To celebrate WFED, we wanted to highlight some female entrepreneurs who are doing some amazing things online and creating some serious employment opportunities for Australians, and generating significant wealth in the process.

We chose the online space as it’s the ultimate equalizer. It provides opportunities for women who may otherwise not have had the resources to pursue an innovative business. It’s also where we’re seeing women demonstrate excellent scalable and adaptable business ideas with limitless global potential.

We’re keeping this list live and will continue to build it today. Please let us know which women you’d include by getting in contact. We’re looking for great online platforms that are genuinely scalable and are well on their way to creating seriously profitable businesses.

A list of online entrepreneurs just wouldn’t be complete without Simson, the founding director of online giving platform RedBalloon. Simson started the platform in her own home with just a $25,000 personal investment shortly after the dotcom crash, and has since gone on to create a business with annual revenue estimated at more than $60 million, according to our sister publication SmartCompany. With 900,000 followers on LinkedIn and having published 940 blogs in ten years, she’s a regular commentator on business, workplace happiness and following your passion. She’s also an investor on Channel 10’s Shark Tank.

The co-founders of Expert360 — a platform for connecting with freelance strategy, marketing and finance consultants – Loudon and Yue are using their previous experience in management consulting at Bain & Co to fill a major gap in the market for finding and hiring talented individuals for particular projects. The platform now boasts more than 3500 consultants across 50 countries and turns over more than $1 million a year. Having originally invested their own money in the company, the pair have also closed a number of major investment rounds.

Rosso is the founding director and CEO of Digivizer, a data company monitoring social media activity for clients. Having worked in a number of corporate leadership positions before later shifting over to the ASX-listed software company Altium, she had the “entrepreneurial niggle” in her late thirties and decided it was time to get out and launch her own thing. Now in its fifth year and with more than 29 staff, Digivizer works with clients like Telstra, Intel and ANZ. Read our recent profile on Lo Rosso here.

The Stevanja sisters launched online active-wear store Stylerunner in 2012 and say the business is growing at a massive 596% per annum. The pair managed to get started within three months of thinking up the idea, with an ambition to go global from the outset. Stylerunner now ships to more than 65 countries.

Kate Morris launched her online beauty retailer Adore Beauty more than 15 years ago, at a time when eCommerce platforms were still considered a long shot for success. Today, Adore Beauty attracts more than two million people a year, stocks more than 4000 products and was on track to turnover $10 million last financial year. Recently, Morris sold 25% of the business to Woolworths. Check out our recent profile on Kate Morris here.

Cyan Ta’eed is the co-founder of Envato, a global marketplace for developers and designers. With more than 200 employees in Melbourne, the business recently celebrated the $300 million milestone for author earnings. Check out our recent profile on Cyan here.

She calls herself the ‘Chief Executive Pony’ at online retail outlet ShowPo and is causing some serious disruption in the retail space. Having turned over $10 million last calendar year and amassed more than 450,000 followers on Instagram and 500,000+ fans on Facebook, she’s got the youth market for shopping online covered.

George is the founder of recruitment site OneShift, a platform she established in 2012 at the age of just 21. Once a simple WordPress homepage, she now has more than 400,000 job seekers and over 36,000 employers using the service. George recently told our sister publication SmartCompany the business grew at a rate of 400% in 2014 (after being valued at $18 million in 2013).

Hall likes to proudly declare she has a one billion dollar exit plan. The founder of all-in-one events management platform Ivvy (described as the ‘Wotif of the function space and event supply chain’) has been building the business for more than seven years, recently telling us that there are “no one hit wonders in technology”.  Read our recent profile on Lauren Hall here.

Campbell is the co-founder and co-CEO of the Hey You App, Australia’s largest mobile ordering and payments platform for cafes – and a business that incorporates her 2010 founded Posse, as well as Beat the Q and E-Coffee Card. Recording more than 50,000 transactions a week, the company also recently closed a $5 million investment round.

Perkins is the co-founder of Sydney-based Canva, an online platform enabling people to create ‘professional quality designs’ – an idea she came up with while teaching graphic design at university. The platform has since gone on to amass more than four million users and sign 200,000 business up to its new ‘Canva for Work’ offering. It’s also raised millions in funding in the last couple of months alone. Read our recent profile on Melanie Perkins here.